“Back in 2018 I was walking through Queens, we were there visiting my sister and we ducked into this chocolate shop, just because it was a chocolate shop. And the owner was making these architectural molds and making these cool chocolates. And I said to myself,

When we got back to Greenville, I made a heavy silicone mold in the shape of my company logo then melted some Hershey’s bars and poured the chocolate into those molds. Then I brought into work and gave the bars away to some folks on my staff. I was very proud of myself. But I didn’t know anything about chocolate and in a few days the chocolate bars bloomed because they weren’t properly tempered. God they were awful. It was painful trial and error.”

Derek Pedersen and I shared a laugh and I told him I saw that one coming. A Hershey’s bar is bad enough, but one melted and recast into heavy silicone?

A year later we went to St. Lucia, just for a getaway. And while we were there, my wife says we’re taking a chocolate class from this guy that was doing bean to bar chocolate. And it was really cool. When we got home, I bought a small melanger and found beans on a website and once again it was painful trial and error. I was looking all over for information, and I found John Nanci of Chocolate Alchemy and he was incredibly helpful.

When I decided to get serious, I bought this Selmi tempering machine and once you can properly temper, day after day, it changes the whole game.”

Indeed, it does. And it helps if you’re a retired mechanical engineer that learned Computer Aided Design at Corning Glass in upstate New York. A couple of years ago, Pedersen sold his software company and devoted himself to doing something different with chocolate. He doesn’t want to have a retail shop, what he wants to do is make exquisite chocolates in your company’s logo while also teaching other craft chocolate makers how to create their own molds to make custom chocolate bars for themselves. When he really got creative with chocolate, he added the Aether Winnower and the Thunder Laser cutter.

Because if he’s going to make great chocolate in the shape of your company’s logo, he needs a few things the average bean to bar maker doesn’t have. Like a laser cutter/engraver.

“I wanted to do something beyond bean to bar. I’ve experimented with a variety of beans and found my favorites to be from Ecuador, Belize, and Colombia. I love those notes of red fruit and citrus and it makes for a memorable chocolate bar. And I thought that with my background I could do something cool, beyond just making great chocolate.”

Derek uses a Behmor coffee roaster, and a roasting profile developed by John Nanci. He plugs his monitor into the Behmor and it follows that predetermined temperature arc. He’s limited by the Behmor, though, as it only roasts a kilogram in an hour and if he’s going to make a lot of chocolate, the roasting process can be time consuming.

“If I have a large project, I’ll buy roasted beans from Alchemy and I like the quality a lot. And that saves me basically a day’s work. It frees me up to do bigger stuff.”

That bigger stuff includes creating a sheet of custom molds in a few hours. Using food-safe, non-shiny polystyrene that he bought for a song, he can create 25 molds for less than $10.00. The polystyrene molds cool quicker than the heavy silicone and they’re less likely to leave release marks on the bars. And with his knowledge and expertise, he’s able to create a custom wrapper in less than an hour.

A potential customer will reach out to him, often it’s a company celebrating a milestone, and he’ll swipe their logo from their website, run it through an AI program which upscales the logo and gives it a boost of definition, pushes the logo, now an SVG file, through his CAD program, then onto one of two sizes of wrappers and sends that off to the customer with a “Something like this?”

“If you’re going to sell anything, you have to make the process as easy as possible for the customer. And that’s something I can do. If they were to go online and buy chocolate bars with their logo, in a custom box, they’ll probably have to buy 500 of them, and they’re going to be lousy chocolate. In a few days I can make them something memorable, with their logo, in a custom box and in the amount they want.”

Since his chocolates are never the same size, I asked about the design of the box. One day Derek was watching a video of Manoa Chocolate and Dylan Butterbaugh help up his paper wrapper. Derek took a screenshot of i,t then recreated the box in a CAD program, sent the SVG file to Accucut and “a few hundred dollars later I’ve got this roller that can cut two sizes of wrappers. Yeah, so I basically stole Dylan’s packaging.”

When I asked him if Dylan understands that none of his ideas are safe from Derek’s high-tech eyes, he laughed and told me he and his bride were recently in Hawaii and met Dylan on a tour of Manao and he was impressed with Derek’s keen sense of entrepreneurship.

Derek’s company, Kontur Chocolate, is in my hometown of Greenville, SC, and he’s a 20-minute drive from my farm.

I went to Belize and spent a month learning how to make chocolate bars from fresh cacao and while I was doing that, 20 minutes away from me, Derek was making not only amazing chocolates, he’s also doing something possibly no other craft chocolatier that I’m aware of is doing.

However, I dare say we never would’ve met if not for my time in Belize.

And if you’d like to have a better grasp on Derek’s process, learn about some of the equipment he has, or want to make your own custom bars like he does, please email him because he really wants to share his knowledge with other craft chocolate makers. (The link to reach out is on the Kontur Chocolate home page, linked to above.) 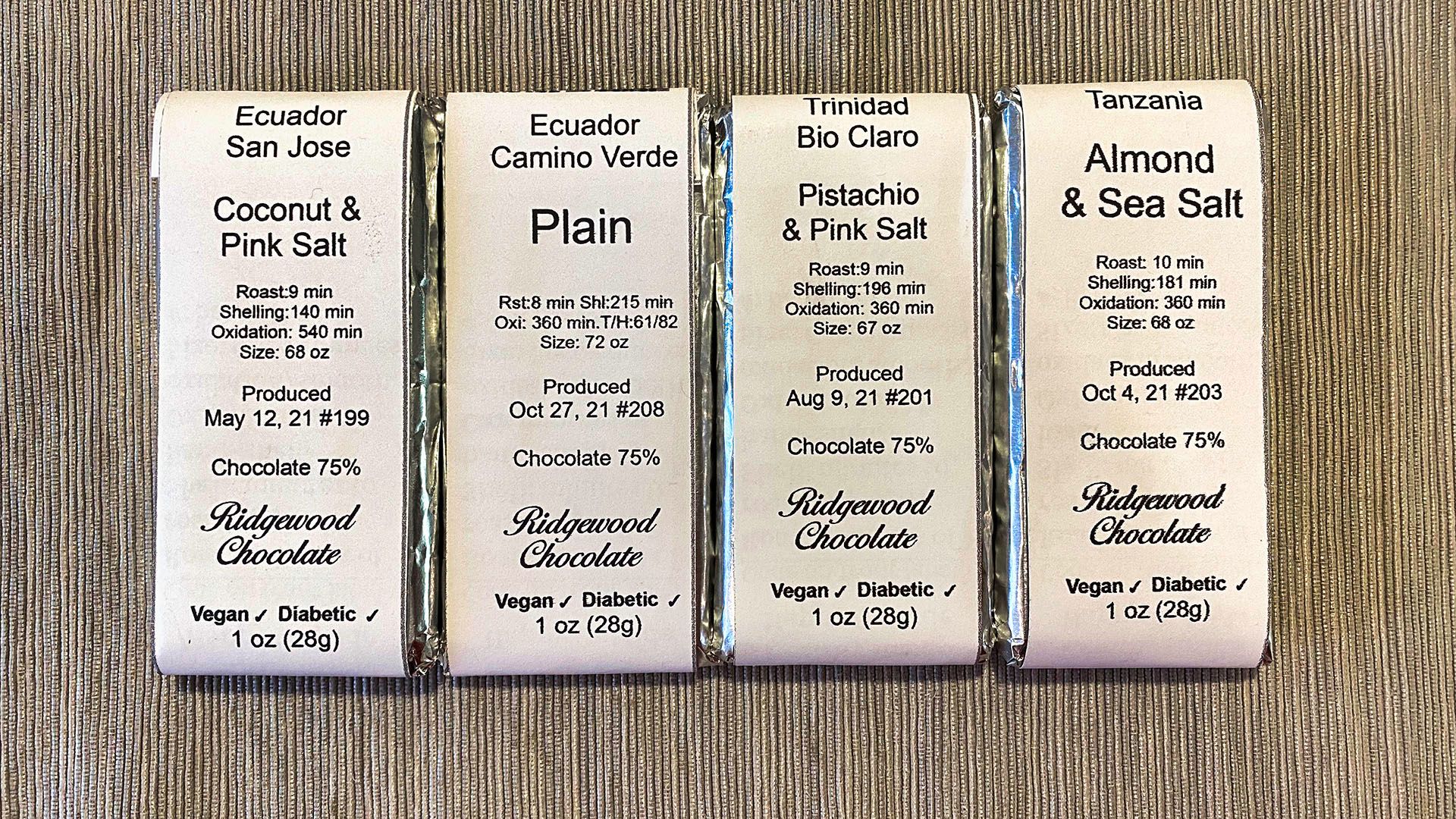 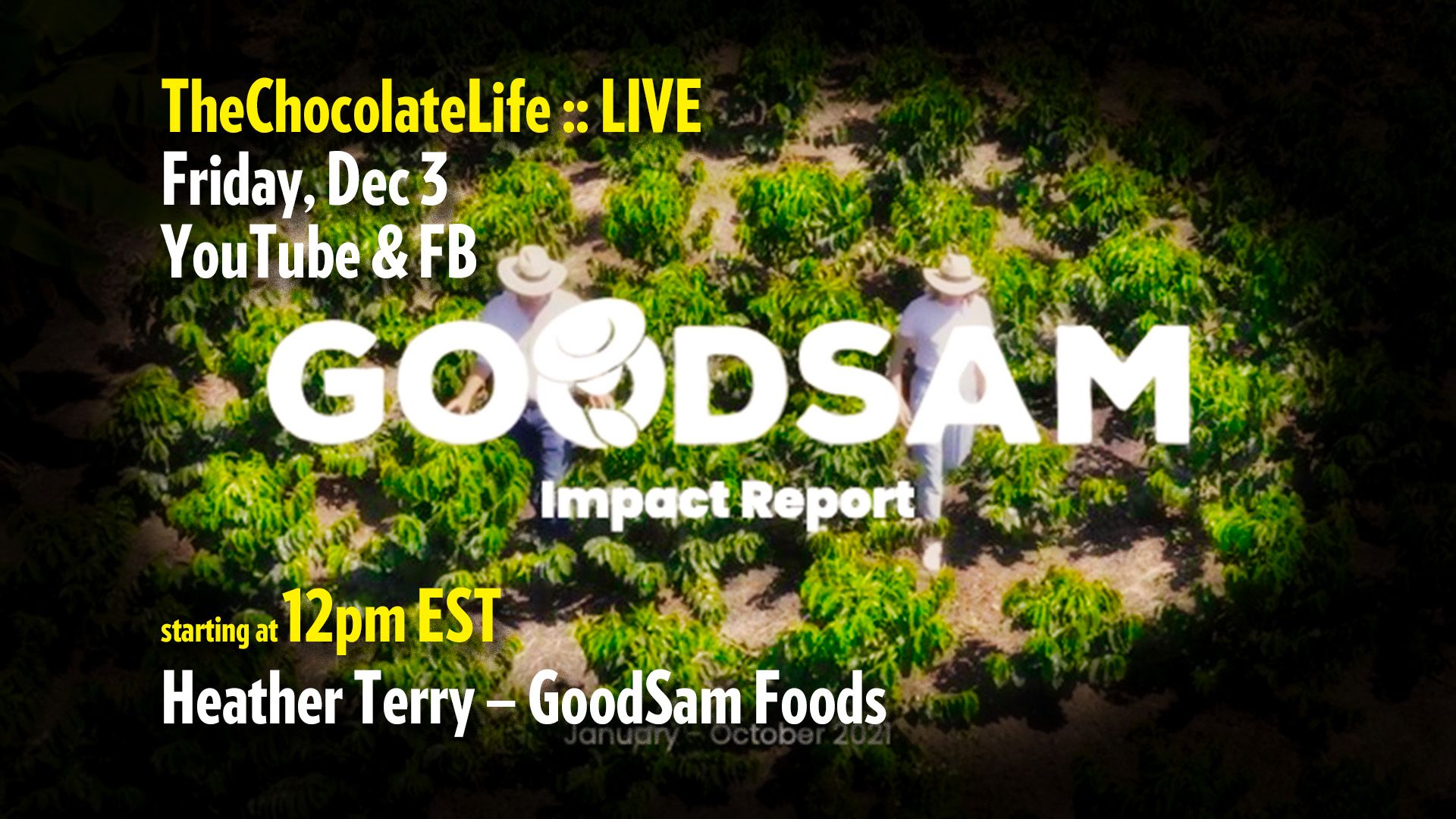