When thinking of poverty in direct terms of a person’s (or a nation’s) livelihood, we generally call to mind starving refugee children, squalid living conditions, un-prevented preventable diseases, seemingly incapable people, and a routine feeling of guilt. Guilt that perhaps we are not directly assisting those impoverished nations well enough, and if we are – why are the statistics about those living in poverty still paralyzingly huge?

There is a constant murmuring in the general public when speaking about charitable giving that says “We are not doing enough. We are obviously not doing enough.” or “We are doing too much.”

There are two highly contrasting yet valid arguments here, but I’ll allow people that are much smarter than me do the talking. Jeffrey Sachs from Columbia University argues that foreign aid is key because:

IT CAN KICK-START A VIRTUOUS CYCLE BY HELPING POOR COUNTRIES INVEST IN CRITICAL AREAS AND MAKE THEM MORE PRODUCTIVE.

On the other hand William Easterly from Columbia University argues that:

Aid does more bad than good: It prevents people from searching for their own solutions, while corrupting and undermining local institutions and creating a self-perpetuating lobby of aid agencies. The best bet for poor countries is to rely on one simple idea: When markets are free and the incentives are right, people can find ways to solve their problems.

So, is there no middle ground here? Is it possible to merge these two solid arguments to create an influential force against poverty? Or shall it always be a warring choice between not helping, and avoiding dependency or helping and avoiding poverty but risking a myriad of generations dependent on outside aid and unable to problem solve themselves?

Overwhelming, yes? Lets take a step back. We enter a crippling zone when thinking about the poverty trap in terms of millions of unseen faces instead of just people. People that are stuck in dreadful circumstances and yes, they need help and money. But these people that make up the overwhelming statistics need us charitable givers to speak to their value as a people group as well as our skills and money. When thinking of poverty, all of those things listed above sure are huge factors. But what about these thousands, millions, of people that operate with the mindset that they don’t deserve to be freed from poverty? What about lack of cultural worth? Value and worth may sound like emotionally flippant concerns but the lack of value and worth in people is as constant a variable in impoverished communities as economic dread.

When we walk into poverty stricken places and say “Here is money, do this or that with it”, we are communicating lack of trust in the fact that these people have minds of their own. Thus, communicating that we are much smarter than them. Thus creating dependency.

But what if we looked less at statistical graphs and looked straight into the eyes of an impoverished person and asked, “What do you need? What do you dream of? Where do you want this money to go?” What an abundance of value that would speak to the mindset of these fatigued cultures. Philosopher Peter Singer from Princeton University points out that the majority of us would jump into a shallow pond to save a drowning child, then says that everyone with the ability to do so should help a little to prevent the thousands of child deaths occurring every day in the growing world. Essentially, none of us would decide against saving the child in order to teach them a lesson about how to swim. YET, once that child has been rescued a valuable second step might be to invest in swimming lessons. Go to Singer’s website [www.thelifeyoucansave.com](http://www.thelifeyoucansave.com/) to learn more about what they do.

We have the ability to give greatly, yes. But we also must harness our ability to speak to the destitute and say, “You are worth wading in the pond for. You are worth investing in. Your situation is miserable but you are not.” This is not to say that a few words of encouragement will terminate poverty and all of its traps. We are not “off the hook” by hoarding our resources as long as we speak nicely to those in need. As an organization we believe in both. We believe in investing in people and we believe in empowering them to believe that they are worth investing in, thus creating a culture of autonomy. We have seen people that were once trapped set free simply because we believed in investing in them, and they learned to believe it as well. 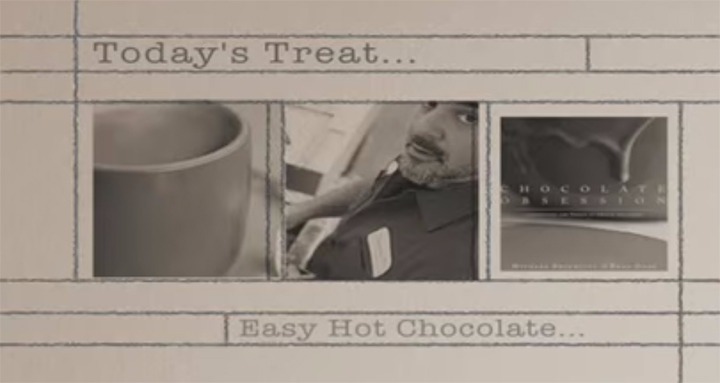 Making Hot Chocolate on a Trolley

A big victory for small chocolate against a giant trademark bully. http://host.madison…