Disclaimers: 1) The day represents when the story showed up in one of my feeds, not when the story was originally published. 2) I have done no fact-checking or additional research on any of the articles. 3) All opinions expressed are my own.

Archaeologists condemned an online ad campaign encouraging children to hunt for real Roman treasure. As a result, Cadbury temporarily pulled its “real treasure hunt” ad campaign for advocating looting. The Treasure Island ads encouraged children to “grab your metal detector and go hunting for Roman riches”, but failed to warn that digging without permission is illegal. The campaign also suggested a number of sites across the UK and Ireland where “treasure’s fair game”.

I can’t say it any better than the article itself does, “Cadbury has shown a gross misunderstanding of, and brazen disregard for, heritage assets in the UK and Ireland.”

Does the fact that Cadbury is now a global brand owned by Mondelez contribute to this attitude? Or is this another casualty of Brexit?

Read the full article at The Guardian.

Sunday: All You Need to Know About Cacao Bliss

I call BS on many of the statements and claims in this article for propagating pseudoscience and/or a profound lack of understanding, especially implying that consuming cacao can prevent cancer.

ORAC (oygen radical absorbance capacity) is NOT an estimation of the quantity of cancer prevention agents in a food. According to the Wikipedia entry linked to above, “it was a method of measuring antioxidant capacities in biological samples in vitro. Because no physiological proof in vivo existed in support of the free-radical theory or that ORAC provided information relevant to biological antioxidant potential, it was withdrawn in 2012.”

Cacao is normally expended as nibs or powder. Nibs are essentially dried and softly simmered [Ed: WTF? softly simmered?] cacao beans while the powder is dried and ground cacao beans [Ed: from which most of the fat has been removed]. I incline toward the powder over the nibs. Cacao nibs are a tasty tidbit however have somewhat lower levels of cell reinforcements than the powder structure.

Warning: You risk, IMO, becoming dumber if you read the article.

Monday: How Do Cocoa Beans Vary by Region?

The article starts off reasonably enough, stating the “climate and terrain play a large role in the flavours developed in cacao beans. And chromatography is the key technique used to tease out the different flavour profiles.” That’s true enough.

Then the author jumps the shark by writing that “Cacao refers to the tree and products made from raw non-roasted seeds of the tree Theobroma cacao. When we roast the seeds or beans, we get cocoa products like cocoa butter and cocoa powder. The raw chocolate bars in health food stores probably [ sic – WTF?, probably? ] contain cacao, the chocolate bars we buy when we need something comforting are made from cocoa products.” It then goes on to say, “A recent study [snip] used gas chromatography to identify and fingerprint over 100 different volatile compounds from 44 different cocoa bean shells.”

For example, there is no reason to care what the volatile compounds are in cocoa bean shells because shells are not used to make chocolate.

The distinction made between chocolate bars containing cacao as opposed to cocoa is completely nonsensical.

Prepare to be bemused if you read the article at Chromatography Today.

“The difference between cacao and cocoa,” according to the author, is that “cocoa has been processed at high heat, which destroys much of the nutritional benefits of the cacao seed.”

Though this is a common misunderstanding and one that is promoted – misleadingly – by health and wellness quacks, homeopathists, and the superfood industry. While processing steps including roasting and fermenting does reduce some of the nutritional value of cocoa, there is research to support that some beneficial chemicals are created and others are made more bioavailable through this same processing.

The article also goes on to misunderstand and misrepresent the differences between natural and alkalized (aka Dutch processed) powder in baking. If a recipe differentiates between cacao powder and cocoa powder that is not a meaningful distinction. But if a recipe calls for natural cocoa powder and you use alkalized powder it will not rise as the recipe is counting on the acid in the cocoa powder to activate the leavening agent in the recipe.

I read the article at Yahoo Lifestyle so you don’t have to.

“We’re seeing a rise in preference in dark chocolate, likely due to its lower sugar content and perceived health benefits,” said Gretchen Hadden, cocoa and chocolate R.&D. leader, marketing communications manager, Cargill. “Dark chocolate has higher cacao percentages and therefore less sugar than milk or white chocolate. Having to declare that all on a package can be a little frightening,” Ms Hadden noted. “Many solutions have become available in recent years, be it adding fiber or protein, to help offset some of the sugar usage. In addition, many companies are embracing the healthy halo of high-cocoa mass products, which inherently have less sugar in them.”

All dark chocolates have higher percentages of cocoa than milk chocolates is a myth, especially as there is no regulation of the word “dark” when applied to chocolate. What is thought of as dark chocolate fits in the standard of identity for sweet chocolate, which includes semi-sweet and bittersweet. (There is no obvious legal distinction with respect to cocoa content between the two.)

For dark (sweet) chocolates that do not contain other ingredients (dairy ingredients such as anhydrous milk fat aka butter oil are allowed ingredients in “dark” chocolate), a basic rule of thumb is that the cocoa percentage lets you know about how much sugar is in the chocolate. If cocoa content is not listed you can work backward from the total sugars on the nutrition label.

A 65% dark milk chocolate is going to have less sugar in it than a 65% dark chocolate because some of the sugar is replaced by milk, and lactose is less sweet than sucrose. Zotter makes two dark milks with no refined sugar added. Their 70/30 bar is 70% cocoa and 30% milk; likewise the 80/20 bar is 80% cocoa and 20% milk. No refined sugar, only the naturally-occurring sugars in the cacao and milk. Coincidentally, there was an article posted this week on TheChocolateLife – Correcting Fables on Labels – addressing exactly this aspect of these two Zotter bars.

Read the article. Or don’t. All of the sources cited work for processors.

Latin American (Latam) cocoa could soon demand a minimum price of $3,200 per tonne if a proposal from Peru finds support at a gathering of regional producers, one month after their counterparts in West Africa announced a shift in how they price beans. Growers Ivory Coast and Ghana last month said they would institute a minimum price of $2,600 per tonne and require buyers to pay an additional $400-per-tonne “living income differential.”

Peru, the world’s seventh-largest cocoa producer, is proposing the floor. Luis Mendoza, president of the Peruvian Association of Cocoa Producers (APPCACAO) is reported by Reuters to have said the US$3000 price proposed in W Africa is too low. The proposal will be discussed this week with producers from Colombia, Ecuador, and the Dominican Republic at a cocoa conference in Cartagena, Colombia.

One reason why Peru is asking for more money is that because they produce “fine” cocoa which should be worth more than the bulk varieties being produced in W Africa, they should get paid more for everything they produce. While it is true that Peru is on ICCO’s list of fine cocoa producers, and whose exports are (allegedly) 75% fine flavor cocoa, the revival of the Peruvian cocoa economy is entirely dependent on CCN51 (and US taxpayer support via USAID).

While I don’t agree with the reasoning that Peruvian cocoa farmers should get paid more for everything they grow because they grow cacao fino, it is true that cocoa farmers are notoriously underpaid. Setting a price floor in an “open” market without other mechanisms in place to eliminate cheating and fraud is likely to fail.

Read the entire article at Reuters.

Nestlé has released a new limited-edition range of KitKats in the Australian market, KitKat Chocolatory Sublime Volcanic, “featuring one of the world’s rarest cocoas. The rare cocoa is sourced from the nutrient-rich soils of three volcanic islands across Vanuatu, Papua New Guinea and the Philippines, and according to the company is so scarce that it accounts for less than 0.2% of global production.”

First off, it’s actualy three origins not one so it can’t be featuring ONE of the world’s rarest cocoas.

As we know, there are lies, damn, lies, and then there are statistics. Not that I am suggesting Nestlé is lying in this article, just that it is likely they are cherry-picking statistics and selecting the ones that support their narrative.

Then let’s take a geographic fact – cacao grows in volcanic soils in many places around the world. Suggesting that “volcanic” cocoa is rare because you are sourcing beans from countries that do not grow or export a lot of cocoa is … hyperbolic? … at the very least. And it’s not one of the world’s rarest cocoas, it’s cocoa from producing countries that don’t grow a lot of cocoa. Are the varieties involved common hybrids? Then not so rare.

Read the whole article to learn why, though I think Nestlé may be doing some interesting NPD, the marketing language they choose to use is not, IMO, innovative in itself.

And that’s all for this week, folks – The Chocolate News that’s fit to make you think. Maybe. Please comment below and let me know about any interesting news you think I may have missed. 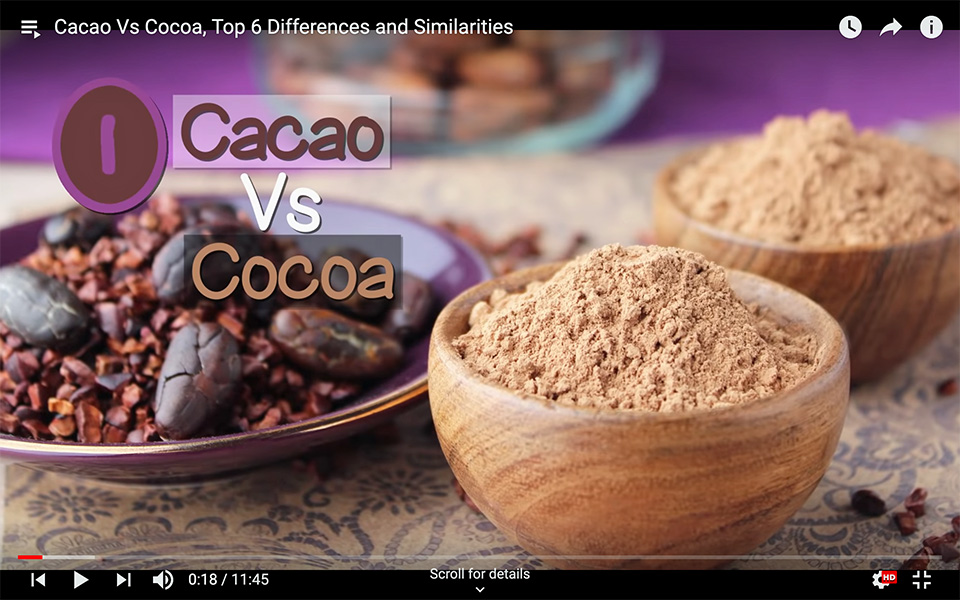 Correcting “Fables on the Labels” 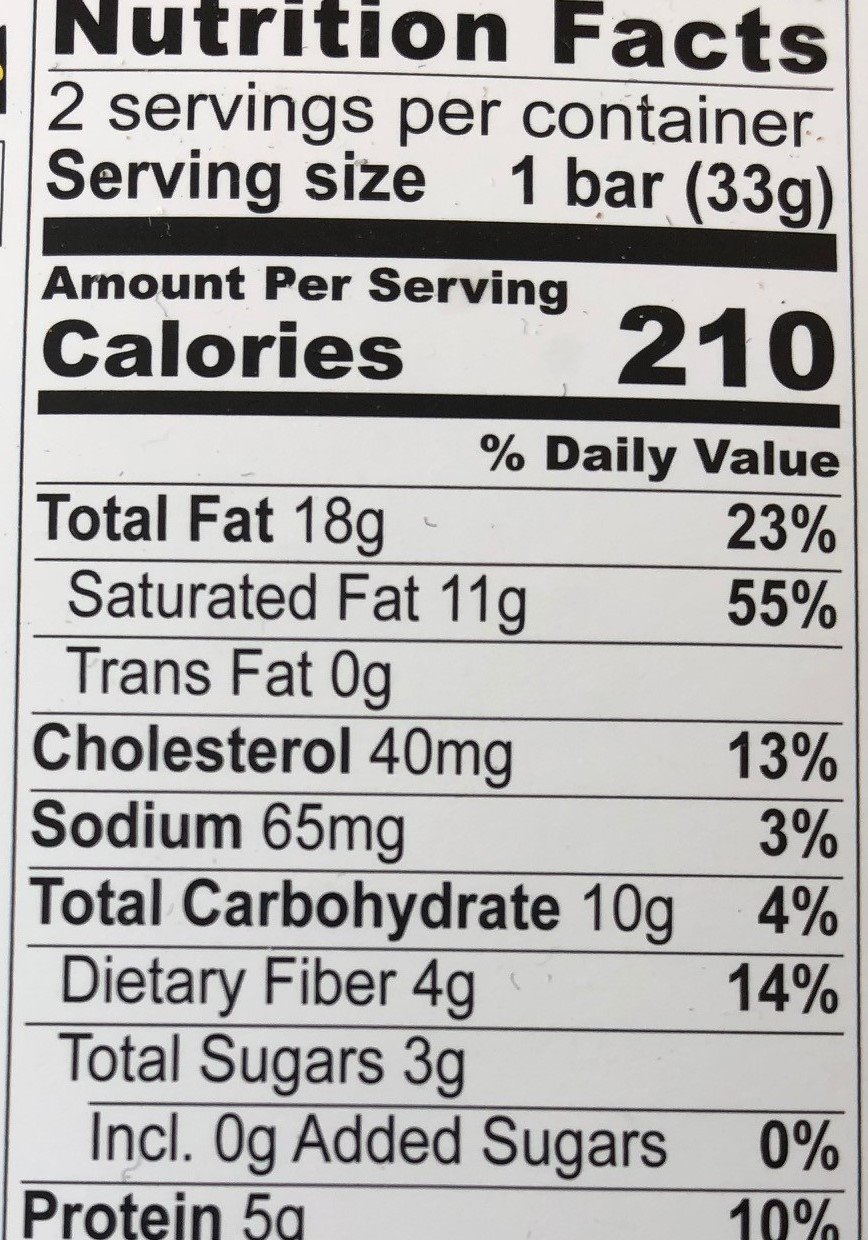