> *As demand for chocolate increases globally, companies that produce it are making sustainable sourcing a key part of their business strategy. For [other] companies with complex supply chains, the message is clear: sustainability means much more than brand management.*

“In the past,” continues King, “when cocoa farmers faced diminishing crop yields, they would simply clear forests and start over. But today this approach is environmentally and socially unacceptable. The only sustainable solution is to seed old cocoa farms with new trees. Unfortunately, population growth, urbanization, and weak land rights are driving up demand for land, thereby undermining many farmers’ ability to invest in and replant their property. As a result, farm rehabilitation is not occurring at the scale or pace that companies like mine need if we are sustainably to meet demand well into the future.” Read the full article, published on Project Syndicate.

My take :: Land tenure is certainly an issue when it comes to the supply of cocoa, and not just in West Africa; I have personally encountered this challenge negotiating the purchase of land in Panama. However the article fails to mention anything about the demand side of the equation. Simply put, the vast majority of all chocolate is made from beans that are purchased for less than the cost of production. Changing global consumer expectations about what chocolate should cost is also something that requires education dollars and effort.

Archived Comments
Clay, you mentioned that “changing the global consumer expectation of what chocolate should cost is also something that requires education dollars and effort.” You then went on to say, “What’s your take?”My take is that it’s not going to happen. EVER. Here’s why I think this way.
1. Right now Cocoa Barry, Cargill Foods, and Nestle make more than half of the chocolate produced in the world today. They also control the price of cocoa beans (even though it’s a publicly traded commodity which I think is a farce). There is not one single incentive for them to raise their prices. In fact there are many reasons why they are trying to keep the price down.
2. The use of chocolate is so pervasive in candy, confectionary, and pastries that an increase in the price of chocolate would have significant, and in some cases devastating effects for many businesses that may not directly be IN the chocoalte industry, but rely heavily on chocolate as an ingredient. Consumers are already price sensitive to many goods. They would in many cases simply buy something else, or not purchase at all, and in a society that is being inundated with the message “make healthier eating choices”, an increase in price overall would help fuel that trend.
3. We live in a world driven by capitalism, which is contrary in many cases to social and moral justice. “Buy low and sell high” is the mantra of business schools all over the world. If the big three voluntarily paid more for their cocoa, and raised their prices accordingly, they would in very short order no longer be the big three. Less scrupulous manufacturers would very quickly step in and offer lower priced chocolate to all of the price sensitive businesses that were being hurt by the increase, and most likely promote it as “ethically sourced” just like everyone else’s (we’ve ALL experienced dishonesty in marketing at some point. It would be foolish to think that will ever end).
4. The chocolate industry is not unique to this pricing model. EVERY industry works this way. Coffee. Tea. Agricultural commodities. Time has shown that when people step in and mess with a capitalistic business model whether through subsidies or artificial inflation of pricing shit goes sideways. Take a look at our local pork, dairy, poultry, and forestry industries here in North America. What a mess!

I think the market right now is at an equilibrium, and as manufacturers we can voluntarily pay more for our products, and advertise that we’re more socially responsible. However at the end of the day, that socially responsible move will negate our ability to grow past a certain point. I have personally found out that there’s a threshold businesses reach where raw material pricing becomes more important than the quality of the end product, and in this industry the threshold is quite low.

@olando – thanks for the kind words about the $100 chocolate bar article. For people who aren’t familiar with it, here’s the link: https://www.themaven.net/thechocolatelife/stories/a-100-bar-of-chocolate-I0jsHQd6YU6e2om8kHF_3w/I like the way you put it … ‘Cheap chocolate’ is the result of ‘value system dysfunction.’

Sustainability initiatives have to stretch across the entire supply chain and that reach has to include consumers. Focusing solely at the farm level does not help address the harm done as a result of ‘value system dysfunction’ over the course of over 100 years.

Milton S. Hershey fled Russian imperialism by going to the USA. His gift to his new home was chocolate. His aim was to make chocolate available to everyone, regardless of social and economic class. So the Hershey Co, was founded and ‘cheap’ chocolate was the iconic Hershey bar. Sadly, as with much of the ‘Western European’ world. Cheap plentiful anything meant, generational poverty elsewhere. A feature evident in cocoa supply chains till today. I still recall Clay’s dissertation on, ‘The case for a $100.00 chocolate bar’. it has never left my mind. The industry must ‘re-wire’ M.S. Hershey. This is the task. ‘Cheap chocolate’ is the result of ‘value system dysfunction’ ie stakeholder value at source [farmer/producers] lags way behind those of the consumer, so the farmer/producer naturally ‘drifts’ toward that space the consumer occupies, all in all seeking balance. That is he/she seeks employment outside the rural setting, just to survive. If I understand the term ‘sustainability’, it must mean increased income inflows to the farmer/producer so that he remains in that rural setting with a comparable quality of life as the consumer. This can only come about by the introduction of a new pricing regime for chocolate and an assignment to the history books of Milton S. Hershey’s ‘gift’. Make ‘cheap chocolate’, a thing of the past.
Next Post 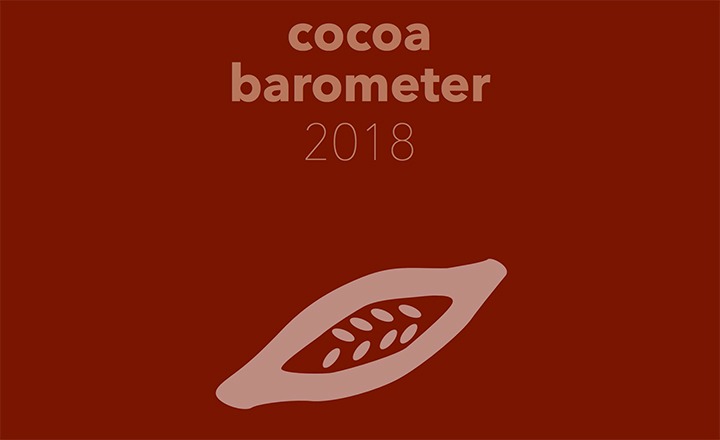