I was a guest speaker at Volumes One and Two of the Dallas Chocolate Festival back in the day and in the intervening seven years I was not able to attend because of conflicts with other shows (IBIE, PackExpo in Las Vegas) and events (Pig Island in NYC). This year I knew I was going to be in Las Vegas just prior to the Festival and I contacted Sander and Emily (the organizers) and arranged to connect through Dallas on my way back home to spend both days at the festival.

And I am very glad I went out of my way to attend.

Before I go any further in this report I want to do something unusual for one of these trip reports and begin by first declaiming my admiration for a particular product I tasted – for me, the standout item I tasted at the festival: 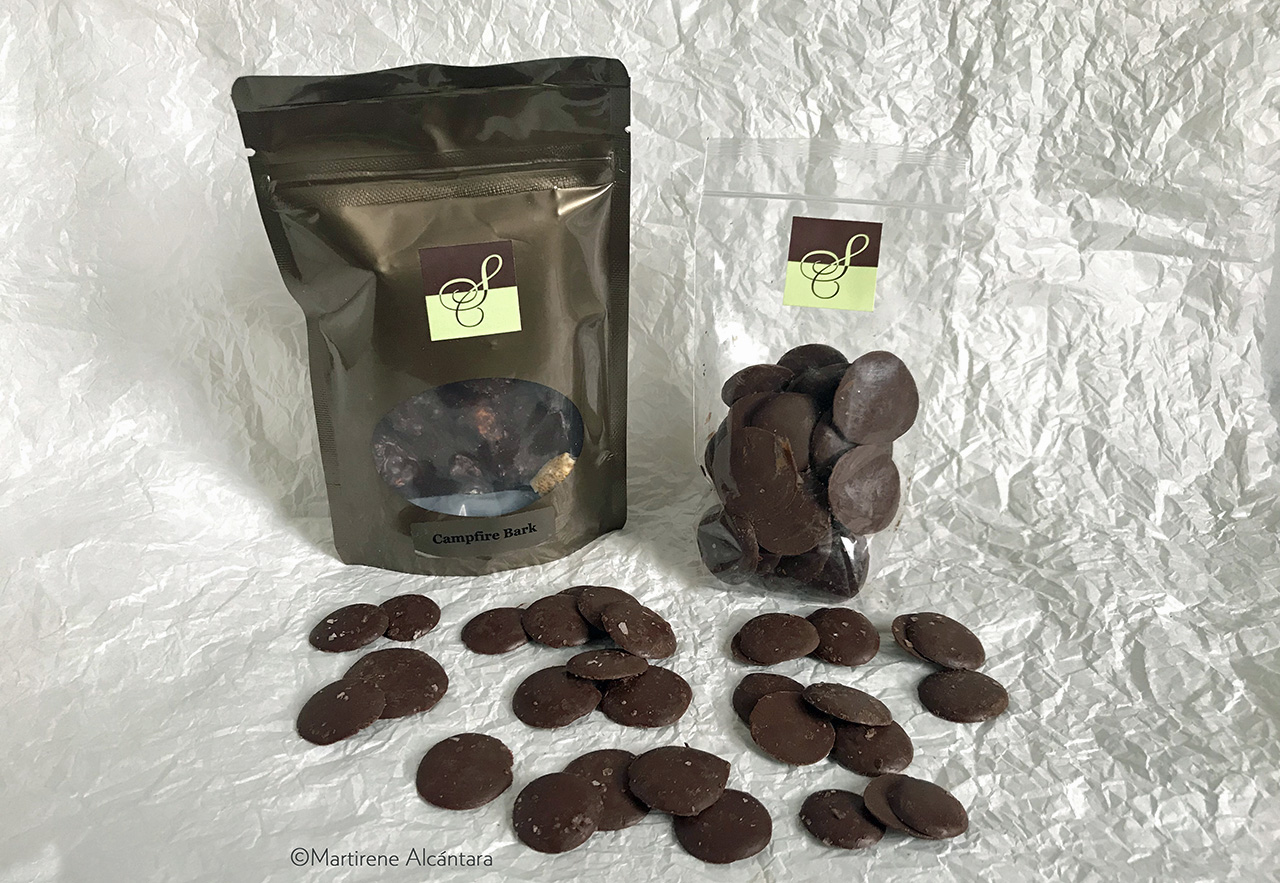 To turn a slightly NSFW phrase, “OMFG!” Olive oil infused with fresh rosemary is added to dark chocolate which is then deposited into small disks which get sprinkled with sea salt.

Why am I departing from my usual format? Because, as a point of comparison, these meltaways are everything (and more) the Keller+Manni olive oil “chocolate” bars should be but aren’t. I would take these modest, unassuming, pieces any day over any of the Keller+Manni bars I have tasted. (Read my review of their Perú single-origin bar.) They’re the real deal, no pretense, no artifice. You want to taste these.

Dr Sue gets the texture bang on when she calls it a meltaway. These small disks literally melt away on the tongue. The aroma and taste of rosemary are present and easily identifiable but they do not dominate. The salt crunch complements the melty chocolate and the hit of salt taste really amps up the flavor in a very nice way. On my scale of 0-4 this rates a 4 – keep your hands off! (but I will share with you if you are really nice to me). 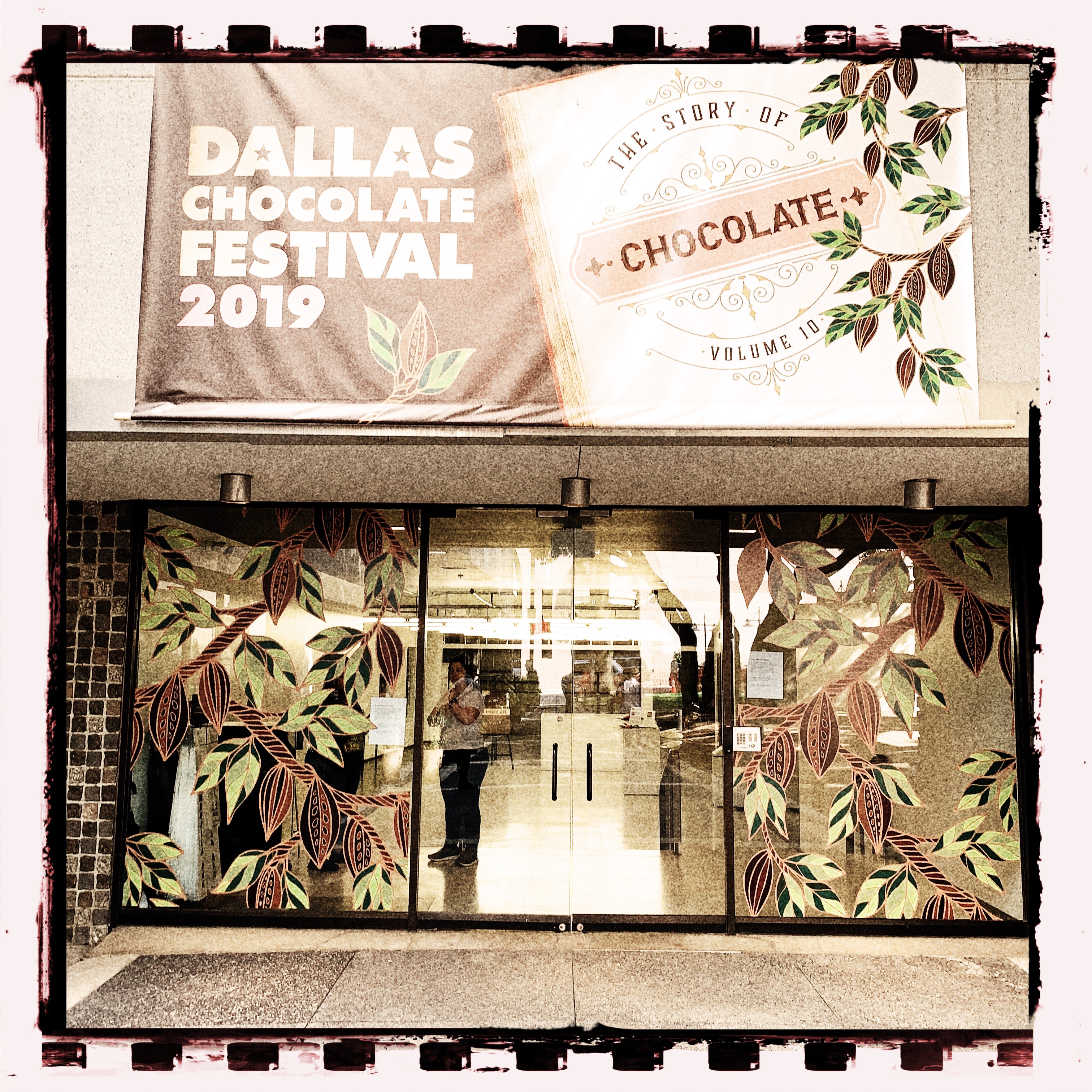 The Dallas Chocolate Festival started modestly a decade ago in the north Dallas suburb of Addison. Though not located in a hotel, the exhibition felt a lot like a hotel ballroom show. Not that there’s anything wrong with that – The Chocolate Show in London (aka Chocolate Unwrapped aka the London Salon du Chocolat) had humble beginnings in a basement venue not far from Marble Arch/Green Park before moving to Covent Garden and then Olympia.

What the Dallas Chocolate Festival gets right is that it meets the needs and expectations of its audience. Dallas is not Seattle. Nor is it New York, Boston, or Paris, Amsterdam, or anywhere else. We’re talking Texas here, people. This understanding is what the organizers have tuned into, making the Dallas festival a reflection not only of its organizers but in the mix of activities and exhibitors, a balanced reflection of the local market.

Local hotels had booths that featured the work of pastry staff and were staffed by the chefs themselves. Local cheese store Scardello Artisan Cheese was offering tastes of three different cheeses with chocolate pairings and cheesemonger Rick Rogers led a chocolate and cheese pairing class. 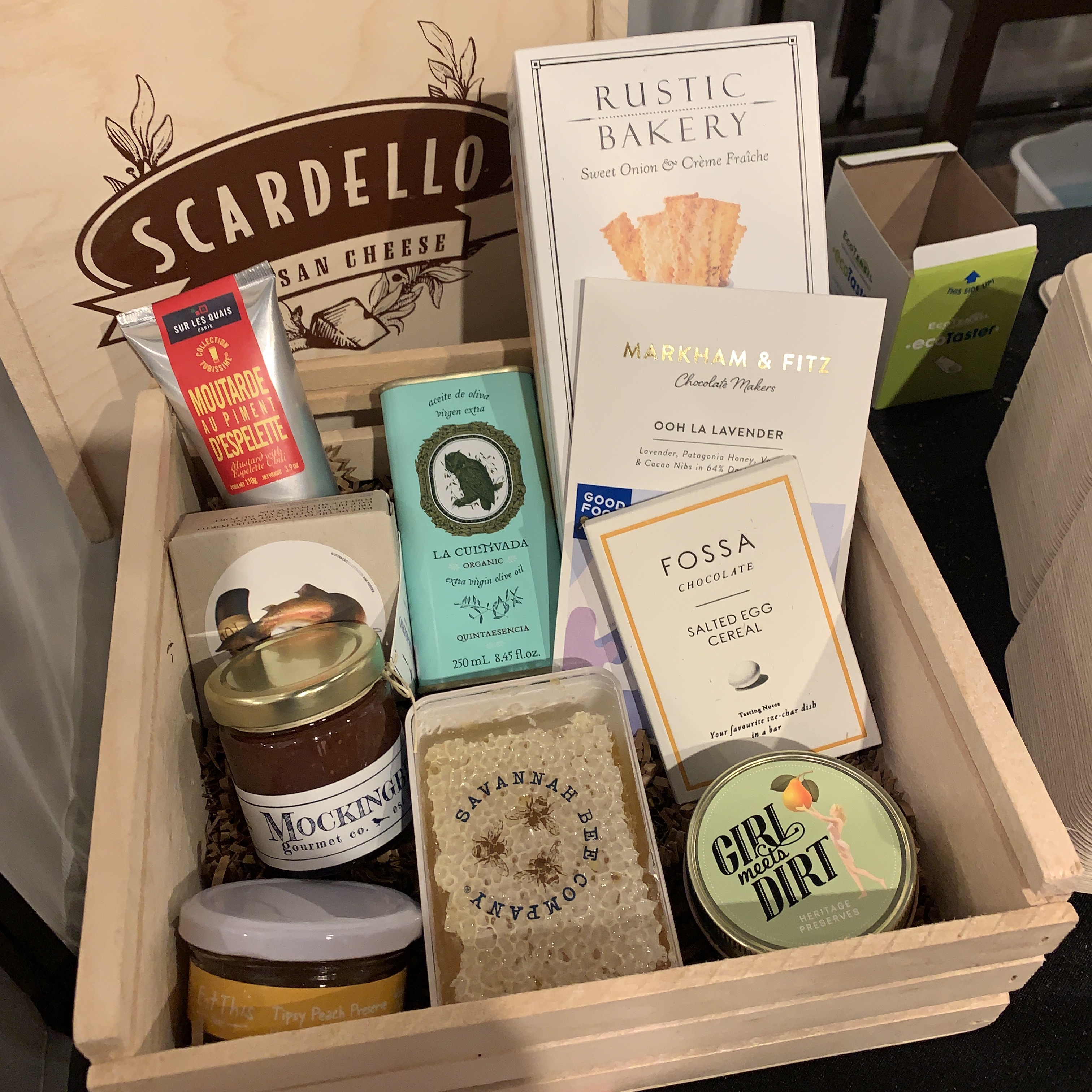 The show seemed expansive yet intimate in scale at the same time, and even when it was crowded it didn’t feel overwhelmingly crowded, as many shows often do. I have been in shows so crowded the mood started to turn ugly as people started to get frustrated pushing through the crowds and waited for samples. Maybe it was because we were in Texas that everything seemed friendly at all times. So, hats off to Sander and Emily and all of the volunteers who helped keep it that way.

Though the largest single category of exhibitor was (bean-to-bar) chocolate maker, they were in balance with the other exhibitors, many of whom were local or regional. Chocolate makers came from as far away as Perú (Alkimia) and Mexico (MUCHO – Museo del Chocolate). The US was generally covered with makers from as far away as Hawaii (Waialua Estate), but no makers from anywhere up or down the East Coast. (Arete Fine Chocolate from Tennessee was scheduled to exhibit but travel plans may have been changed because of Hurricane Dorian.) The full exhibitor list is here.

Throughout the day both days there were free presentations and tastings/demos as well as ticketed tasting/pairing classes, providing a wide range of educational activities. So, as a visitor, the show offered a great deal of value. I gave two AMA (Ask Me Anything) presentations and one presentation about the work I am doing in Tabasco, Mexico that included tasting four chocolate liquors made from beans using experimental fermentations.

The 2019 Dallas Chocolate Festival (vol 10) truly had something for everyone. The new two-day format was a risk for the organizers that I think really paid off. The venue itself (the Fashion Industry Gallery) was a good size with good facilities and there appears to be room to expand a little in future years.

In addition to Dr Sue’s I was very much impressed by the offerings from Xocolla Artisan Chocolate and Zak’s Chocolate. Tony Najjar of Xocolla is someone I’ve known of for some time and we talked a lot about his product line. One thing I liked was sampling a trio of chocolates (white, milk, and dark) made from the same cocoa beans from Madagascar.

I’ve also known the Elitzaks (Zak’s) for several years and I was enamored of the layered combination of their Peruvian white chocolate (they press their own cocoa butter) and their coffee bar. Which I don’t have a picture of, sadly.

I heard from several exhibitors the show is extremely vendor-friendly (this year lunch was supplied both days through the sponsorship of the Guittard Chocolate Company). Several exhibitors said their sales are better at this show than a much larger show in the Pacific Northwest. And, unlike most other shows of this caliber, has managed to keep stand and entry ticket costs from escalating faster than inflation.

On my scale of 0-4 I give this show a solid 4 rating. If you are in Dallas the weekend after Labor Day and you are a chocolate fan, you owe it to yourself not to miss this show.

Greetings, When on tour at a chocolate company in Hawaii, they said their tempering machine worked…

Confession of a Food Freak 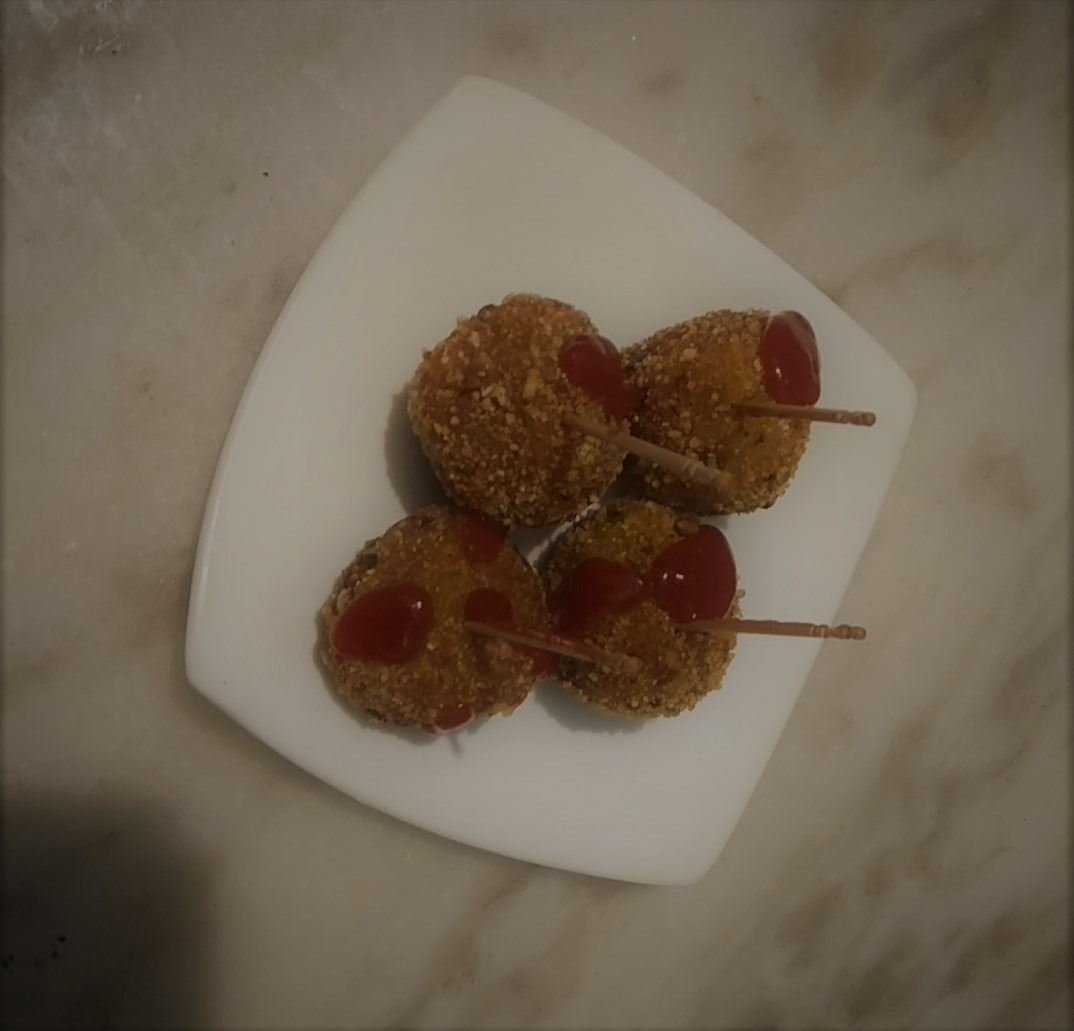