Ever since I was kid, there has always been a special place in my heart for a well-made mousse au chocolat. What for others might be a chocolate chip cookie or a warm apple pie, the thought of a decadently rich and creamy mousse, for me, plucks those same emotional strings that sing of home and family. And while it was not a dessert that was ever made at home, it was one that this son of a self-professed chocoholic eagerly anticipated on nights dining out. Fast forward to the present and the initial impact has in no way diminished.

I can honestly say that a career spent working with chocolate, while clearly seeded by those early memories, has only reinforced my appreciation for that delicate balance of rich chocolate flavor and foamy texture. So when Clay asked if I would try out a recipe and share my thoughts, I eagerly said yes.

However before delving into the recipe in question, I thought it might be helpful to briefly define what a mousse is. A mousse is a prepared food that incorporates air bubbles to give it a light and airy texture. It can range from light and fluffy to creamy and thick, depending on preparation techniques. A mousse may be sweet or savory. Dessert mousses are typically made with whipped egg whites or whipped cream, and generally flavored with chocolate or puréed fruit. In the case of chocolate mousse, the chocolate provides not only flavor, but acts as the hardener in the mixture; the function of which is determined by the quantity of cocoa butter in the recipe.

When one makes a mousse of any type, chocolate, fruit etc…, it’s helpful to think of it as consisting of three parts:

Within this basic framework, there are several method variations that create a product which could be classified as a type of chocolate mousse, i.e. bavarois, pate bomb, chiboust, truffle or anglaise base etc. The distinctions between these variations can be described as a play on the intensity of chocolate flavor and of aeration. Where the level of aeration is high or the percentage of chocolate is low, the addition of a stabilizer, i.e. gelatin, is used.

The recipe I was asked to try out had come from the food and lifestyle review site Jennifer Reviews and was titled Dark Chocolate Mousse with Espresso (click for the original post, recipe, and method). Upon first glance it struck me as an iteration of a somewhat older style of chocolate mousse. And by that I mean, its use of raw eggs. While I am one to generally agree with the added value that eggs bring, both to flavor and texture, the use of raw egg in finished products are not, for obvious reasons, typically found in most professional kitchens these days. When eggs are used, they tend to be cooked as part of a custard type base or pasteurized with hot sugar and whipped as part of the the aerating component, i.e. pate a bomb or Italian meringue. At the same time the recipe calls for two eggs which, from a professional standpoint, does not really give one an accurate measure of how much egg should be used. There can be such a wide range of weights between the different size classifications, that the only way to be sure that your recipe, in fact any recipe, is consistent every time is to work with weight measurements. Now this may seem a like a professional nit-picking a recipe clearly meant for the home cook, but it is truly the best way and something I advocate all cooks becoming comfortable with.

Another point that was immediately obvious was that this mousse recipe called for two different types of aerator; the whipped egg whites and the whipped cream. As a general rule, the greater addition of whipped ingredients, the softer the final texture and flavor. So having both the meringue and the whipped cream led me to expect the final texture to be rather light, which upon completion was proven to be the case; the finished mouthfeel being as soft and delicate as one would expect. However, given that the recipe calls for whipped egg whites without sugar I would recommend preparing them immediately before folding into the base. If left alone for too long, the meringue tends to get too stiff and does not incorporate consistently. Then one can follow up by folding in the cream whipped to soft peaks. While the recipe does call for stiffly whipped cream, a softer peak will generally incorporate easier and produce better final results. The key to whipping perfectly lies in maintaining the cold temperature of the cream (as well as bowl) and the speed with which it is done. If doing it by hand, then there really isn’t any issue with the speed, but if one is using a mixer then it should always be done on medium speed. While it may take slightly longer, it will create a more stable whip by ensuring an even distribution of the fat and water particles in the emulsion.

With regards to the taste, one would expect chocolate to be the dominant flavor, but upon completion it was apparent that the espresso was the more dominant flavor. While in no way unpleasant, I am one to prefer chocolate being the primary flavor with the secondary flavor acting to enhance the chocolate experience. The original article does mention the role of coffee in boosting a chocolate flavor, but the proportions in the recipe definitely skewed the final result, even with the addition of cocoa powder. This brings to question the type of chocolate to use which the writer rightly defined as couverture grade. In my case I used Guittard’s 65% Sur de Lago and, while a tasty a chocolate in its own right, it did not have enough presence to stand above the espresso.

Overall, this recipe produced delicately textured mousse with a flavor profile leaning more towards the espresso than the chocolate. However, If I were to make it again, I would probably look to reduce the amount of espresso and utilize a chocolate with a stronger flavor profile, i.e. in the 70-72% range.

Using bread proofing cabinet as melter? Greetings chocolate community, I have been searching for…

High-Calorie Desserts May Not Be All That Bad After All 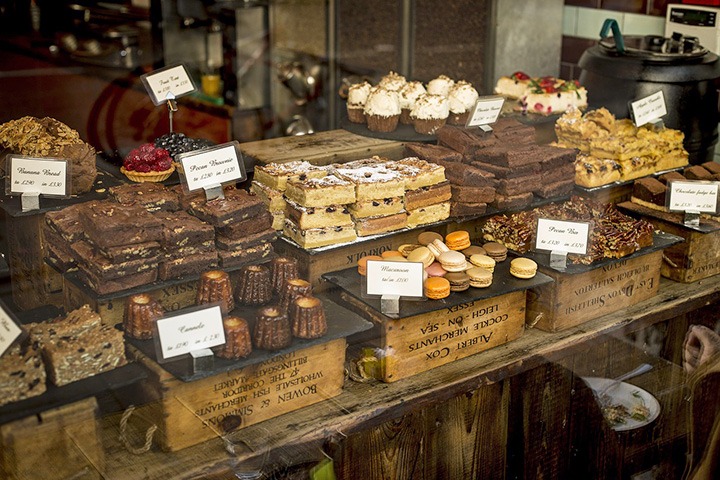