When I arrived in São Paulo on Saturday the 15th of July, one of my first tasks was to be a judge in the first Premio of Bean to Bar Brasil, a new organization dedicated to growing the craft chocolate community in Brasil. I tasted twenty-three different samples.

Later that evening I gave a tasting to members of Bean to Bar Brasil, where I also helped announce and hand out the awards. Although my tasting that evening was entirely Peruvian chocolates I secured at the Salon in Lima, that was not what the tasting was about. I really wanted to present the technique I developed to help me train my palate when I was first starting out on my journey to become a chocolate critic back in 1994.

My technique is based on the idea of simultaneous contrast, something I learned about studying the work of painter Josef Albers while I was a student at Rhode Island School of Design. The core concept is that the colors we see (or what we taste) are influenced by the colors (or aromas/tastes) around them.

As humans we are really good at perceiving differences, but unless we have special training it’s hard to identify things in unfamiliar contexts. We can use comparison and contrast as tools to help us understand what we are smelling and tasting.

Back to the tasting samples laid out above in the photo. Each sample is of the same bean, roasted at the same temperature. Only the roasting time is different.

– Take one sample and smell it (inhale deeply), wait a few moments and create a sense memory of it.
– Wait 15 seconds.
– Smell a second sample (inhale deeply), then immediately smell the first sample.

What is astonishing is just how different the first sample usually smells. What’s happening is that the smell of the second sample is in our nose, which influences how we perceive the aromas from the first sample.

Repeat the above experiment, reversing the order. The perception of the aromas will change.

The same phenomenon happens when you taste something and has a profound influence on what you perceive when you’re eating anything: order matters. When approaching a chocolate tasting, one of the bits of common wisdom is to start at lower percentages and work your way up to higher percentages. Why? Because this technique does not recognize the influence the order of tasting can have on perception and only works if the palate and nose are completely rested and in a neutral state (the same neutral state) before each new taste.

Archived Comments
Perhaps more interestingly for chocolate makers, what this means is that being in the same room as the roaster, smelling the roasting beans, influences the perception of the taste of the beans when removed for sampling.

That may not be a good thing as it takes a lot of training and experience to learn how the aroma of the roast is affecting what you’re tasting. I recommend not judging the roast by tasting during the roasting process. Instead, take samples out at timed intervals and then wait until the samples are all at the same temperature (room temp) and evaluate the samples in a different room. 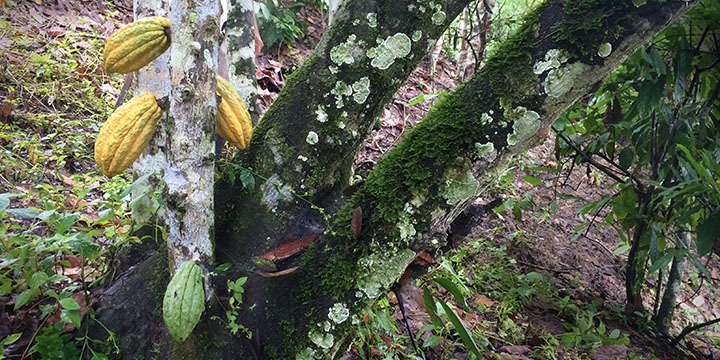 Still Yet Another “Fair Trade” Cert: Just What We Need (Not)