1) Have MSIs (MultiStakeholder Initiatives) Delivered on Their Promises to Protect Human Rights?

In a word, “No” says this new report from MSI Integrity,

“Three decades ago, a grand experiment in human rights and global governance began to unfold. In the absence of rigorous government regulation of transnational corporations, civil society organizations began stepping into this regulatory void by collaborating with industry representatives to create voluntary codes of conduct and oversight mechanisms.

“These multi-stakeholder initiatives (MSIs) now cover almost every major industry, from certifying food or consumer products as “sustainable,” “fair,” or “ethical,” to establishing good practices for internet companies in respect of privacy and freedom of expression online.”

“A major new landscape study commissioned into the cocoa sector in Ghana and Cote d’Ivoire by Mondelez International’s Cocoa Life in conjunction with The Fairtrade Foundation has discovered that at least 800,000 farmers are being targeted more than once because of duplication in various sustainability initiatives.”

Social certifications are competing with other … not just for the hearts and minds of consumers but also for farmers to be certified. This represents a huge waste of time and money – driving up the costs of certification – and causes significant confusion for everyone.

“For decades, Ritter Sport has marketed its chocolate bars on their unique, square shape. According to company legend, The square bar dates back to 1932, when Clara Ritter came up with the idea.

So when rival brand Milka challenged its German monopoly on square chocolate, the battle lines were drawn. Milka achieved an initial victory in 2016 by getting the trademark deleted but that ruling was overturned. Finally, the case ended up in the German Federal Court of Justice, where judges have now thrown out Milka’s complaint and ruled in favour of Ritter Sport.”

Theis ruling means that Ritter Sport bars can be the only top-brand square chocolate bar on the shelves in shops in Germany.

“Lindt’s Home of Chocolate,” scheduled to open September 13th on the company’s factory premises at Schokoladenplatz 1 in Kilchberg, Switzerland. The new visitor center will, ”boost [sic] a multi-media and interactive exhibition, a research facility, and show production.” Other attractions will be the world’s largest Lindt-only chocolate shop (because there is no such thing as toooo many Lindor truffles, a Lindt café, and a Lindt Chocolateria for chocolate courses.

A special highlight, according to Lindt, will be “the world’s largest chocolate fountain” – which measures more than 9 metres [over 29 feet] tall.

There always seems to be money to spend on corporate self-aggrandizement. But, there also always seem to be excuses for not having enough money to pay cocoa farmers living wages for their work. Why is that?

5) Agroforestry in the Cocoa Sector: A Need for Ambitious Collaborative Landscape Approaches

A consultation paper for the 2020 Cocoa Barometer produced by The Voice Network opens with, “Cocoa agroforestry systems can bring a wide range of ecological benefits; biodiversity conservation of flora and fauna, carbon sequestration, preserving and strengthening soil moisture and fertility, contributing to pest control, and microclimatic control such as stimulating rainfall, and many other benefits.

“However, a large gap separates the current reality of agroforestry in the cocoa sector from its potential. Alignment on an adequate definition is missing. Sector commitments and certification have low impacts. Existing diverse agroforestry systems are at risk. There is confusion about and artificial tension between yield improvements and biodiversity. Tree distribution campaigns have low success rates, and there is low adoption of agroforestry by cocoa farmers. Decent monitoring is absent. Finally, agroforestry and zero-deforestation are wrongly conflated with each other.”

“[The] paper highlights shortcomings in current industry and government approaches to agroforestry in cocoa. It also suggests a way forward to ensure that cocoa agroforestry delivers on its promise of environmental sustainability while contributing to farmers’ livelihoods. Lastly, it proposes basic parameters of integrated agroforestry cocoa standards on both farm and landscape scale and sets forward recommendations for all actors in the supply chain.

6) When Popcorn Meets Your Favorite Candies 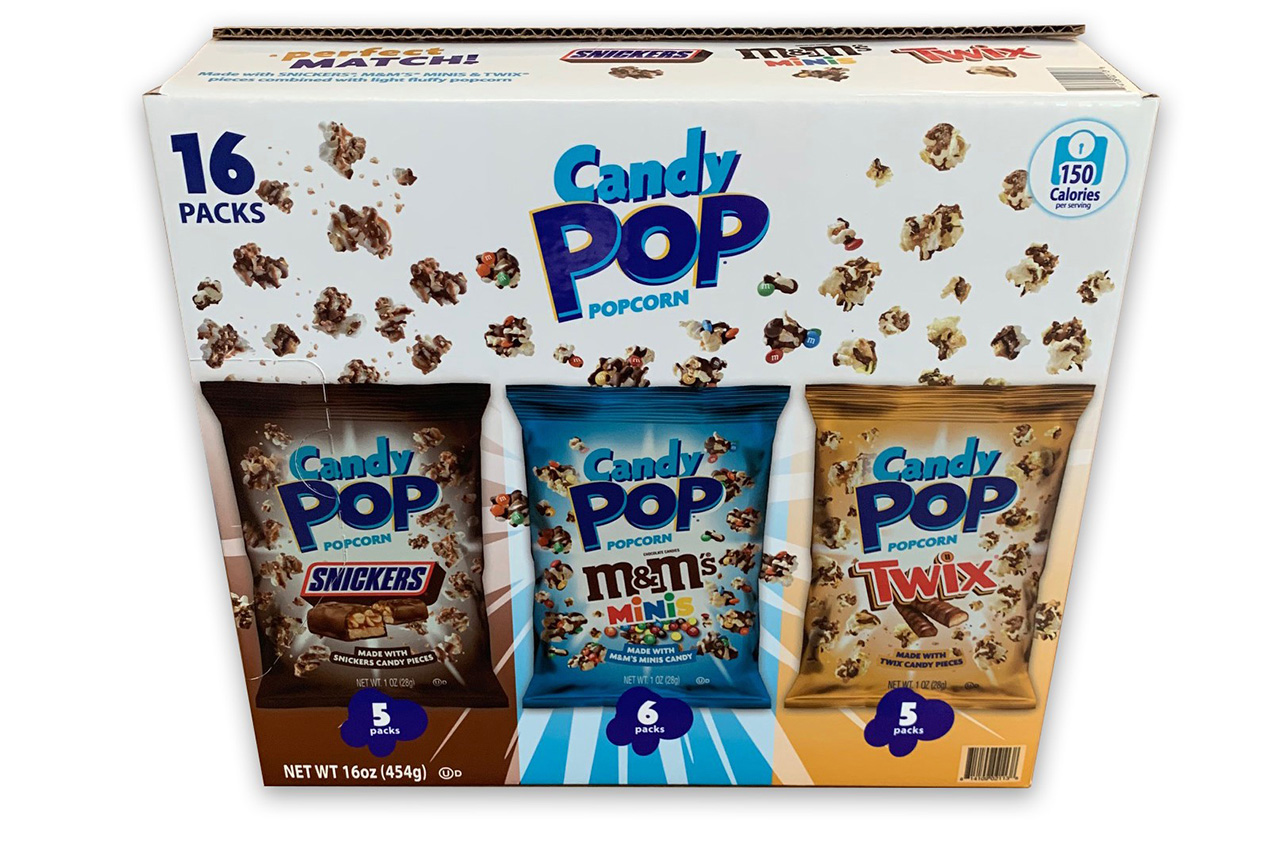 Advertised as “the perfect snack for your Netflix-binge,” these variety collections are available in clubs now for $9.98 for 16, 1oz bags. All three Candy Pop flavors are also available in 20oz bags.

Other ChocolateWire Releases, Updates, and Adds This Week 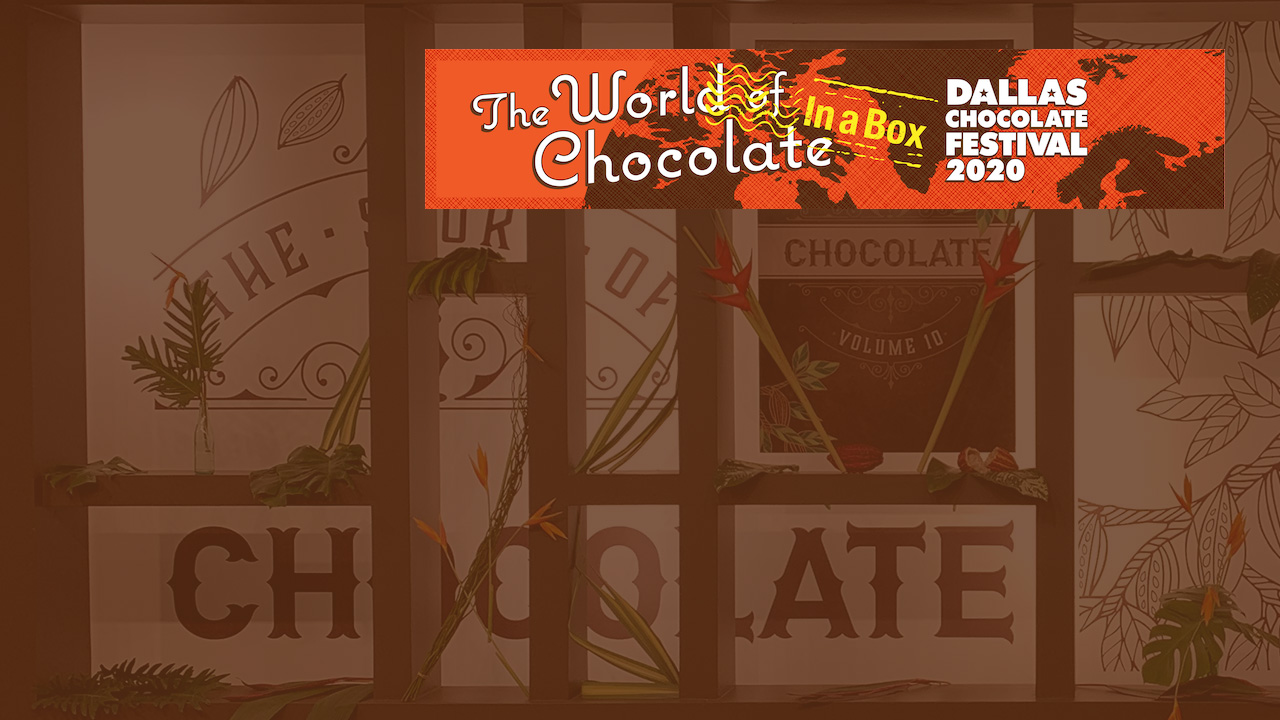