Therefore, the first thing I had to do is regularize and normalize the list. For example, you want to get all of the percentages into the same column. The same is true of Makers, Origins, and other categories where comparisons can be made.

The first step is to copy and paste the relevant text on the page. You will find the complete, original, list of winners here.

Once I’d taken care of everything I could do using regular expressions, the next step was to go in by hand, a process that took somewhere between one and two hours. This work I did in MS Excel. This hand work included:

Once all of this was done, what can we learn? What follows are objective observations from the data.

I did the analysis by importing a .CSV version of the file into a database tool called Airtable because it has built-in functions to do most of the analyses rather than my writing custom macros or formulas.

Numbers with an asterisk following them have been updated from the original post.

I have downloaded the Grand Jury finalist list for the European awards, and a future project is to figure out, of the entries that made it to final judging, the percentage given awards. Of course, we do not (and cannot unless the competition organizers choose to share that information), the number of entries that were not judged for reasons that include being damaged in shipment. Therefore it’s not possible to calculate the ratio of entries to winners.

You can find a read-only copy of the database here. If you have any updates to suggest – especially if you see an error or know a percentage cocoa content or an origin for an entry on the list – please let me know in a comment and I will update the database, and the numbers here, accordingly.

Read some analysis on the 2018 Americas round by clicking on the link below:

European chocolate awards are conducted and granted for the appends of the candidates. All the performers of the award winners and is inquired for the state of the art technology for the field. Approach is rushed or the naming of the clues for all chocolate means for the citizens.

Thanks for letting me know! I need a lot more of this kind of help!

The pack idea was suggested as a metaphor – I realize it applies to events that are timed. Clearly in the Tour de France there is just one first place. Just one second place. Just one third place.

While I think the approach of a single award at each level makes a lot of sense – although I would be okay with one gold, two silvers, and three bronzes max, as long as there were at least 2x that number (i.e., twelve minimum) of entries in the category – if there were a fourth level of award; the proverbial t-shirt.

I don't think either the AoC or ICA awards programs could be economically sustainable if there were only one winner in each category. The 190 non-special awards in the EuroBar competition were given in 19 categories.

What happens when a bar is given an award in multiple competitions? This is when we really start to see the effects of prize inflation.

There's no reason to be sorry about being firm in your opinion. Most of the time it's a very good thing. I am not always happy about the way you express that opinion, but I am very glad you have them and that you express them.

reply to Clay, the pack scoring system only applies in any race or competition to entrants that are not in contention for a gold, silver, or bronze.  No judge wants to go back to the video to see if you were 114th place or 115th place because it doesn't matter.    If you read the PDF of the ICA's rules it states to the best of my knowledge that there already IS a cap on the number of silvers and bronzes (I think 5 and 3 respectively).  However they don't even follow those rules and hand out awards like someone handing out flyers for their lost puppy.  One gold.  One Silver.  One bronze.  X “Thanks for participating t-shirts” just like any competition. I've been competing in all kinds of things all my life, so I am being firm on that one.  Sorry.

reply to Brad – a number of good points here. A few top of mind refinements:

reply to What would I do different? Here's a list for starters:

That would be a real good start I think.

reply to Brad – What would you do differently? Imagine you can start from scratch and offer up a competing awards program. What would it look like?

The ICA IS marketed as a competition.  They announce “winners” and give out medals, and use the word “competition” over and over.  What's worse is that the companies who submit their chocolate in order to purchase their awards then use those “purchased” awards to flog their product.  There is no legitimacy to that competition, and the companies who purchase their golds, silvers, and medals should be black listed from other competitions.  they are just as much sheisters as Noka, or Mast as far as I'm concernced.  All they do is muddy all of the hard work that others legitimately do to create great chocolate.  Here is a great example of one company who purchased 8 awards so they could brag on their facebook page and hopefully bolster sales.
https://www.facebook.com/ScrapandChocolates/photos/a.497045013965391/690271197976104/?type=3&theater  I would bet money that every single company who has purchased an award from the ICA has used their purchased award to sell more chocolate.  How is that not lying to the consumer and what can the chocolate community do about crap like that?

One of the bits of cognitive dissonance I have about awards in general is they are advertised as competitions (as the screenshot below attests):

While we in the industry may get this, I wonder if the average consumer who walks into a store understands this is what's going on … and whether it matters or not. I also take issue with the fact that the box displaying the award almost certainly does not contain the actual batch of chocolate that was awarded.

Do you think this of this matters? To the chocolate industry? To consumers?

Brad – A major part of my reason for doing the tabulation is to make it easier to make observations like the one you made.

It's a subtle but important distinction that the ICAs (and the Academy of Chocolate) are not competitions but are recognition programs. If they were awards programs the number of awards given would be far smaller. Probably three per category, max. The awards programs exist not to select which chocolates are best but to recognize “excellence” overall.

One major challenge I have is that the average member of the public who sees, say, a silver award on a box does not know that this is one of a dozen such awards in this one category.

I have many other reservations about communication surrounding the awards. I also am acutely aware that most consumers will not actually be buying the chocolate (i.e., the exact batch) that won the award and so the award itself may be meaningless or confusing, or both.

I think the only way to address the concerns with the organizers is to start with facts like the ones that numerical analysis supports.

Why tabulate the results of a competition so farcical that only the three stooges could make sense of???  1 gold, 13 silvers, and 12 bronze medals in a category that has 26 entrants????  Are you kidding me???  …and people ask why I don't waste my time on competitions.  I could mix up some horse manure with 30% cocoa butter, temper it up and submit it for a bronze medal in a European competition!  Giddy Up!  No losers here folks, because somebody might get their feelings hurt.

From ZartPralinen via Twitter – “Cotabato is Philippines and Kissed by the Muse 60% with beans from Nicaragua” I have updated the Google Sheet.

A set of three new photo jigsaw puzzles. View them on Instagram - purchase link in the post. …

Corn Varieties That Can Make Their Own Fertilizer Found in Oaxaca, Mexico 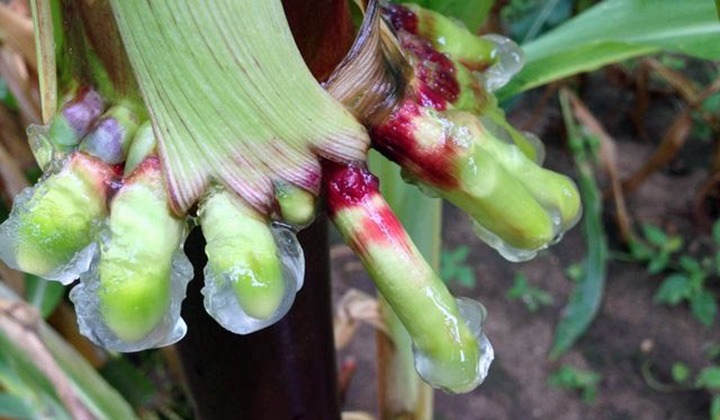