There is a good deal of controversy in some circles. about so–called “raw” chocolate. Following are some of the main points that contribute to the controversy. The arguments are deeper and more nuanced than this overview – but this provides a good foundation.

One aspect of the controversy is around process and specifically what the maximum temperature that an ingredient can be subjected to and still be considered raw. One of the most common temperatures cited is 118F. Others include 114F and 110F, and even lower temperatures are often mentioned. The fact that there is no standard for max temp does nothing to quell the controversy. There is also some question whether or not the same temperature should apply to lettuce as to cocoa beans (for example).

Just one small part of the processing challenge is a misunderstanding of the physics of heat transfer. It’s possible to put a cocoa bean into a 125F oven for an extended period of time and not have the surface of the shell exceed 118F because of evaporative cooling. There is also the question of how long it takes for heat to penetrate the shell (which will be removed) and start cooking the bean inside. Putting a cocoa bean into a 250F oven for a minute barely begins to heat through the shell – there is no way the bean is cooked through to the center – so it should still be raw, right? Many in the raw chocolate community would say, “No – it’s cooked.” There are other places where it’s easy for the temperature to exceed 118F – during fermentation, during drying, and during grinding and refining. Issues around temperature are not clear or well understood.

Another aspect of the controversy is health benefits. Some people believe that processing at a lower temperature preserves “living enzymes” in the beans. There are no living enzymes in dried cocoa beans. Another health benefits issue is the common misunderstanding that what is important is what is in the food being consumed. This is not the case: what’s important is what gets digested and absorbed, which depends on the individual. There is also the assumption that heat only degrades the nutritional quality of food where there is a lot of science which shows that cooking makes some nutrients in many foods more bioavailable.

Furthermore, there is controversy within the community about whether or not cocoa *in any form* is toxic and should be avoided completely. Others see it as one nature’s greatest superfoods. Can it possibly be both?

Another aspect of the controversy is food safety. Cocoa is grown and processed in the tropics, often under very primitive conditions. It is not uncommon for domestic animals (e.g., dogs and chickens) to walk across piles of drying cocoa beans, leading to the potential for contamination with salmonella and e coli bacteria. Because raw chocolate is not processed at temperatures high enough to kill these bacteria there is the potential for food poisoning. Dealing with the food safety issues are complex, but for the most part they are simply ignored by many raw chocolate companies.

Finally, there is the topic of taste. In general, if there are *any* identifiable chocolate notes in a “raw” chocolate, the cocoa has been heated to well above 118F somewhere along the way. Truly raw cocoa beans are often bitter and acidic and will have a taste that is more like licking bark than chocolate. You may like this taste, you may not. Liking something is not a part of the controversy. But raw chocolate cannot have really have any real chocolate taste. If it does, then it’s very probably not actually raw.

What are YOUR thoughts about raw chocolate? Is it a real thing? Do you like it? Why? 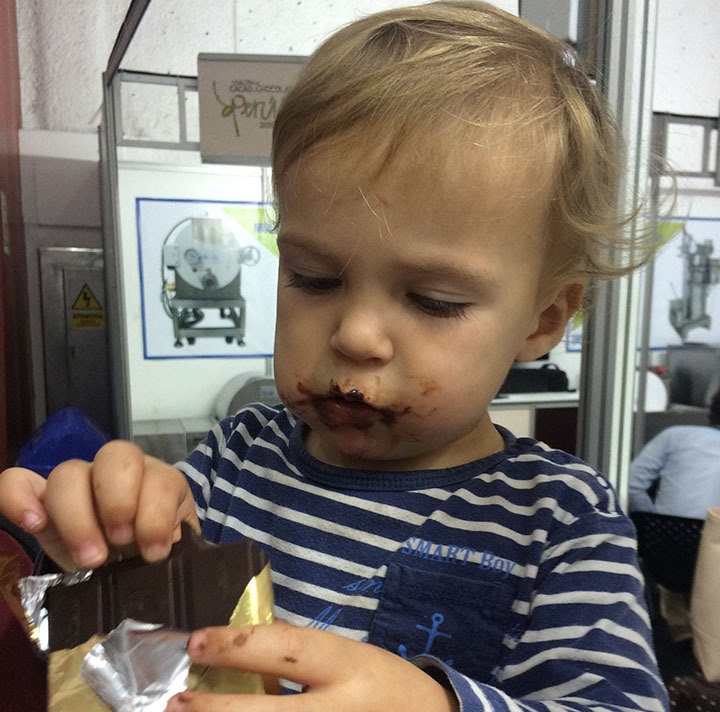