It is hard to underestimate the importance of the Salon del Cacao y Chocolate to the Peruvian cocoa and chocolate sector. An enormous quantity of resources – money, time, and attention – have been invested in Peru by governments and non-governmental agencies to reduce coca production and the associated violence that results by encouraging farmers to grow cocoa instead.

While it’s not clear that the amount of coca being grown has been significantly reduced, it is undeniable that the level of narcoterrorism has declined significantly, improving the lives and livelihoods of uncounted farming families in the region.

The uptick in cocoa production has led to growth in chocolate production for export. Making chocolate at origin captures a lot of extra value in country – compared with exporting an agricultural commodity – while also creating many new jobs.

The International Chocolate Awards has been a part of that growth for the past several years, with a special in-country competition, the only one of its kind.

The competition mirrors the growth and diversity of the Salon and the sector with over 100 awards being given in more than 20 of the roughly 35 categories on offer. The Salon reflects the vibrancy of the sector as a whole with coops showing off a variety of agricultural products including seeds, nuts, and fruits, all which make their way into chocolate bars. There is even a bar flavored with dried coca leaf! (Which is quite decent, IMO.)

The audience for the awards presentation was SRO, spilling out into the aisles, as can be seen in the photo below. In the photo at the top of the story I asked the audience in my imperfect Spanish to wave. I got a laugh (which is what I wanted) and a lot of people waved for me.

I then presented the awards for the Alcoholic Beverage category (which I also judged). The presentation ended after the close of the Salon and today, after I give my presentation, I am joining a group of international visitors for a three-day trip to visit farms and farmers. Along the way we will see amazing sights, eat some great food, and suck the pulp off many cocoa beans – a real culinary treat.

Archived Comments
@sandroaquino – Felicitaciones! Congratulations! The awards are a result of the very hard work I know you and your team are doing. The amount and quality of production has improved so much since I first visited Lima for the Salon in 2013.
Clay was honored to receive the Gold Medal for our Moka + Pisco cream and; my team are so happy for our 10 medals!
Sounds like a very fun, and interesting trip! Keep us posted with pictures. 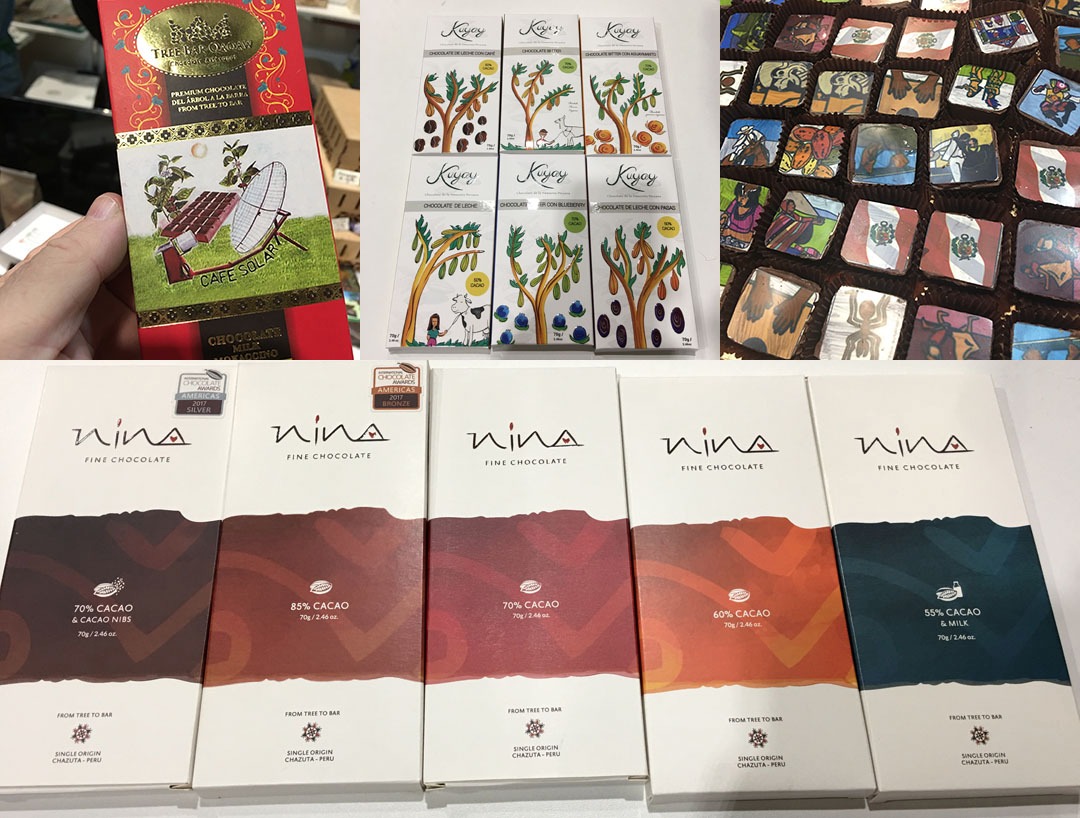