One of the things you can say about Barry-Callebaut is they have resources to put behind their marketing operations.

However, they cannot ensure that the people they market to – in this case, people who might not have much background expertise in chocolate – have either the knowledge or experience to evaluate the validity of claims they make.

It is also true B-C has traditionally been a business-to-business company which makes it not surprising that recent attempts at marketing to consumers can be construed as being incomplete/misleading, and/or tone deaf.

One case in point is the claims made about ruby cocoa beans. B-C claimed to have discovered a new type of cocoa bean and this discovery lead to the development of ruby chocolate. Knowing something of the modern understanding of cacao genetics, I was in a position to quickly [ *see disclaimer at the bottom of the article ] push back against this spin, understanding that, despite B-C’s claims, there is no actual ruby genetic varietal. More accurately, a ruby bean is any bean with a specific profile of polyphenols that, when processed in a specific way (the process is protected by a patent and trade secrets), results in a bean whose cotyledons remain pink after fermentation and drying. The fundamental exercise with ruby is to keep the beans from oxidizing and turning brown during post-harvest processing and manufacturing.

Another case in point is the article I am referring to in this story, which has the original title of How Barry Callebaut Developed a Way to Truly Taste Chocolate. The article actually goes into very little detail about the how. The quote below is all there is on that topic:

“Sensory evaluation experts in Barry Callebaut’s European headquarters teamed up with their counterparts in Canada and flavor companies to come up with the different types of flavors that can be present in chocolate.”

Looking at the wheel, one thing does stand out when compared with other flavor wheels for chocolate is the explicit recognition of the importance of texture (melt, mouthfeel) and trigeminal sensations that include astringency. It’s not new to chocolate professionals, but it may be new for a wheel aimed at consumers, who don’t have the background to understand how the truth is being shaded. I have been working since 2015 with the organizers of Cocoa of Excellence’s International Cocoa Awards on the development of visualization tools to replace the common spider graph. How to represent astringency, for example, is something we know needs more work.

On a more practical level, the article suggests:

What’s happening here is marketing-speak. Subtle manipulations of the truth; some artful hyperbole here, the omission of facts there that lead the author to a version of a truth that suits B-C’s marketing and sales goals.

The challenge, as I see it, is that most readers have no way to assess either a) the author’s understanding of chocolate, or b) her ability to intelligently question and interpret what she is told. I can assess the statements in the article because I have 25+ years researching, thinking, and writing about chocolate, but the average consumer does not. At the ruby launch in Shanghai I spent a significant amount of time talking with members of the innovation team about what was actually going on behind the scenes to understand what exactly was innovative about the process. It took a while to wrap my head around what they were saying and come to an understanding I could communicate with others, and I have been to origin many times over more than a fifteen years and participated in workshops on fermentation and tasting.

The fact that very few people who write about chocolate in the popular press have much in-depth personal understanding is not a trivial challenge facing our industry.

What do you think about formal methods for tasting chocolate? Good idea or waste of time? Do you want to know more? Let us know in comments below.

*Disclaimers: I was one of a small group of global influencers invited to attend the global launch of ruby in Shanghai in September 2017. B-C underwrote my airfare and hotel for the trip. At no point was there any attempt to influence what I wrote. B-C also invited me to attend the introduction of Hidden Persuaders in Cocoa and Chocolate [ ‹‹ Amazon Affiliate link ] at ISM in Cologne in February of 2018. (The flavor wheel referenced in this story and the article is the consumer version of the wheel developed during this project.) Again they underwrote airfare and hotel, and again, there was no attempt to influence what I wrote.

Great Information about The Chocolates!!
I want the best chocolates in the world so, I was searching for unique chocolates the online USA that time found Cacao and Cardamom in Houston. I ordered some best chocolate truffles, Gourmet chocolate Houston for my wife birthday. they have various handmade and handcrafted chocolate brands with the best price. they also provide good online services. All Chocolate taste was very delicious. So, I recommend that this is the Best Chocolate Brands in the World 2018.
Visit: https://www.cacaoandcardamom.com/blogs/buy-gourmet-chocolate-online/

I am often faced with the challenges of discussing “flavor” during my tastings, which have the objective of teaching people how to be successful (or more successful) with chocolate in the kitchen. I have given a great deal of thought about how to communicate “flavor” and “taste” and the process of tasting in the correct way. I often resort to simplifying it so that it relates to the retail/marketing information that they will face when they go out onto the market, as retail consumers, to buy chocolate, knowing it’s an oversimplification. I do preface it at least by telling them that it’s a more much complex (and intriguing) concept and science than what I’m able to present to them in the time we have, so I encourage them to research cacao and learn as much as they possibly can. I just hope that’s some consolation. Out of the thousands of people I’ve stood in front of over the last few years, I’ve realized that I can’t go too far in my discussion because they glaze over and stop listening. If I can achieve getting them interested enough to start researching on their own, that’s a more valuable achievement in my opinion than having them leave feeling I’ve taught them all there is to know.

The formal method of tasting I do find confusing, especially when I’m forced to explain it. I’m not sure if it’s a waste of time because at least it’s something for those who have never even considered the idea of selecting plain chocolate based on “flavor” as a possibility. It’s one small step forward for them.

i love this blog

in 15 years, I've never been asked this but, I have a newer wholesale customer who is doing great…

UPDATED - Demystifying the cocoa sector in Ghana and Côte d’Ivoire 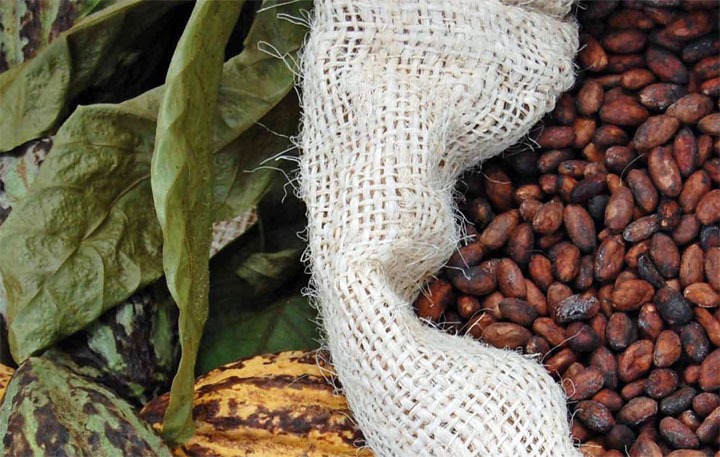