A general introduction to what we know (and don’t know) about cacao genetics coupled with addressing a general observation by many (if not most) members of the “fine” cocoa and chocolate communities: CCN-51 is an evil scourge.

The Language of Conquest

For hundreds of years, the words used predominantly to describe cacao were European in origin, most specifically Spanish and Latin. Originally they had nothing to do with genetics (unsurprising as DNA was unknown before the 20th century) but arose out of a desire to categorize (Linnaean taxonomy) and through colloquial usage.

For most of history right up until today the terms are applied based on phenotyping or morphology – what the pods and seeds look like – not on genotyping or what the DNA is. Phenotyping can be a very imprecise method of identification. For example there is a white bean variety (Catongo) that is an albino Forastero, not a Criollo. C1 (aka Carmelo) is a white bean cacao that is 60% Forastero parentage and 40% Criollo parentage. It is estimated that on the order of 50% of accessions in gene banks around the world are misidentified.

The Origins of Cacao

Right up until the last decade or so, the origins of cacao were shrouded by the gauzy mists of prehistory. It has only been since the development of modern genomic analysis that we can move to a well-founded hypothesis for where cacao originated.

Modern researchers have reached a scholarly consensus that what we call Forastero and Ancient Criollo originated in the Upper Amazon (UA) River basin. Modern Criollos arose in Central America and Mexico (which is considered to be a part of North America) as a result of trade in cacao from South America and the domestication efforts of pre-Maya (Olmec and Toltec) and Mayan peoples.

Trinitarios, which are by definition hybrids, are predominantly based on Forastero Amelonado genetics originating from the Lower Amazon (LA) River basin crossed with Ancient Criollos.

Motamayor, et al, identified ten different genetic clusters of cacao, which refined the classification given in his 2002 paper (Ancient Criollo, Modern Criollo, Forastero, Trinitario). There are two broad structure groups, Criollo and Forastero with all of the clusters belonging to one or the other group. For example, Nacional is a Forastero sub-type that originated in what is now modern-day Ecuador. 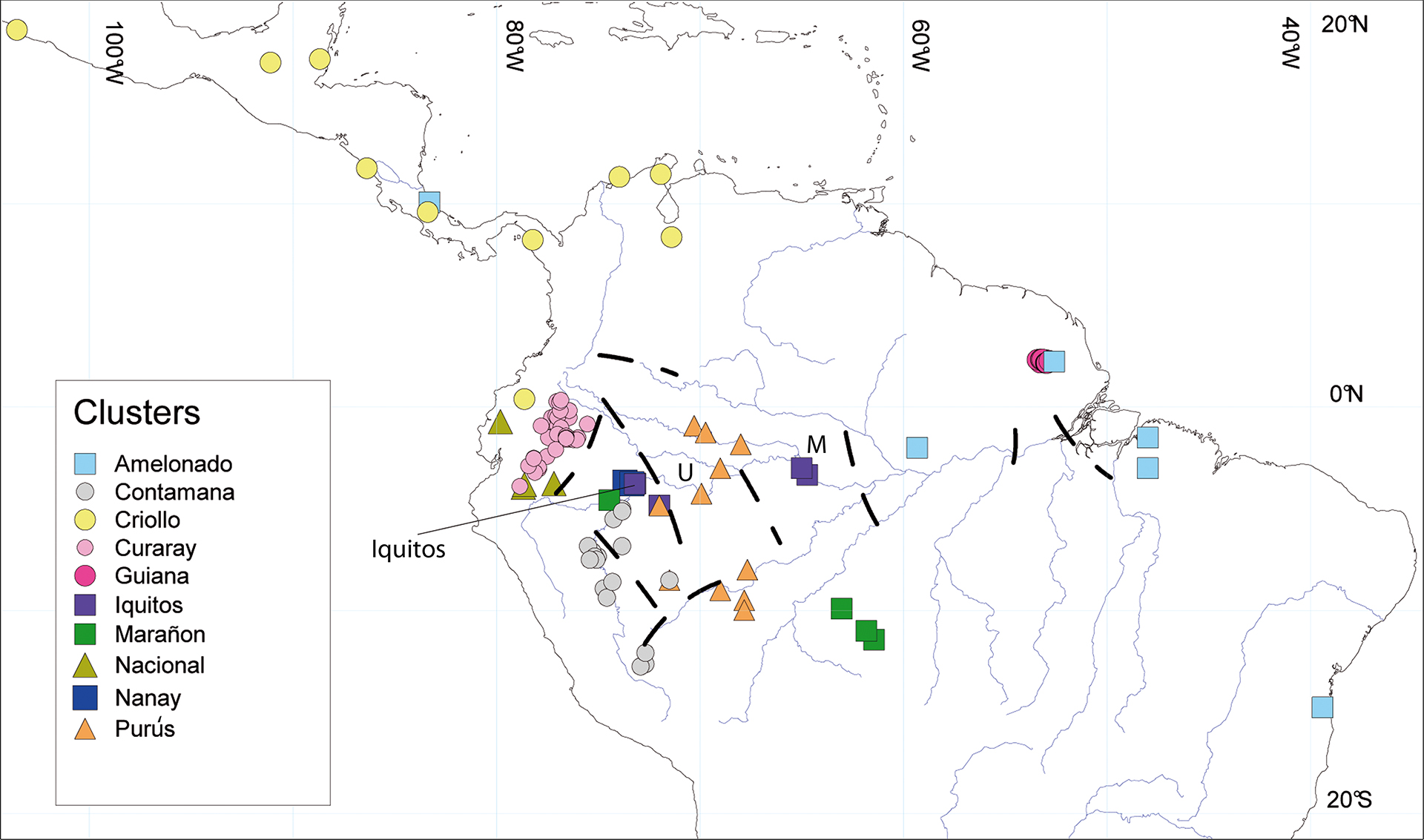 Some History of Cacao in Ecuador: CCN 51 & Nacional

From the JASHS article,

”Historical evidence and anecdotal information indicate that the first commercial plantings [emphasis added] in Ecuador started in the early 1600s (Bartley, 2005). Until the beginning of the 20th century, Nacional genetic group cultivars were the only type cultivated in Ecuador (Soria, 1966), resulting in a limited genetic base. In the 1930s, Ecuadorian cacao production suffered a steep decline attributable mainly to a combination of aging plantations and damage caused by disease, specifically witches’ broom disease, frosty pod or moniliasis disease (Moniliophthora roreri H.C. Evans, Stalpers, Samson & Benny), and mal de machete or ceratocystis wilt disease (Ceratocystis cacaofunesta Engelbrecht et Harrington) (Baker and Holliday, 1957; Phillips-Mora et al., 2005; Pound, 1938, 1945; Soria, 1966). There has been a substantial increase in Ecuadorian production since the 1930s, which is primarily the result of substitution of less productive Nacional types by more productive cultivars.


“‘CCN 51’ [Colección Castro Naranjal (CCN)] is currently one of the most important genetic resources and widespread cultivars in Ecuador. ‘CCN 51’ was developed by H[omero] Castro in the early 1960s in Ecuador (Castro, 1981) from the following crosses: (‘ICS 95’ × ‘IMC 67’) × ‘Oriente 1’. Castro reported ‘Oriente 1’ as an accession that he collected on his first trip to the Canelos Valley in the Ecuadorian Amazon. Castro, a graduate in Agronomy from the Inter-American Institute for Cooperation on Agriculture (IICA, Turrialba, Costa Rica), was a cacao expert who did most of his research at his own farm called “Theobroma.” The earliest report of ‘CCN 51’ being used in a plantation was in 1965 on a farm called “Sofia” in the Naranjal area, south of Guayaquil. The farm was owned by C. Baquerizo, who was an enthusiastic cacao farmer and supporter of Castro’s cacao research. Initial efforts to establish ‘CCN 51’ clonal planting for large-scale farming dates back to 1985 (Crespo and Crespo, 1997). ‘CCN 51’ is a highly productive, disease-resistant, and precocious cultivar that produces large pods and beans after only 2 years of transplanting to the field. The beans have high butter content (54%), one of the highest yields for the cacao butter industry.


“Based on population structure analysis, the predominant ancestries for ‘CCN 51’ are Iquitos (45.4%), Criollo (22.2%), and Amelonado (21.5%) genetic groups. A lesser proportion of its genome was accounted for by genetic groups Contamana (3.9%), Purús (2.5%), Marañon (2.1%), and Nacional (1.1%) admixtures.” …”the minor amount of Nacional ancestry of 1.1% that was detected in ‘CCN 51’ is insignificant in relation to the entire genome, and it can be accounted for by residual admixture.” ‘CCN 51’ basically has no Nacional background and the amount found can be dismissed as an analysis artifact. If “Oriente 1” was part of the parental mix it made almost no contribution to the hybrid offspring.”

Key takeaways from the JASHS Article

… but it should be a part of the answer.

While virtually all buyers express that they eagerly seek out higher quality (e.g., better genetics, better post-harvest processing) cocoa, many are unwilling to actually pay a sufficient differential to pay farmers for their efforts. Farmers get cajoled to produce varieties with lower overall productivity with the promise they will earn more for it, but often find that while they may be able to ask for a higher price, they don’t actually get that price, or can’t sell all of it, and end up selling some or all of it at a price that does not reflect adequate return for their labor.

Farmers almost always end up assuming 100% of market risks. On the one hand there is the lure of producing a higher-quality cacao fino that theoretically will return more per Ha than a bulk cacao. On the other hand the farmer has to balance the risks associated with producing a smaller quantity of a higher-priced product that they may not be able to sell against the greater likelihood of being able to sell everything they produce of a bulk cocoa for a known price.

One perfectly acceptable approach to this conundrum is to grow both cacao fino and CCN 51 and harvest and ferment and dry them separately and keep them separated until they are sold. Any of the cacao fino that cannot be sold at the premium price can be blended into the CCN 51 in different ratios to meet the quality and price requirements [ read my AMA on Quality ] of a wider range of customers. This may sound heretical to some, but it is one way that farmers can do something to protect themselves.

One way around this problem is for chocolate makers – and especially specialty/craft makers – to pay farmers adequately, whatever that means. But until they do, farmers will do what they have to do to take care of their families and farms.

The Demonization of CCN 51 Must Stop

There are many within the specialty/craft chocolate community who believe that CCN 51  is pure evil and needs to be eradicated – especially from Ecuador where it is alleged that it is polluting the native heirloom Nacional. (CCN 51 is notorious for spreading its pollen indiscriminately far and wide and cacao is a notoriously promiscuous tree). So not only is CCN 51 a pox or scourge – an affront to “fine” chocolate aficionados globally on its face – it seduces varieties with better lineages and brings them down to its level.

I do not agree with the demonization of CCN 51 while recognizing that its cultivation does present some challenges that should be addressed.

To balance the scales somewhat, CCN 51 seeds are covered with a lot (I mean a lot) of pulp compared with most other varieties, pulp that also has a high sugar content. Not all of this pulp is required for fermentation, and if the excess is pressed or centrifuged off, it can be used in other products providing farmers, cooperatives, and estate holders with additional income streams. This diversity increases resiliency which is good for all involved.

The modern Ecuadorian and Peruvian cocoa industries would not exist without CCN 51. Both of these countries have been catapulted into the ranks of the top cocoa-producing countries in the world on the back of CCN 51. CCN 51 is not irredeemably evil possessing no attributes of positive value. While it may not fit the needs of “fine” flavor chocolate makers, aficionados, and proponents it does have a place in the world of cocoa and chocolate, especially if we expand our focus and interest beyond the bean to include non-bean derivative products.

Like this AMA? Here are some other AMAs to consider:

If you are a member of the media and want to engage with me on any or all of these topics or AMA about cocoa and.or chocolate, please send an email to thechocolatewire@thechocolatelife.com.

What are your thoughts on the classification of cacao? On CCN 51? Do you agree with me? Disagree? Are there anything you think I am overlooking or minimizing? Please share with the community in the comments below. 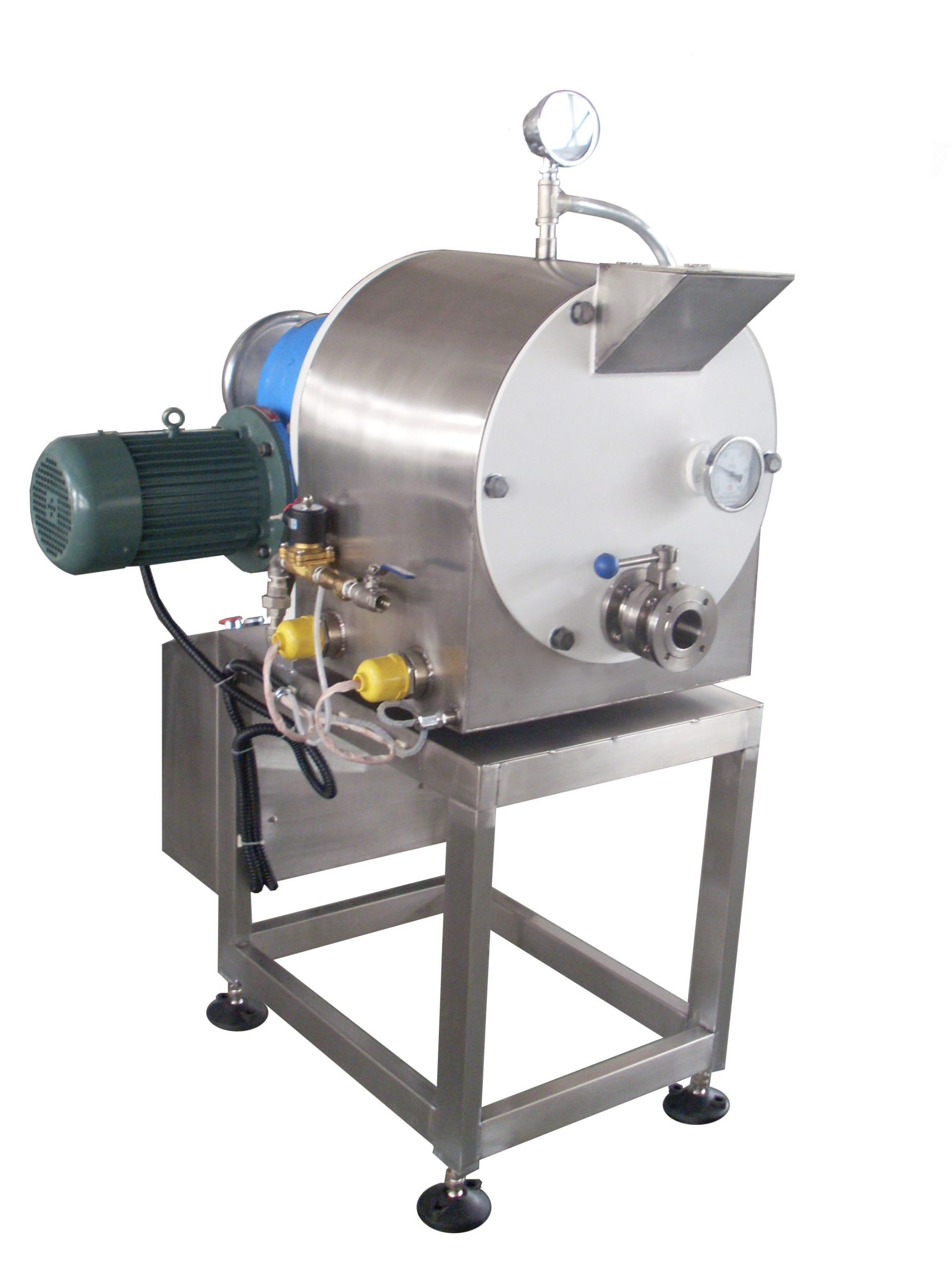 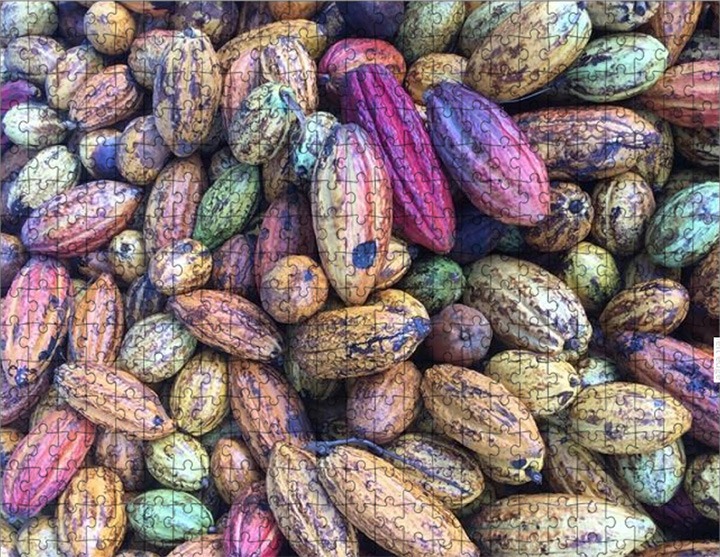