Massaging the awards listing from the ICA website remains an exceedingly tedious process and this one was made more difficult (interesting?) because some of the names are in non-Roman scripts. There were also some potential duplicate listings, requiring clarification. So – consider these numbers preliminary. Links to stories about my analysis of other rounds are at the bottom of the story.

The official number of entries is exactly 700 from more than 100 companies representing 16 countries.

Distribution of Awards by Type

A total of ~~190~~ 187 regular awards (there were three duplicate awards published because of a bug in the ICA system) across 30 categories and 14 special awards across 10 special categories (Best in Competition, National, Special, and MMM) were given.

> The following percentages are calculated based on the number of regular awards given.

Distribution of Awards by Country

The countries with the most awards were:

Distribution of Awards by Bean Origin

Among the winning entries that listed origins (106 of 214, including duplicates among regular and special awards), a total of 29 different origins were identified.

> It’s also the first time in a competition not held in or for an origin (e.g., Peru and Central America) where the influence of regionality on selection of origin may have come into play with Taiwan, Vietnam, and the Philippines accounting for 41 of the 106 entries listing origins.

As with the European Bean to Bar competition where Nicaragua dominated among bean origins because of one maker, Friis-Holm, we can infer one reason Taiwan was the most popular bean origin was due to one maker: Fu Wan.

The most popular origins were:

Distribution of Awards to Winning Companies

> One of the most interesting things about this distribution is the absence of Koyama from the results, which I can only assume means they did not enter the competition given their omnipresence among winners from the region in past years’ competitions.

There are many small tweaks to make to the data and I am hoping the organizers will help me with this over the next short while. There are at least two more competitions to go in the 2018 series of the ICAs and I still have to process the competitions from earlier in 2018. Across two competitions (Americas and Asia-Pacific) approximately 530 awards of all types were given to approximately 1,500 entries entered by over 160 companies from more than 25 countries.

> Your thoughts on this round?

My story on the European Bean to Bar competition.

My story on the Americas Round competition.

I also look forward to your analyses and appreciate the thoroughness. Very educational for a non-chocolate maker like myself. Nice to see so many varied countries represented.

One thing I’ve noticed, however — you never see the major cocoa-growing countries represented in most of these categories. I’m thinking of the West African countries, in particular. Are they just too big? Factory farming of cocoa, with less emphasis on nuanced beans? Just an observation. Also — with 530 awards for ~1500 entries, the chances of getting some kind of award are pretty good. Any concern that this minimizes the value of the awards?

I am definitely looking forward to comparing the Americas and Asia-Pacific round winners against the winners at the Worlds.

We can see that a dominant winning company (e.g., Friis-Holm, Pacari, Fu Wan) can have a noticeable influence on which origin is the most popular. I know that pattern will continue for some makers/origins in prior years One thing that does pop out is that even though Madagascar is among the best-known origins in terms of unaided recall according to the recent FCIA consumer study, it’s not all that popular as an origin this year for some reason.

We are also seeing how the absence of a previously dominant entrant opens things up for others.

It’s going to be hard to make comparisons between 2017 and 2018 because the organization of the competitions is different (e.g., separate Americas and Asia-Pacific competions in 2018) and so drawing inferences from the analysis is going to be more challenging.

I definitely plan to do that and I am hoping to present my findings of that analysis at Chocoa in February, 2019.

Thank u for your analysis and I always look forward to it.
It’s interesting to note that there are so many winners from Taiwan origin beans. I honestly expect to see the usual bean origins being represented. This could mean that under the right choc maker, in this case Fu Wan, an unknown origin has the opportunity to shine. Big congrats to them!!
Will be interesting to see the results of the final for this year’s choc awards and how Asian origin beans stacks up against the other origins. 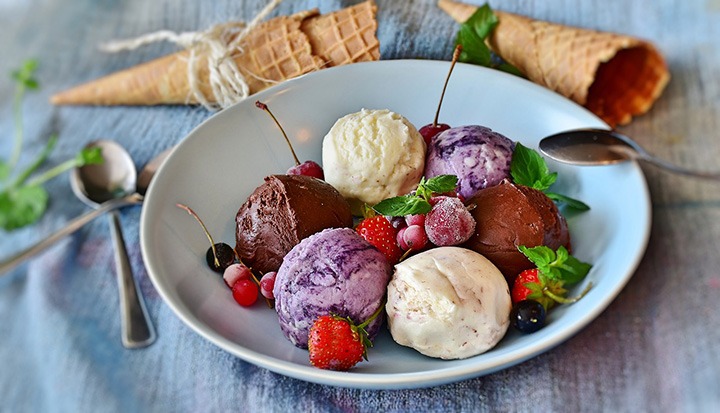 Ended - October is National Dessert Month here in the US