I undertook a three-week to Europe starting with Chocoa in Amsterdam on February 17th just as worldwide fears of the spread of the coronavirus started to … spread. From Amsterdam I went to Finland (my first visit ever) and from there to France to Voiron to visit Bonnat. You can read about that part of my visit by clicking on the bookmark card below.

Before returning to NY, I took the chance to spend four full days in Brussels in large part because of a consulting assignment. But that ended up taking just part of one day. So I had three full days on my hands to do nothing but walk and explore and photograph and think about Belgian chocolate, carbonnade, moules, and beer.

As I have said many times before, my ChocolateLife life does not suck.

The emerging reality of the coronavirus did intrude to some extent but for the most part the crowds in Brussels did not seem to be at all concerned. This was before the notion of social distancing (distanciation sociale in French; soziale Distanzierung in German; sociale afstand or sociale onthouding in Dutch; if anyone knows a translation into Flemish please add it in the comments) entered the collective conscious.

Walking an average of 8-10km each day centered on my hotel on the Rogierplein (aka Place Rogier near the Botanical Garden) [Google Maps link], I saw a lot of chocolate. I mean, A Lot. Of. Chocolate. I visited the Place du Grand Sablon and the Grand Place (of course) and places in-between and far-afield.

An Observation about Chocolate Shops in Brussels

When I was in Helsinki with Martirene the week before arriving in Brussels (visiting, among others, my friend and colleague Anna Kekki owner of Annan Suklaatehdas (Anna’s Chocolate Factory) – and well worth the visit as the work is very well made, quite beautiful, and very tasty) we noticed the fact that every block in Helsinki had what seemed to be at least one nail, hair, or beauty salon of some kind. Brussels is kind of like that, but swap out chocolate shop for beauty/nail/hair salon. Some shops are upscale well-known brands, and some look to be nothing more than thinly-disguised tourist traps serving up discount schlock, some of it obviously made from compound. For the most part, it’s industrial confections made with industrial chocolate – and not all of that chocolate is “Belgium’s Finest.”

For many years I have thought of the Place du Grand Sablon as ground zero for chocolate in Brussels. The place you had to go if you wanted to really experience Belgian chocolate culture. This was because of the presence of icons including Marcolini (two stores, one dedicated to pastry) and Wittamer. There are also a bunch of other brands (Leonidas, Neuhaus) ringing the Place and occupying places on the streets leading into the Place.

It was raining so I did not linger, but I couldn’t help but notice that the work in the Wittamer window seemed to look quite ordinary in the sense that the shapes and decorations of the pieces – most of which were shell molded – were nothing unusual. The shops were empty and forbidding with unhappy-looking counter help that did not beckon to me to venture in. I had been in both Marcolini outlets several years ago following a visit to the Marcolini factory and left then unimpressed with either the chocolate or the confections. (Marcolini himself is something of a force of nature.) Rumor has it the Marcolini “empire” is on the verge of bankruptcy. Apparently, performance after investment from a hedge fund that led to an expansion of retail locations has not met expectations. While I am not a fan of his work, his going out of business would not be good for the industry and I am anxious to hear what the resolution will be and hope the outcome is positive.

The Grand Place and Vicinity

The Grand Place is Brussels’ equivalent to Venice’s Piazza San Marco – it is the center of tourism. It is a beautiful square – the building shown in the listing photo is just one example of the extraordinary architecture that can be found. Unfortunately, like the Piazza San Marco, the presence of all the tourists means there are a lot of businesses that cater to those tourists, and not all of them are concerned with selling high quality products.

The roughly 100-meter distance from the statue of the Mannekin Pis to the Grand Place up the Rue de l’Etuve/Stoofstraat might contain the highest concentration of chocolate shops in the world. The selection (in no particular order) includes at least fifteen doors:

In addition there are at least 8 waffle shops: 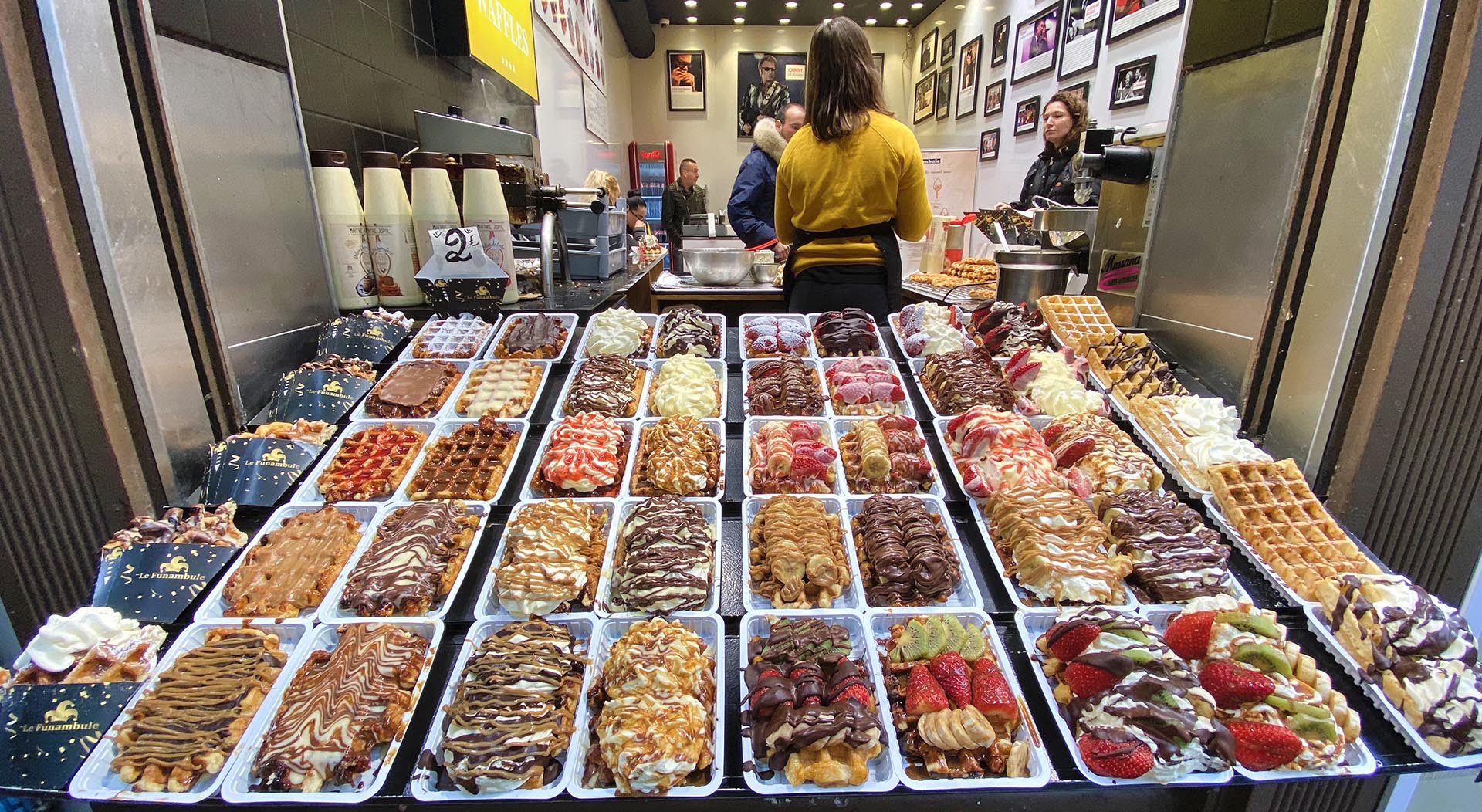 And just for good measure, a Starbucks – because no tourism destination can be thought to be complete without a Starbucks, right?

With very few exceptions, the chocolate products sold in the vicinity of the Mannekin Pis through to the Grand Place – and throughout central Brussels – are industrially-produced products aimed at the tourist trade, not for discerning consumers. This includes iconic Belgian brands including Leonidas, Neuhaus, and Godiva, all of which are positioned as premium brands here in the US when, in fact, they are industrially produced products – and look and taste like it.

There is more to chocolate in Brussels and Belgium than the industrially-produced products aimed at the tourist trade. Two of my favorite examples include:

My favorite place to go for quality confections in Brussels is Chocolaterie Laurent Gerbaud on the Rue Ravenstein [Google Maps link] [Instagram feed] close to the Parc du Bruxelles.

I have visited this shop every time I have been in Brussels since I first met Laurent at an Origin Chocolate conference at the Royal Tropical Museum in Amsterdam maybe seven or eight years ago. Which means I have visited at least three if not four times. His technique is impeccable and more in the French style than the more typical Belgian shell-molded praline (pronounced pray’ – leen). Flavors are also good and I can unreservedly recommend the award-winning black olive with taggiasca cheese piece. And the chocolate-covered candied kumquats, and, and, and …. Extra bonus is that Laurent is a wonderfully gracious host and I have enjoyed partaking in several meals with him featuring good food, good beer, and great company.

An easy tram ride from the Place Rogier through Bruxelles Midi/Zuidstation (€2.10 on the #3 or #4) followed by a one-minute walk takes you to the Uccle neighborhood [Google Maps link] where Mike and Becky [Instagram feed] solidly and deftly anchors the craft chocolate scene in Brussels.

In addition to manufacturing chocolate from beans, M&B also offers a curated selection of offerings from small European makers to supplement their own offering, thoughtfully arranged by type (special, milk, dark, and >70% dark) – surely something that will appeal to almost everyone who visits. And if you are visiting Brussels you should plan to visit.

Visitors can see the chocolate-making process (they are in the process of moving primary manufacturing to a new location but will keep a collection of small machines for demonstration purposes in the shop). There is also a selection of hot chocolate and coffee beverages and baked goods, with (when times permit) seating both at the street level and in an upstairs café as well.

Things I Ate That Were Not Chocolate

Note: If you visit the reviews sections at the Google Maps links provided, you’ll find that I have reviewed each of the establishments and posted photos – so I will not go into great detail here.

Believe it or not, Brussels has some surprisingly good spots for pizza. One is Le Gland [Google Maps link] which is within walking distance of the Place Rogier. It was a miserable rainy and cold night when I arrived and most places were closed. After checking into the hotel and unpacking I bundled up headed out into the weather and was not disappointed with the small but excellent beer list and a pizza that had a cross between a New York and New Haven-style crust. The owner runs everything – the bar and the kitchen – and the selection of ingredients to top the pizzas is first rate.

The other pizza spot I tried was Pasta Madre [Google Maps link] on the Place Rouppe which I ate at walking back from Mike & Becky’s. If I had run across this in a list of results from the search, “pizza restaurants near me,” I probably would have passed it by. But Laurent and I stopped by just as it was closing for the afternoon break (no servis continu) and he highly recommended it so I returned the next night. I had a highly unusual pizza made with a raised dough cooked in a steam oven (imagine a focaccia but 6cm tall) and then baked to crisp it up, topped with aged ham and stracciatella cheese flavored with lemon peel, sopping up chili-spiced olive oil. The beer list is also very good. On my walk back to the hotel I passed by a shop selling Westvleteren beers and picked up a bottle of XII to bring back to NY. I think the empty bottle weighs a kg all on its own, showing my devotion (or foolishness – but damn! it is good beer).

I am a fan of moules frites and carbonnade, a Flemish beef and beer stew. And like the pizza, I  had carbonnade twice. The first was at Grimbergen Café on the Place Sainte-Catherine [Google Maps link]. Although known as a touristy joint, on a rainy night before it got busy, the carbonnade and frites with a mug of Blanche Mort Subite lambic was just what I was looking for to push back against the chill of the evening.

My second bite at a bowl of carbonnade was at lunch the next day with Laurent. After striking out at several places before not making the deadline at Pasta Madre we went around the corner to Moeder Lambic (Mother Lambic) [Google Maps link], a pioneering craft beer bar in Brussels on the Place Fontainas. The carbonnade here is a very different style, much lighter and differently spiced from the more traditional one served at Grimbergen and I really did prefer this one, especially at lunch. I paired it with a black IPA from Quasar – a great choice.

After lunch at Moeder Lambic, Laurent and I went around the corner to La Fruitière [Google Maps link], a truly epic cheese shop with an excellent selection of beers and wines. We spent about a half hour conversing with the owner over still-yet-another beer. If you love cheese and you are looking for a place to indulge – either to consume in-house (when times allow) or to take out – this is one of the top cheese purveyors in all of Brussels – so go wild and indulge yourself.

And, after all of the stuff we’re going through right now, a little bit of self-indulgence is definitely on the table, don’t you think?

Do you have some favorite spots for chocolate and food in Brussels? Please share them in the comments below. 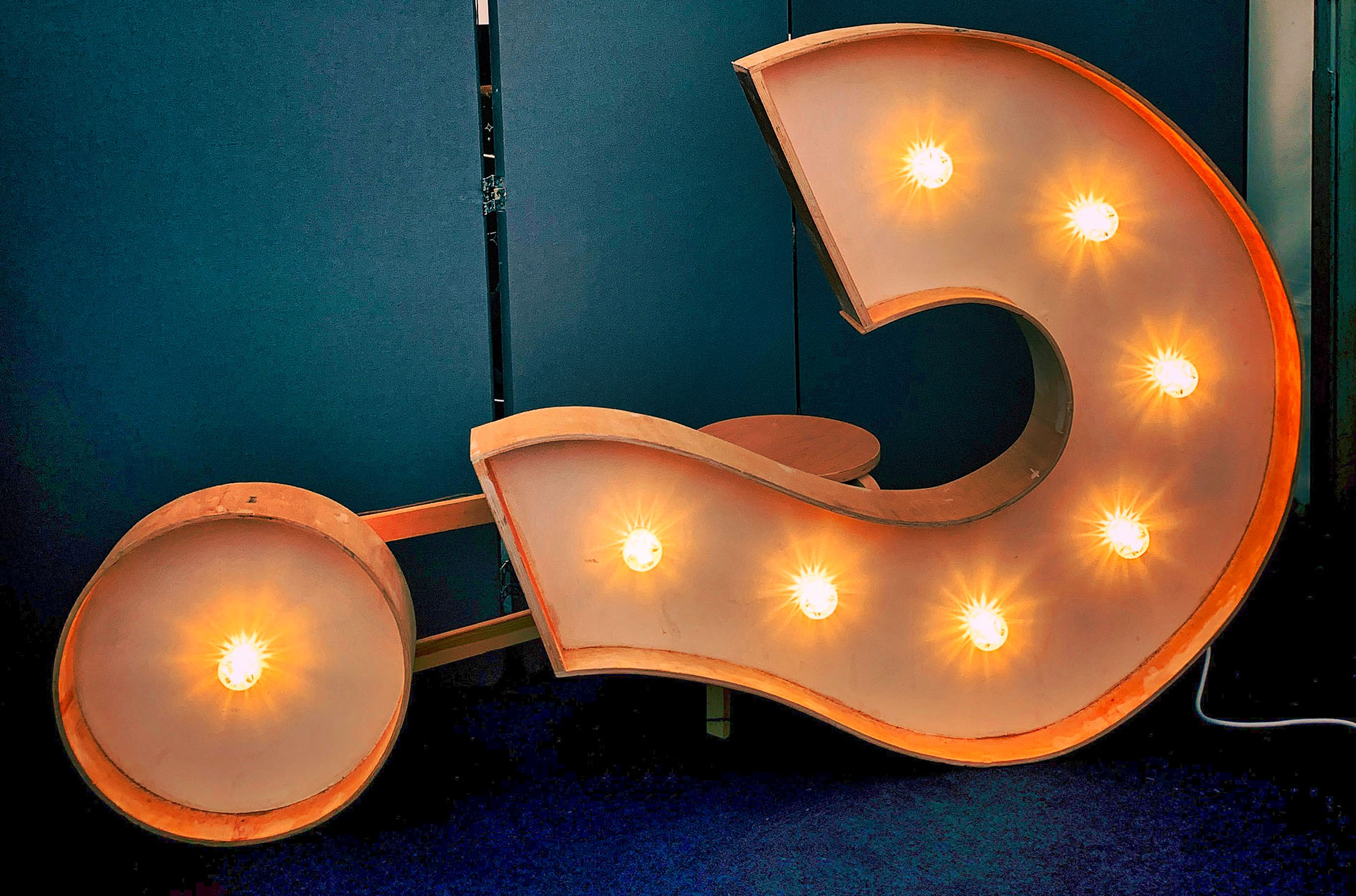 AMA: Ask Me Anything (About Cocoa or Chocolate) #1 – Edible Crystals

What to Read While Sheltering in Place from Coronavirus 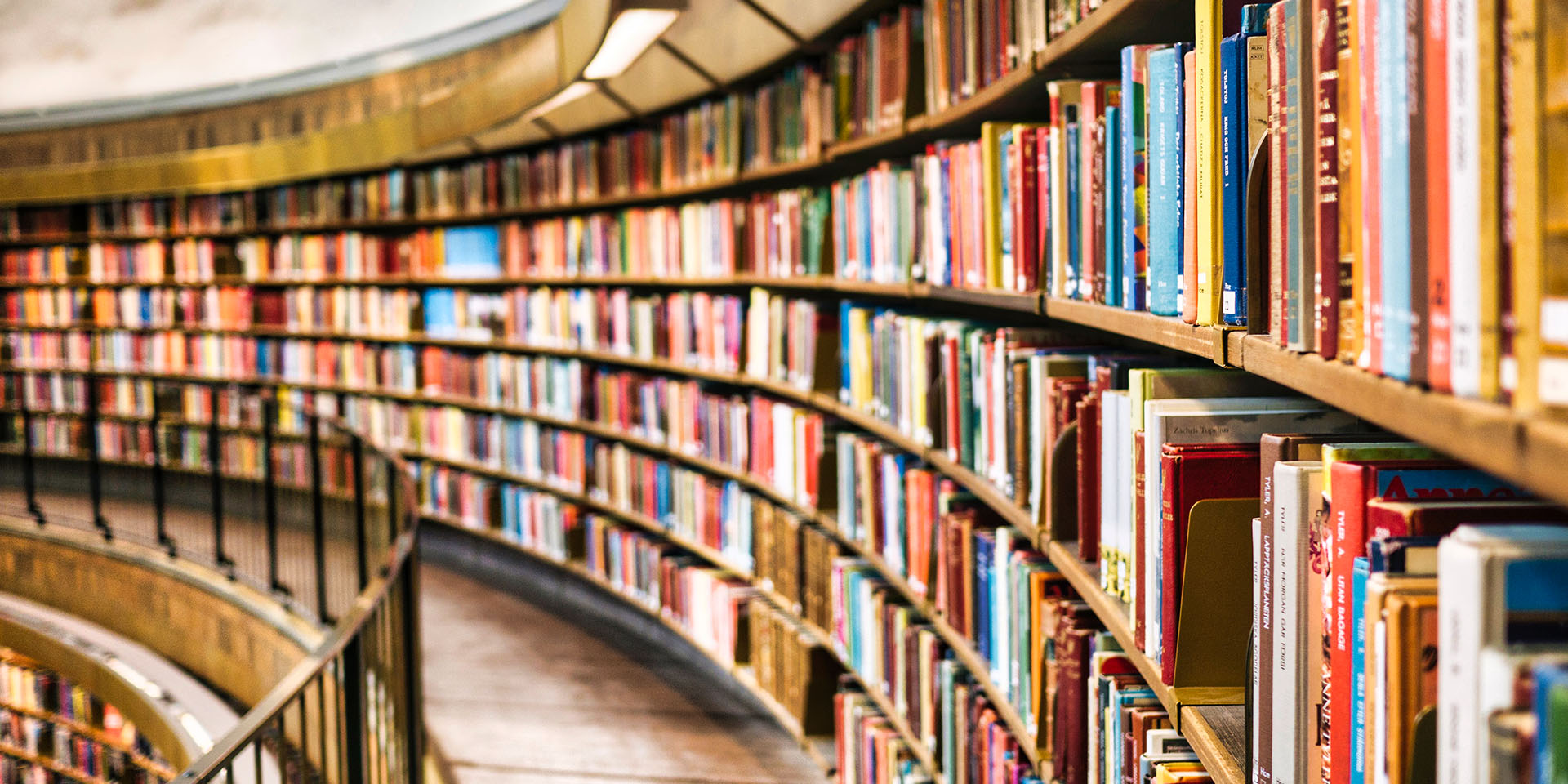