As the US “celebrates” the 224th anniversary of the signing of the Declaration of Independence it finds itself enduring its government’s heartbreakingly failed response to a global pandemic, protests in the streets over racial inequality and over-policing and how we remember our country’s history.

While my daily lived life has never been subject to much in the way of overt discrimination, I am, nonetheless, a human being possessed with empathy. I can see the pain others endure – often visited on them due to circumstances beyond their control – and, knowing I don’t want to endure similar pain, work to reduce suffering on an individual and societal basis.

I have survived 111 days – over 2600 hours, more than the equivalent of 50, 40-hour work weeks – sheltering in place due to the coronavirus, spending more than 90% of that time indoors, in my apartment, on my own. I have seen my work pipeline dry up completely and I have spent countless hours looking to expand the scope of my business in the hopes of earning enough to pay my bills and eat.

On the plus side, my isolation has afforded me:

Some questions I have been seeking answers to are,

To be honest, these are questions I have been asking since at least 2005 when, on a visit to a Rainforest Alliance-certified cocoa co-op outside Guayaquil, Ecuador, I witnessed a boy of school age working in the co-op moving heavy sacks of wet cocoa. While it was outside of school hours, the work could be considered potentially hazardous. Was this boy’s labor out of compliance with RA certification guidelines? If so, what did this mean for the reliability of the certification auditing processes?

In early May 2011, I started a correspondence with the external relations department of Fairtrade International (FLO) about the premiums they reported they paid in cocoa in their 2009 annual report. FLO reported a global total and I wanted to know the subtotals for each country that rolled up into that total. I was told that it was “complicated for us to compile reliable global figures.” Over the course of an exchange spanning nearly a year I never received a response to this question – FLO’s systems were capable of report global totals but – inexplicably for a system that depended on meticulously (or so I was led to believe) documenting chain of custody – not the country subtotals that rolled up into the global total. The system DB admins and managers were, in my opinion, missed the boat on this.

During this time I was in regular contact with U Roberto (Robin) Romano, the director of the documentary The Dark Side of Chocolate (TDSoC). We discussed his experiences producing TDSoC (2010), Stolen Childhoods (2005), and La Cosecha/The Harvest (2010), a look at migrant child labor in US agriculture. Robin and I started working on a project to address some of what we saw as the failures of institutionalized “fair” trade, targeting the differences between the official narrative and ground truth. This work stopped with Robin’s untimely death in November 2013.

Defining what is meant by the word “fair” is important as then-President Bill Clinton proclaimed during his impeachment trial, “It depends upon what the meaning of the word is is.” Like most English words, “fair” has multiple meanings. Which meaning or meanings we choose and the contexts in which they are used are important.

FAIR, JUST, EQUITABLE, IMPARTIAL, UNBIASED, DISPASSIONATE, OBJECTIVE
Free from favor toward either or any side.

FAIR implies a proper balance of conflicting interests. (Ex: a fair decision);
JUST implies an exact following of a standard of what is right and proper. (Ex: a just settlement of territorial claims);
EQUITABLE implies a less rigorous standard than JUST and usually suggests equal treatment of all concerned. (EX: the equitable distribution of the property);
IMPARTIAL stresses an absence of favor or prejudice. (Ex: an impartial third party);
UNBIASED implies even more strongly an absence of all prejudice. (Ex: your unbiased opinion);
DISPASSIONATE suggests freedom from the influence of strong feeling and often implies cool or even cold judgment. (Ec: a dispassionate summation of the facts);
OBJECTIVE stresses a tendency to view events or persons as apart from oneself and one’s own interest or feelings. (Ex: I can’t be objective about my own child).

…“marked by impartiality and honesty: free from self-interest, prejudice, or favoritism; sufficient but not ample.” Other definitions include: in accordance with the rules or standards; without cheating or trying to achieve unjust advantage.” Synonyms include: “just, honest, equitable.”

TL;DR? My contention is that “‘fair’ trade” in cocoa and chocolate, as it is typically embodied and practiced in 2020, is not fair.

If we define “fair” as “in accordance with the rules or standards” then yes “‘fair’ trade” can be considered to be fair – in the sense there are rules, standards, and contractual agreements that are entered into by two or more parties.

However, if we define “fair“ to mean, “without cheating or trying to achieve unjust advantage” it’s much harder, IMO, to justify the use of the word fair because “fair” in this case “fair” also implies equality – a balance between conflicting interests, and in this instance cocoa farmers, cocoa co-ops, and even the governments of cocoa-producing countries do not enter into negotiations and contracts as equals.

My considered view at this point in time is that institutionalized “‘fair” trade” has devolved into a form of socially-acceptable economic imperialism, a modern, globalist, laissez-faire capitalist greenwashing of neo-colonialism.

Disclaimer: I think the founders of the “‘fair’ trade” movement were well-intentioned and were looking to address systemic inequities in the balance of power between agricultural producers – farmers in the “global south” or developing nations – and the customers for their work who are predominantly in the “global north” or developed nations. Similarly, I think many people who are involved today promoting and administering “‘fair’ trade” programs believe in what they are doing and that what they are doing is “fair” and improves the lives and livelihoods of the producers they work with. But I do not think it can plausibly be denied there exists people and companies that have exploited the system since the movement’s inception.

Not so rhetorical question: If “‘fair’ trade” is such a good dead – why doesn’t every cocoa co-op participate?’

Why “‘Fair’ Trade” is Not Fair

“‘Fair’ trade” – in cocoa and chocolate, I cannot speak for other commodities with as much direct first-hand experience – can be framed the following way:

On page 131 of Chapter 7 of the Cocoa Market of its 2014 State of Sustainability Initiatives Review, the International Institute for Sustainable Development reports that the major sustainability standards active in [the cocoa] sector include organic, Fairtrade, UTZ, and Rainforest Alliance. Together these standards certified as estimated 22% of the world’s cocoa production in 2012, adjusted for multiple certifications. Of this 22% only about one-third is sold as compliant accounting for less than 10% of total exports [emphasis added]. This implies that only one-third of certified cocoa was eligible to receive the premium for certification.

The existence of large numbers of what I call “certification apologetics” organizations – organizations whose mission appears to be massaging reporting around “‘fair’ trade” – is a clue to me that something is not right.

The premium is the same for Ghana and Côte d’Ivoire, two countries that share a border. The premium is also the same in Tanzania and Madagascar, Perú and Ecuador and Costa Rica and Papua New Guinea. Having the same premium implies that the cost of living and the cost production is the same in every cocoa-producing country. Which they demonstrably are not.

The process of negotiating the premium exerts downward price pressure as near as I can see. If the “fair” premium, one that delivers a living wage (although that is an incomplete metric), “should be” $0.12/kg in Country A and $0.10/kg in Country B based on the actual cost of production – then Country B is at a competitive advantage over Country A when it goes to sell its cocoa, assuming the price is set by “the free market.” Country A is therefore under pressure to agree to the lower premium, even though it is not in its best interests economically to do so.

Proposed Changes to Address these Imbalances

How we got to this point is really complicated and has taken centuries, so there are no simple answers. And no simple solutions.

I firmly believe that it is immoral to be against something without presenting alternatives. Example: You can’t just be against nuclear power, you have to propose a viable alternative. This belief is consistent with a more general principle I have been promoting for more than five years: It is immoral to arrogate authority over something without assuming a corresponding responsibility that justifies the claim.

With that said, here are some proposed changes to the way certification organizations work that would help address the imbalances in the power dynamics in “‘fair’ trade” relationships:

Note: Edited on 04/08/21 for grammar, spelling, punctuation, and clarity. All photos © Clay Gordon.

What do you think? Do you agree? Disagree? How and why? Please let us know in the comments below so the discussion can continue. 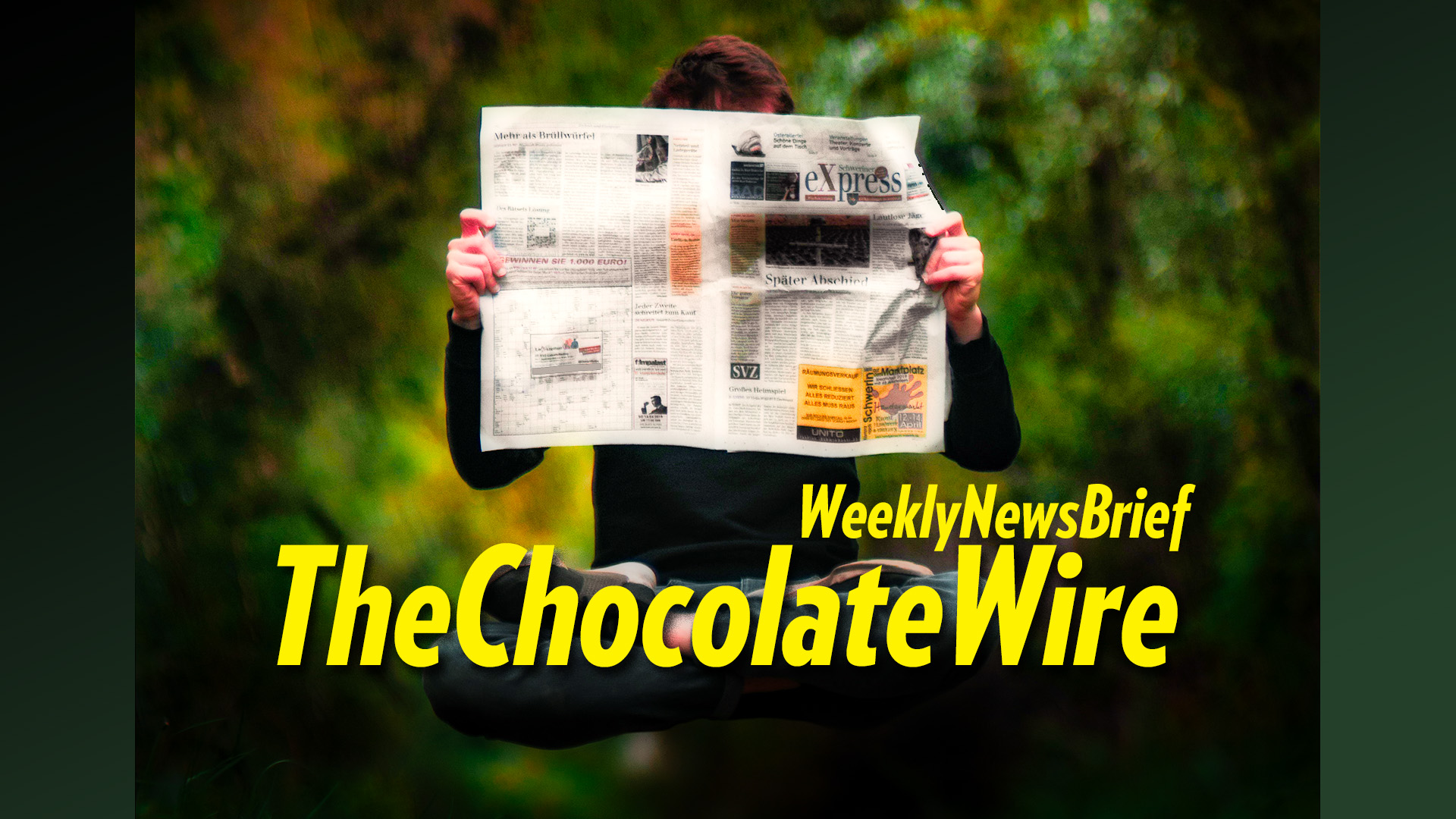