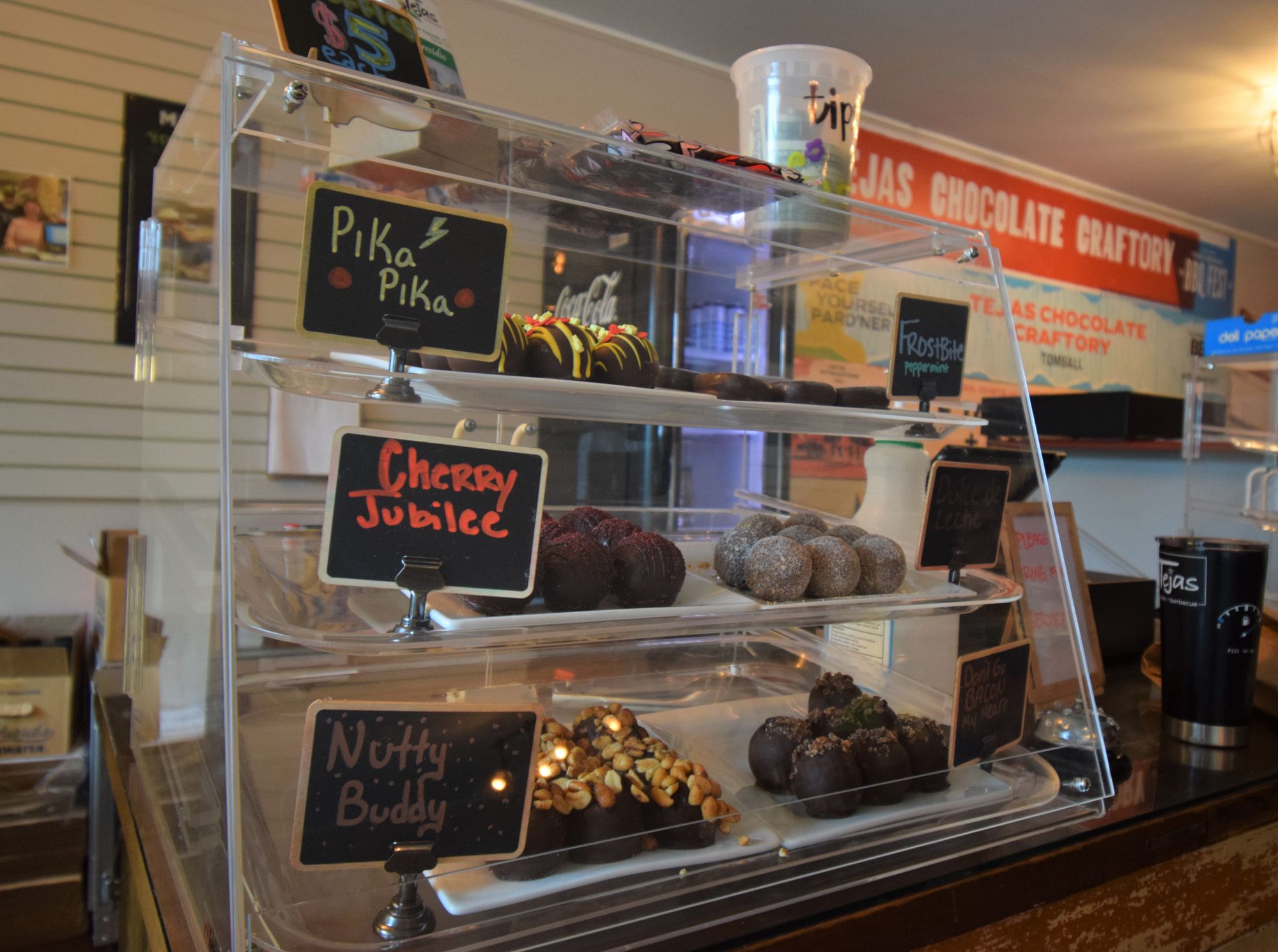 "Well I didn't expect to be standing in line like this just to buy chocolates."

Stand in line we did, though. For 30 minutes under a broiling sun with a hundred other folks, and most of them had driven to the town of Tomball for the barbecue, not the chocolates.

I came here with my wife Amy, my cousin (and Houston native) Tom, his wife Bev, daughter Wendy and her son Heath. After a coma-inducing lunch of superb Central Texas brisket, handmade sausages, beef rib, pork ribs, potato salad, Cole slaw, cornbread casserole and craft beer, we met Greg Moore the Chef/Owner of Tejas. Naturally I’m here to write about the chocolate shop, but I certainly can’t sample chocolates on an empty stomach, correct? Greg strikes me as the epitome of a Texas barbecue enthusiast. He’s patient, curious, engaging and a bit tired from tending a slow-burning oak fire. In this part of the world, folks like Greg are major celebrities and one should be able to entertain writers and their dumb questions if they’re going to achieve this level of barbecue notoriety.

“When we were kids, Dad was a travelling salesman and he drove everywhere. And when we were on a trip with him, he’d think nothing of pulling over if he saw a barbecue joint on the side of the road. Didn’t matter if we’d just had breakfast. If it was something we hadn’t had before, we were stopping.

"My Dad had a love of the craftsmanship of barbecue and we picked it up from him.”

Greg’s love of barbecue didn’t translate into a life of the traveling salesman, though. The oil rigs of the Gulf of Mexico did, at least for a few years.
“I was tired of working on oil rigs and I’d done it for three years. A month on, a month off. Whenever I had down time I’d be chatting with the cooks or spending time in the kitchen learning something new. An oil rig is a miniature UN, we’d have folks from all over the world and I learned a lot about other cultures and what they cooked, how they ate. But the work was exhausting, and I really wanted to do something else. I was talking to Dad and told him I wanted to be a chef and maybe go to culinary school. He suggested I knock on some doors of finer restaurants in Houston and get my foot into the door. And that’s what I did. Loved it, too. I showed up on time, worked my way up the ladder.” 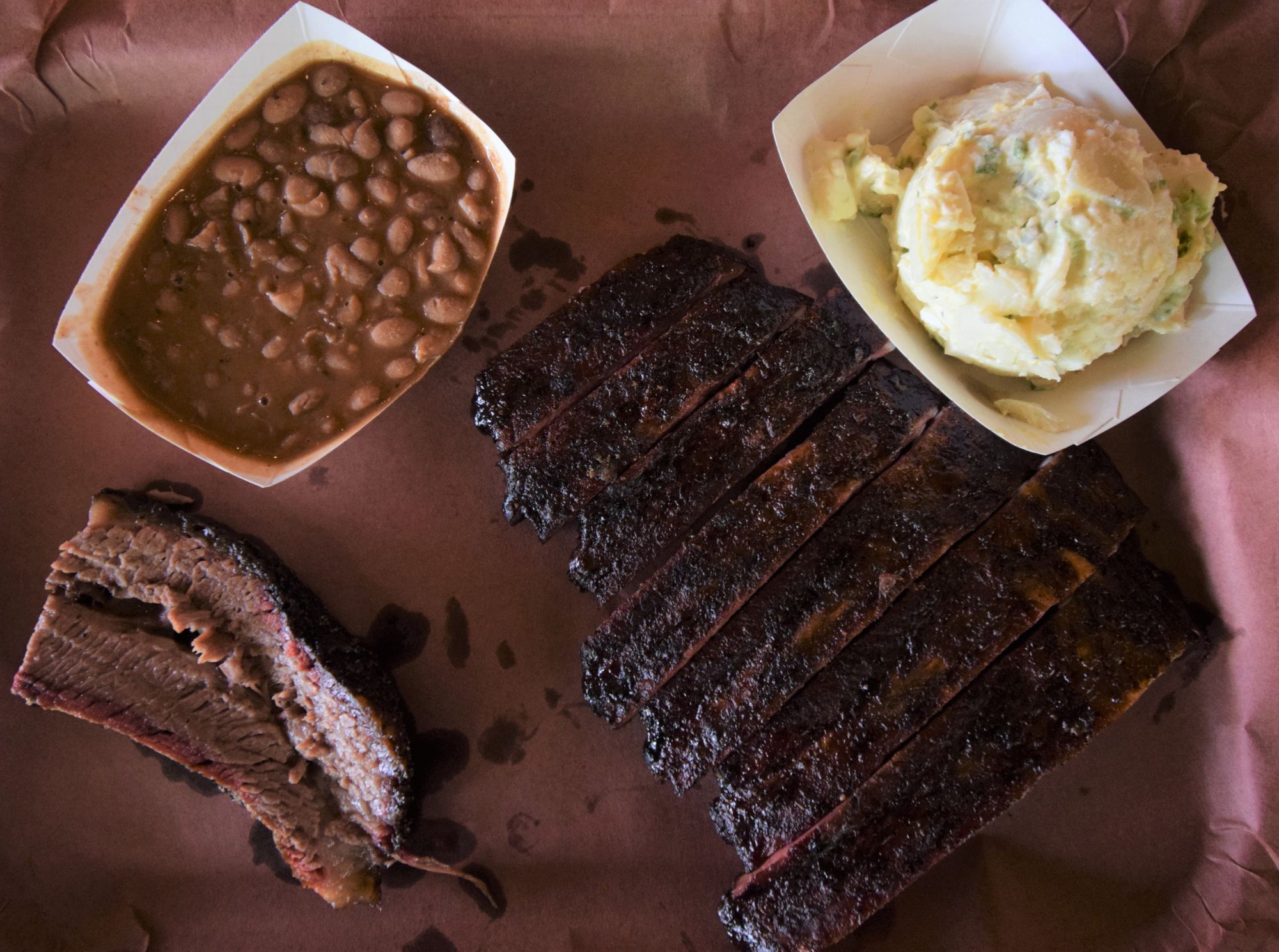 After a few years in food & beverage he had worked his way up to sous chef at a well-known fine dining restaurant and one day he came into work and the executive chef had put in his notice. “And I was offered the chef’s position. I felt like I was in over my head, but the owner convinced me I was ready, so I took the job.”

Not long after that his brother Scott became interested in making chocolate. And he kept calling Greg and asking him to come over to the house and see what he was doing.

“I was so busy though, working those long hours, so it took me a while to get to his house. He’d call me and tell me he was making chocolate and I was like, yeah, sure, whatever, big deal.  When I finally got there, he had this little tabletop melanger spinning away and a big bowl of cacao beans and roasted nibs and he showed me the whole process and I was like, 'Wow, you’re really making chocolate.'"

Scott’s love of bean to bar chocolate eventually became Tejas Chocolate and it grew to the point that his chocolate bars were a staple of Houston’s farmer’s markets. The amount of chocolate he was producing meant he’d taken over the kitchen of his house and eventually Michelle, his partner, was so sick of cleaning up his mess she put her foot down and kicked Scott out of the kitchen, so he had to find some space to make chocolate.

“Scott is a creative pit bull and when he’s faced with a challenge, he’s going to sink his teeth into it. He started looking around for some space, writing a business plan, looking for investors. And meanwhile, I was at a crossroads. I had some investors that wanted to back me with a fine dining restaurant. Scott was looking for a proper space to produce and retail his chocolate and I had some backers. And we got together and bounced some ideas around and we knew his chocolate wouldn’t be enough to make it work. And being fifth-generation Texans with our Dad’s love of a great barbecue joint, we thought we could get some smokers going, sell some brisket and craft beer, and that would bring customers in that would buy our chocolate.

So, we found this little spot to make chocolate bars and also sell a little brisket and pulled pork. We had one smoker and were roasting our beans in a little handmade brick oven. That was 2015. Then one day in January of 16 we got a phone call that we would be in Texas Monthly, and the magazine would hit the racks tomorrow.  Daniel Vaughn, their barbecue editor, wrote a nice story about us. And we weren’t doing anything fancy. Salt and pepper on our briskets and smoking them over Post oak. The next day we had a line wrapped around our building here on Elm Street. It was crazy. All that just so we could sell some chocolate bars.”

An hour earlier I’d stood in line I wondered how many had also bought some of their golf ball-sized (everything’s bigger in Texas) chocolate truffles.

“Well, the fellas usually buy a truffle or two to take home, so their ladies don’t get jealous when they find out they ate with us. Right now, we average, on a slow week, 1,000 truffles and during a busy week closer to 1,400.”

Greg invited us into the chocolate shop and that meant a walk through his prep kitchen where a brigade of cooks were prepping potato salad, stuffing sausage casings, and trimming briskets.

“Greg this is wonderful. So many restaurants tell me they’re scratch kitchens without even understanding what that means.”

Greg patted one of the guys on the back and offered him thanks for coming in and turned to me, laughed and shook his head.

“Can you believe our original idea was to cook barbecue to attract window shoppers for our chocolate bars? And now we’re making sausage links and potato salad in huge batches.”

Inside the chocolate shop we met Janie Williams the chocolatier. She was dipping those huge truffles into chocolate ganache and topping them with finely diced smoked bacon. Speed racks loaded down with sheet pans of truffles, some decorated with colored ribbons, others with sparkling, colored sugars, rolled past a Selmi tempering machine that pushed a steady stream of chocolate through a stainless-steel spigot. Heath was suddenly glued to the ground and his eyes bulged to the size of a Tejas truffle. Greg smiled at the sight, and I thought about the power of chocolate to bring out the kid in all of us, while great barbecue appeals to the patient artisan in us. Many of us know what it takes to make great barbecue. Few people outside of “Chocolate” realize the challenges in making great chocolate.

Janie has a team of four that spend their day cracking, winnowing, grinding, and tempering beans from the best known cacao regions of the world in a shop that was a former antique store. Tom asked him if they ever used any chocolate or cacao in cooking something other than Mole’. After he said no, we discussed the similarities of preparing barbecue and chocolate. The critical part of the process is done up front and once the fire is burning and the meat is on, or once the beans have been fermented and dried, there’s only so much one can do to save a poorly prepared brisket or bean.

"You can only put so much lipstick on a pig. So we need to get it right the first time.

With the chocolate, though, we’re dependent on our suppliers to send us beans that have been handled properly. The barbecue? Well that’s all us.”
As Tejas grew, so did their space. Over the years they’ve taken over several small buildings that were part of this little neighborhood on Elm Street. Greg, Michelle, and Scott have a great relationship with their landlord, and would like to become property owners, their next big goal. Moving into a new space comes with its own challenges because part of the appeal to Tejas is the reward of the drive and its “Texas” feel, and that’s a tough thing to replicate from scratch.

As we were chatting with Janie, she pointed to a Metro shelf full of big blocks of chocolate wrapped in butcher paper, the same paper they use for their barbecue. After the chocolate leaves the refiner, it’s molded into large blocks, labeled, dated and aged in butcher paper. When it’s time to make truffles, the blocks are tempered in the Selmi and I see blocks labeled Bolivia, Belize, Guatemala, Papua New Guinea and Terlingua.

“Terlingua?”
“Yes sir. That’s our proprietary blend of chocolate and chili pepper. You know, it’s Texas style chocolate.”
“Of course. I'd expect nothing less from a chocolate maker named Tejas.” 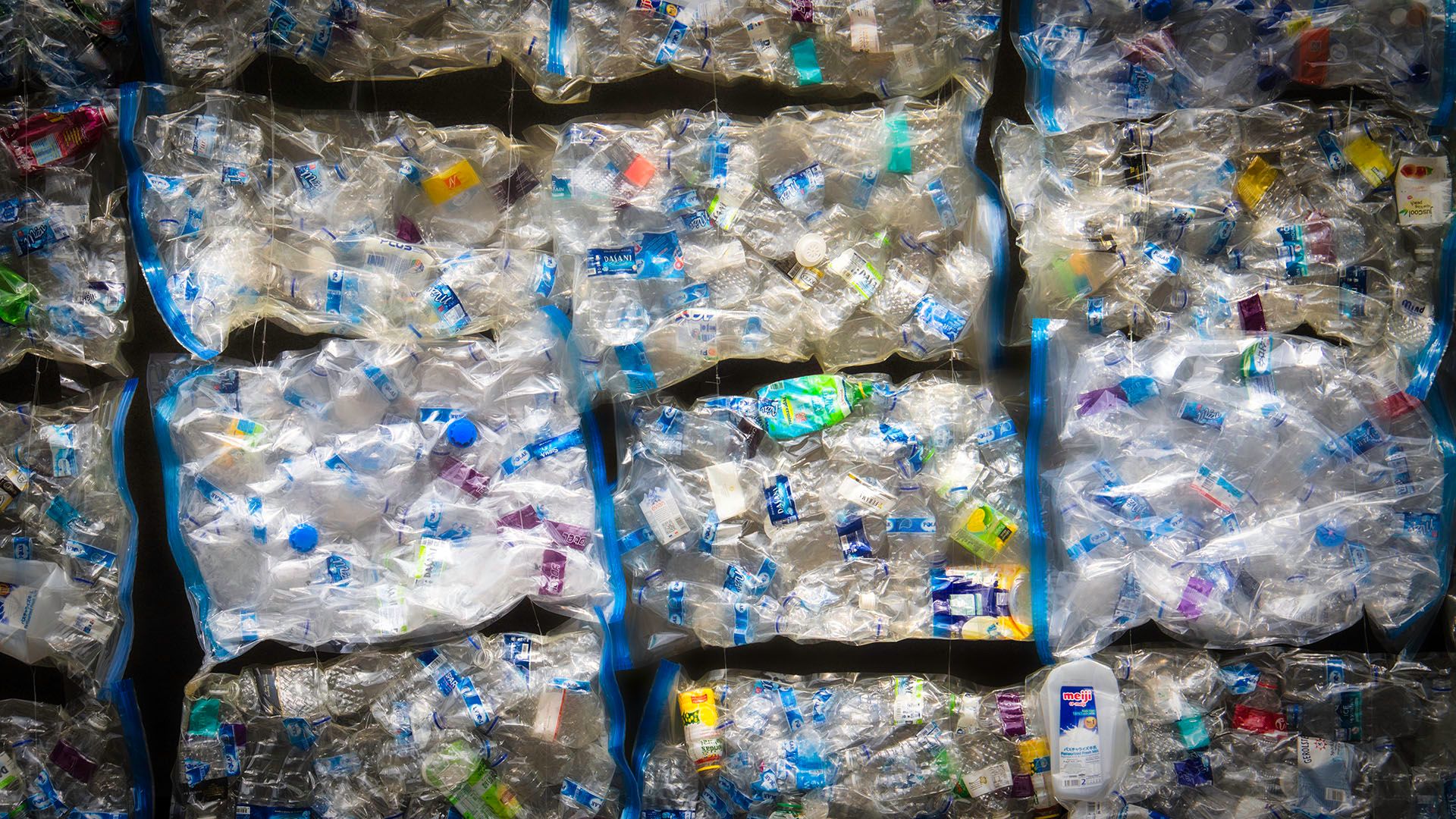 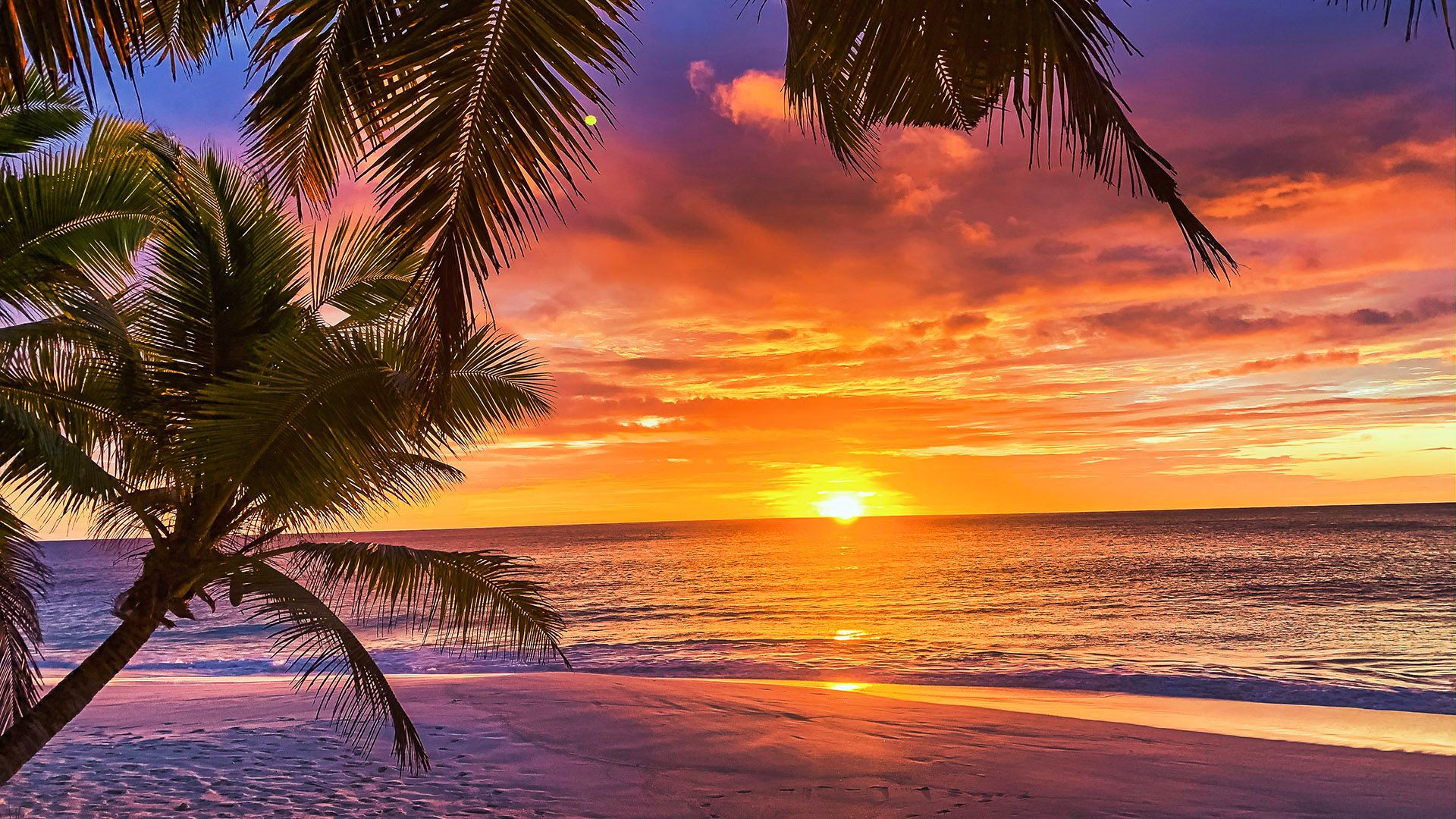