There is a lot of inaccurate information about cocoa and chocolate on the Internet. One of my goals is to help readers be better consumers of chocolate content they run across on sites like YouTube by providing them with more complete information and encouraging skepticism of claims. Including my own. Do the research and don’t take things at face value before sharing a video that might contain inaccurate information on social media.

Disclaimer: I am not out to embarrass the producers and writers of this video. My goal is education, and one way to educate is to review what others upload. Often they don’t know what they don’t know – but I will point out when they get things right.

Below is a video I found on YouTube uploaded by Gabe Humphries of HIS  (Hawaii Institute of Self-Reliance) Survival on Mar 4, 2017. The video has over 2,350,000 views and more than 1750 comments as of this writing, with 23k likes and 1.8k dislikes – a nearly 13:1 ratio from the about 1.25% of those viewers who expressed an opinion either way.

0:14 – Yes, one way to tell if a pod is ripe to scratch the skin and examine the color of the flesh of the pod thus revealed. If the flesh is green the pod is unripe. It’s a cool fact that is not widely known outside of those who harvest cacao or work with it.

1:15 – Cracking open pods with a mallet instead of a machete is not only safer it reduces the risk of damaging the fresh seeds inside. And yes, at this point they are cacao seeds not cocoa beans. One reason they are still called seeds at this point is that you can plant them and they will germinate and grow. Fermented and dried beans will not germinate so they are not called seeds.

1:31 – “It’s not a good example, it’s kind of slimy.” The pulp surrounding the seeds has a name in Spanish – baba. As in, cacao en baba. Baba is translated as slime in Spanish; in Portuguese, the baba in cacau em babá is translated as drool. But the point Gabe was really making was that the pulp was discolored, not white. This may be because that pod was harvested a while ago and we’re seeing the effects of the pulp drying out.

1:45 – “Delicious … We’ve got us a good one right here.” One thing most people do not know, because they have never tasted fresh pulp, is that there is huge variety in the flavor, acidity, and sweetness in fresh pulp. Some of this is down to genetics, some is due to how long the pod has been off the tree before it was opened, and some is due to environmental conditions such as how much rain there has been recently. There is some correlation between water content, acid levels (mostly citric acid at this point of the process), sugar levels, and aromatic chemicals in the pulp with flavors that can be found in a finished chocolate. This was demonstrated to me personally by Stéphane Bonnat in 2016 on a trip in Tabasco, MX. What I do know is that making the connection requires an enormous amount of personal experience with both the fresh pulp and the chocolate made from the beans fermented in that pulp. I don’t know if Gabe is saying here that he knows the seeds in that pod will make good chocolate or just that the pulp itself is delicious.

2:08 – You can hear them talking about the taste of the pulp for the next few seconds. It’s a little bit tart, but still. They’re not quite ripe. It tastes like the color, too. One of the descriptors they agree on is limey, kinda Jolly Rancher taste.

2:35 – Fermentation is going to take place in the cooler. We would call that a micro-ferment. A five-day fermentation is reasonable. You certainly don’t want foreign material in the ferment … rocks, bits of pod, or (and the first word he is struggling for is) pulp (”beans [sic] with the white around it”), and then (2:56) placenta, the internal supporting branch from which the seeds grow.

03:05 – Drying for “a few weeks” is a very long time. If the moisture level does not come down quickly there is the risk of mold and mildew ruining the beans.

3:33 – Beans are not normally ground into nibs before roasting and making a liquor (but weirdly pronounced as a cross between liquor and liqueur), before adding soy lethicin [sic]. Then he mentions (correctly) cocoa butter before saying cacao butter, which is not in common use. And then add whatever else is in the recipe, into the liquor right before you make chocolate. And then you add sugar into the liquor and then you temper the chocolate. This is not the normal order of steps in making chocolate. A really simplified process that might be used by a craft chocolate maker follows;

4:10 – A pod with a dark spot is shown. It doesn’t look to me like the seeds themselves are rotten. If they were actually rotten, the best practice would be to throw them away as it would affect fermentation. Fermentation will not fix rotten seeds – it’s definitely not fine. It is true you would not want to add seeds that had started to germinate (sprout) to a fermentation pile. However, most farmers get paid by weight so they are incentivized for quantity over quality.

4:40 – Two weeks is still a long time for drying. And does Hawaii really have jungle? Tropical rainforest maybe, but I wouldn’t call it jungle. Tiny quibble, I know. And it’s probably second-growth forest at best.

4:55 – Anyone who knows me knows how much of a fan I am not of the distinction between cocoa and cacao used by many that get’s repeated here. Cacao should be used to refer to fresh/wet and cocoa should be used for dried and semi-finished products. Cacao seeds. Cocoa beans.

5:05 –“We want to make nibs out of them before they start to smell mushroomy or funky.” If this is a problem the beans are not fully dried and/or the humidity of the storage location is too high. In general, you want to wait 8-12 weeks after the beans come off the drying pad (age them) before starting the process of making chocolate from them.

5:35 – The language is very sloppy. The nibs will be roasted and then made into liquor, and then poured into chocolate.

5:40 – 8:15 – Pretty much the entire chocolate-making process, which can take several days in a machine the size of the one showed, is glossed over. There is no video of how the nibs get roasted, no video of adding the other ingredients (sugar, cocoa butter, vanilla, lecithin) mentioned. The video cuts to moving a small amount of chocolate from the refiner to the freezer to lower the temperature before being added back to the rest of the chocolate in the refiner. This is one way to temper, I guess, and I have to give them kudos for thinking of using the refiner as a way to mix the chilled chocolate into the larger mass to form the right crystal structure, but it seems to me to be a hit-and-miss way to temper. Plus it overlooks the actual chocolate making process entirely.

In this sense, the description of the video is fairly accurate, “Gabe shows the cacao tree, cacao pods, fermented beans, nibs, and the final process in making chocolate,” if (and only if) the final process in making chocolate is tempering. Which it’s not. Chocolate does not need to be tempered if it’s going to be used in a ganache or in baking. Tempering is required for molding and depositing.

8:15 – That said, the temper on the finished bars looks good and there are no apparent mold release marks so whatever process they have come up with seems to work for them. But the video may be showing cherry-picked examples. In any events, it’s not a process I would ever recommend to anyone.

At the very end – throwing gang signs over Aloha is kinda weird.

There are many places where this video is technically and factually wrong and the descriptions are incomplete. As with many videos like this the number of views and apparent positive comments mean the information many viewers take away from the process is just wrong. There is a significant subset of comments about the fact that the video jumped from nibs to finished chocolate without showing what goes into converting nibs into chocolate. What’s surprising to me is the level of vitriol in some of the replies to commenters who point this out.

But overall, my thoughts about the comments tell me just how little people know about how chocolate is actually made.

I offer rebuttal space in the form of a standalone article here on TheChocolateLife to any blogger or publisher who thinks I am wrong (or just being mean).

I appreciate the commentary on this video. I am a new cacao grower and learning how to process my own product. I have relied on a variety of YT videos to puzzle out the process – this one among them. I certainly agree that roasting before breaking into nibs is imminently practical, but I am trying to be open-minded and some day I will give a try to roasting after breaking – will the chaff separate so easily after my breaking process (a hand-operated auger-feed corn grinder)? I’ll try to report back. 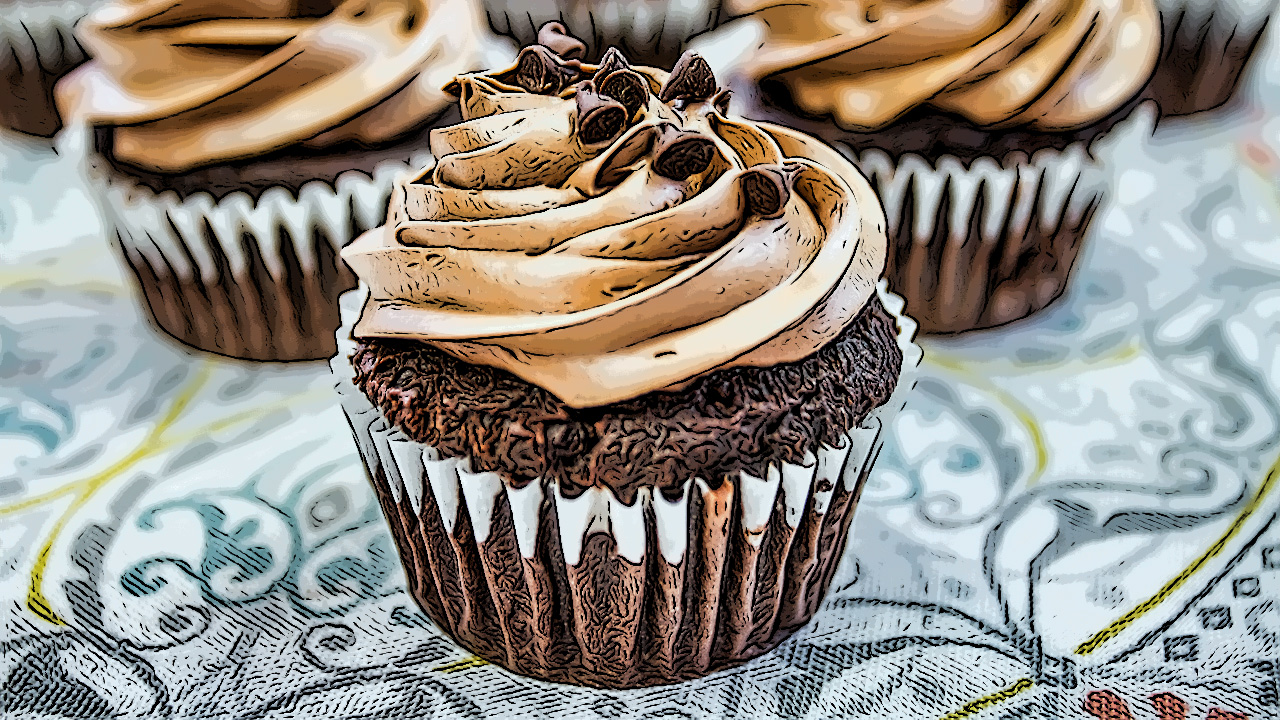 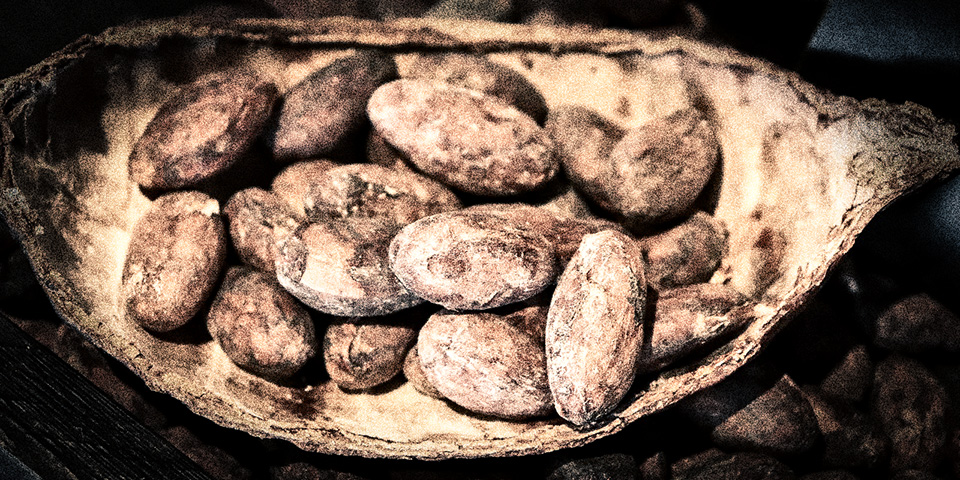