By Tiffany Stecker of ClimateWire

More than half of the world’s chocolate is sourced from Ghana and Ivory Coast, or Côte d’Ivoire, where the cocoa-growing topography will be very different by 2050, according to the study (link is to a .PDF) by the International Center for Tropical Agriculture (CIAT).

“There will be areas that remain suitable for cocoa, but only when the farmers adapt their agronomic management to the new conditions the area will experience. There will also be areas where suitability of cocoa increases,” states the study. “Climate change brings not only bad news but also a lot of potential opportunities. The winners will be those who are prepared for change and know how to adapt.”

Farmers can begin to see declines in cocoa production by 2030, says the report. The suitable regions, located within 300 kilometers from the coast, will shrink considerably. Production is likely to concentrate in the cooler Eastern and Ashanti highland regions in Ghana, as well as the 18 Montagnes region in Ivory Coast.

Most importantly, the decline in cocoa production will uncover the fragility of farmers’ reliance on a single crop to make a living.

“Many of these farmers use their cocoa trees like ATM machines,” said Peter Laderach, the report’s lead author. “They pick some pods and sell them to quickly raise cash for school fees or medical expenses. The trees play an absolutely critical role in rural life.”

The study is the first of three from the center, which are funded in part by the Bill and Melinda Gates Foundation.

As an ultimate result of lower supply, cocoa farming is likely to shift to a higher-quality commodity, said Rodney North, spokesman for Equal Exchange, a provider of fair trade chocolate.

“You want to be growing the high-quality stuff,” said North. “As supplies dwindle, it will be more important to have a quality strategy rather than a volume strategy.”

Archived Comments
I have a feeling the farmers will find ways to adapt. Sustainability has ALWAYS been a priority for farmers, not just when it’s trending. I don’t agree that chocolate is one of the world’s guiltiest pleasures though. Seriously, I have no guilt about it at all. Besides, there’ actually some great health potential for chocolate. Everything in balance of course, but I refuse to feel guilty and love to support the cocoa farmers. One thing that does worry me though — Venezuela. Their economy seems to be almost starving. Not sure how this impacts the cocoa farmers and the cocoa seems to get out of there — or so I’ve seen from the bars I’ve purchased, but what happens down the road remains to be seen. Fingers crossed.
There are very few things that climate change doesn’t affect in some way
Next Post 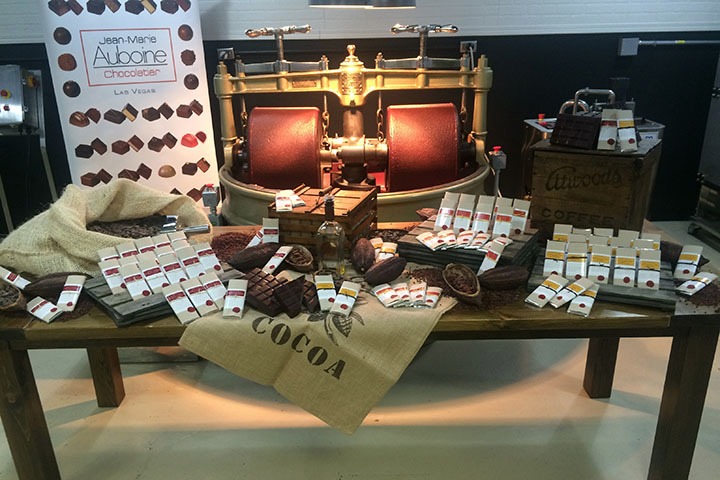