Gaslighting (according to Medical News Today) is “a form of psychological abuse where a person or group makes someone question their sanity, perception of reality, or memories.”

On Thursday, July 29th in Accra, Ghana, Nico Roozen, currently the Honorary President of Solidaridad Network, attempted to gaslight the entire global cocoa community when he made the following statement during a roundtable on recent developments in cocoa in Europe and their implications for future European Community market access by W African countries:

“...there is no evidence of slavery in West Africa’s cocoa sector.”

This stance appears to be the official position of the Solidaridad Network:

Roozen asserts this remarkable “fact” in his talk without citing any actual research, stating only personal anecdotal evidence of a small number of conversations and, “that a data-based consensus is emerging that 97% of occurrences of child labour is [sic] linked to children who are delivering services to their parents.”

I, and I suspect many others, would like to see the research supporting the “data-based consensus” Roozen cites in support of his utterances.

Etelle Higonnet, an independent expert on cocoa sustainability, responded “If indeed it is true that Nico Roozen claims there is no slavery in West African cocoa, perhaps he has simply been in a coma or living under a rock for the past few decades. I suggest he watch the video testimonies of slaves in “Envoyé Spécial” and read the materials submitted in the recent cocoa slavery case heard by the US Supreme Court. This irrefutable evidence of ongoing slavery in cocoa - like so many other materials he appears to have missed – should help clear things up for Mr. Roozen.”

Roozen’s assertion on July 29, 2021 appears to fly in the face of a story published on the Solidaridad website dated 11 June, 2021 that includes the following paragraph:

“Child labour is still a reality on West African cocoa farms, and there is strong evidence that forced labour continues in the sector as well. Recent reports – such as Ghana’s GLSS 7 survey and the study of the University of Chicago commissioned by the United States government – show that close to 1.5 million children are engaged in hazardous or age-inappropriate work on cocoa farms in Ghana and Cote d’Ivoire. The vast majority of these child labourers are exposed to the worst forms of child labour, such as carrying heavy loads, working with dangerous tools, and increasing exposure to harmful agrochemicals.”

Jason Glaser, CEO of La Isla Network, an NGO working to eradicate chronic kidney disease of nontraditional causes (CKDnT) among agricultural and other workers, has direct experience with Solidaridad Network undermining the work they are doing – and that continues to need to be done – by Solidaridad claiming they have addressed the problem without being able to provide evidence substantiating those claims.

The key thing to understand with Solidaridad is that while they’re not well known to the general public they’re very well known in CSR (Corporate Social Responsibility) circles, and they’re absolutely huge in Holland. When there was an attempt to hold them to account for cutting funding and claiming premature victory over CKDnt they formed a phalanx immediately with [key Dutch funding agencies]. I have seen good work by some local employees at Solidaridad, but this bad behavior comes from the top in Holland.

“For too long too much NGO work has not been data driven and organizations have much to lose if a crack in their stories has light shined into it. I have seen incredible coordination between misbehaving companies, supposed labor advocates, and others during investigations I have worked on. To me, the question for Solidaridad is, “Are they just buying their own BS because it is expedient and pays their bills, or are they willfully manipulating the space?

Roozen's rhetoric is bad, but the system – the unquestioning Dutch government support, other funders turning a blind eye and a CSR landscape allergic to data driven change – enables this destructive behavior. That must stop.”

The Scarecrowiest of Straw Men

In his talk, Roozen completely dismissed the idea there is any form of illegal child labor in the cocoa sector of W Africa – not just that which could be called “slavery” – calling it “calculated disinformation” being disseminated for marketing purposes, again in what can be construed as a complete flip-flop from the June article (referenced above) on the Solidaridad website.

“bemoaned the reputational risk [emphasis added] that is emanating from the  misunderstanding of realities and calculated misinformation for marketing purposes.”

What does reputational risk have to do with allegations of slavery?

What Roozen appears to be doing here, in my opinion, is erecting a straw man fallacy – that is, fabricating an argument no one is actually making in order to knock it down – diverting attention and proactively “poisoning the well” against what he alleges are mendacious attacks being made for marketing purposes.

One way to interpret what Roozen is doing is that he is admonishing the governments of Ghana and Côte d’Ivoire to clean up their reputations because if they don’t the European Commission may block imports of cocoa into the EU.

Work on polishing your reputations, not actually solving the problem? How is that an ethical position to advocate for?

In what alternate universe is Roozen now speaking from? Apparently not the one the Solidaridad Network was inhabiting six weeks ago when it admitted, “Child labour is still a reality on West African cocoa farms, and there is strong evidence that forced labour continues in the sector.”

This suggests an obvious question for which an answer must be found:

Why is Solidaridad taking this position now? Whose interests are being served?”

My gut tells it is not the interests of the average Ghanaian or Ivorian cacao farmer.

Roozen and I share a first-degree (direct, or first) connection on LinkedIn, so when a post he made about his talk, and comments on it, went up last week they showed up in my feed:

“The slavery stigmatization [emphasis added] driven by consumers anxiety is something we don’t need but agree it surfaces ...”

To which I replied:

Taco – I find the post about Nico’s presentation to be gaslighting of the highest order. It reaches Trumpian heights.

Perhaps his “no evidence of slavery in West Africa’s cocoa sector” claim might be more “truthful” if it read “... that has been proved in court.” A close read of the recent US Supreme Court decision demonstrates to me an element of bad faith in that line of thinking. If there is NO evidence of child slavery in the W African cocoa sector, why not give the plaintiffs their day in court to lose the case on the merits of their argument? They will lose and Cargill will be vindicated.

~15 years of delay on procedural grounds suggests to me that Cargill, Nestlé, et al (including the other defendants in the DC Circuit Court TVPRA case recently filed by International Rights Advocates) desperately want to avoid at any and all costs a jury trial on the merits of the case.

As dangerously disingenuous as I find Nico’s comments to be (Is this now the official position of Solidaridad Network?), your comment about stigmatizing slavery is even more incomprehensible to me.

One topic that absolutely deserves stigmatization is slavery. [Emphasis added.]

I had a Clubhouse room on Wednesday August 11, titled Going Slave Free - Lessons Learned. In that room I mentioned how challenging it can be to determine which companies are involved in the manufacturing and distribution of the food we eat and other products we purchase. If we object to Cargill’s alleged complicity in not eliminating illegal child labor and slavery in its cocoa supply chain, and want to protest it by calling it out and not purchasing products Cargill manufactures and/or distributes, how can we tell what those products are?

I am fairly well versed in the world of cocoa and chocolate and so I know some Cargill house brands (e.g., the professional couverture line Veliche), but attempting to go Cargill-free just in cocoa and chocolate requires knowledge of private-label clients I do not have, and am likely not to get a comprehensive read on easily, if ever.

I do want to point out that over the course of my career that I have met Cargill employees who do good work and genuinely care about doing good. This is not a knock against them, personally. As Jason Glaser pointed out above, this is behavior that comes from the top – and I wholeheartedly concur that it must stop.

Disclosure:
In March 2020, on may way back from the Chocoa conference in Amsterdam, I stopped in Brussels for a consulting gig just as Covid travel restrictions were being enacted. That gig was to join a tasting panel for new single-origin couvertures for Cargill’s Veliche brand.

My guess is that any future consulting work for Cargill is now off the table – a personal and business sacrifice I am willing to make on principle.

A Call to Action

If Nico Roozen is to be remembered for any one thing, I contend that it should be for trying to gaslight us by uttering the line:

“...there is no evidence of slavery in West Africa’s cocoa sector.”

I ask every one of you to work with me to ensure that that phrase becomes Mr Roozen’s legacy.

Postscript: Even More Gaslighting, I Kid You Not

Earlier today, Nico Roozen doubled-down on his claims. The “real” problem is the way anti-slavery activists frame the problem of child labor; they (we, I), all lack culturally-relevant, nuanced understanding of slavery really is (or was). Textbook gaslighting.

Take a read for yourself and decide:

The motto of the NGO TechnoServe is “Business solutions to poverty.” This makes a lot of sense for an organization with deep roots in management consulting. However, what the motto fails to take into account is that many – if not most – of the challenges we face in cocoa are fundamentally human in nature, not economic. Human problems do not lend themselves to approaches with an emphasis on quants crunching numbers in spreadsheets.

I do know that slavery – modern or any other way you want to phrase it – will not be solved by gaslighting. It can only be solved by admitting that it is a problem that must be solved, making (not asking politely) that those who benefit from it accept responsibility for their contributions to the problem, not let them or their defenders or lawyers use sophistry as a defense, and make them commit to actually eradicating it. 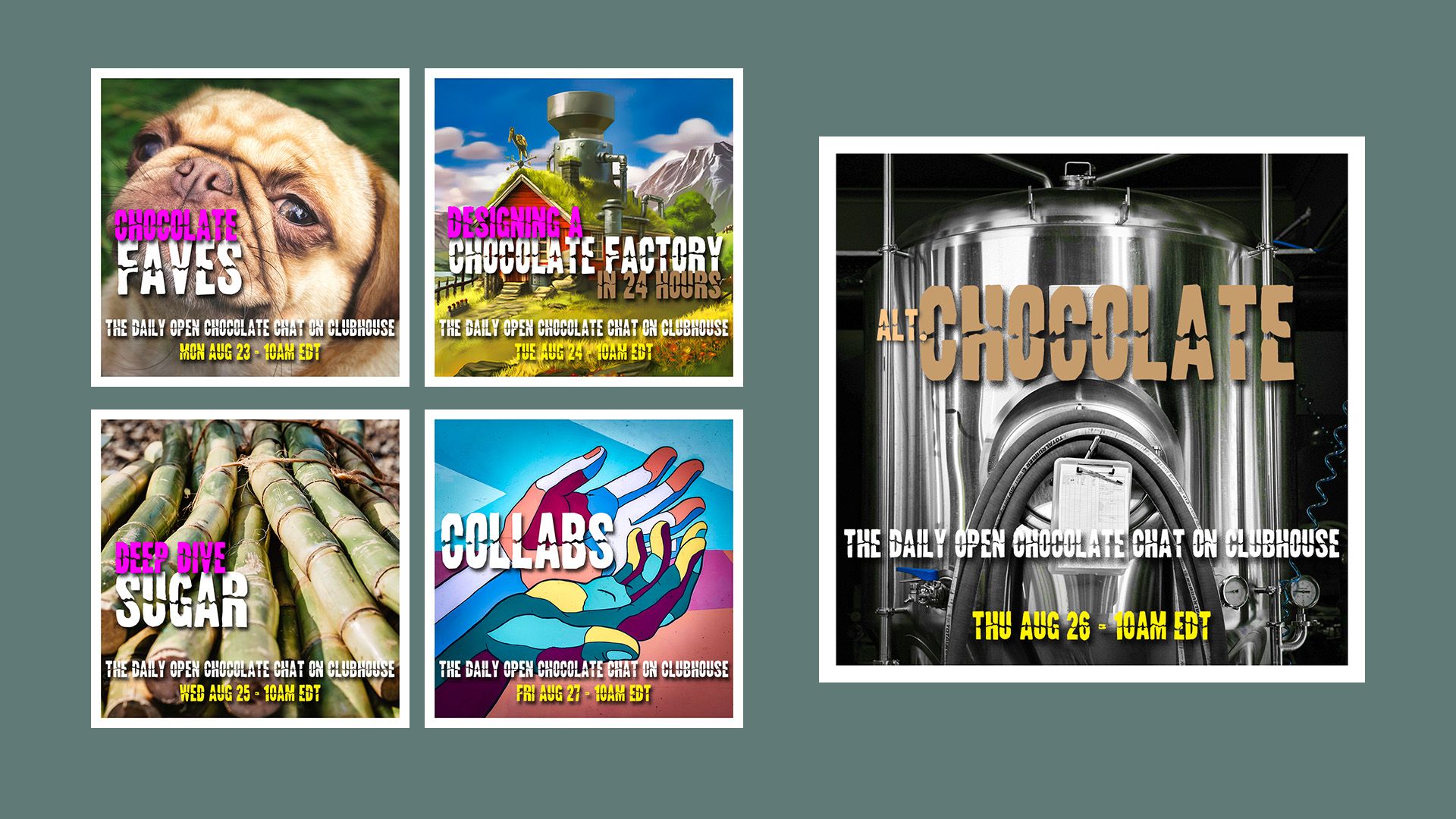 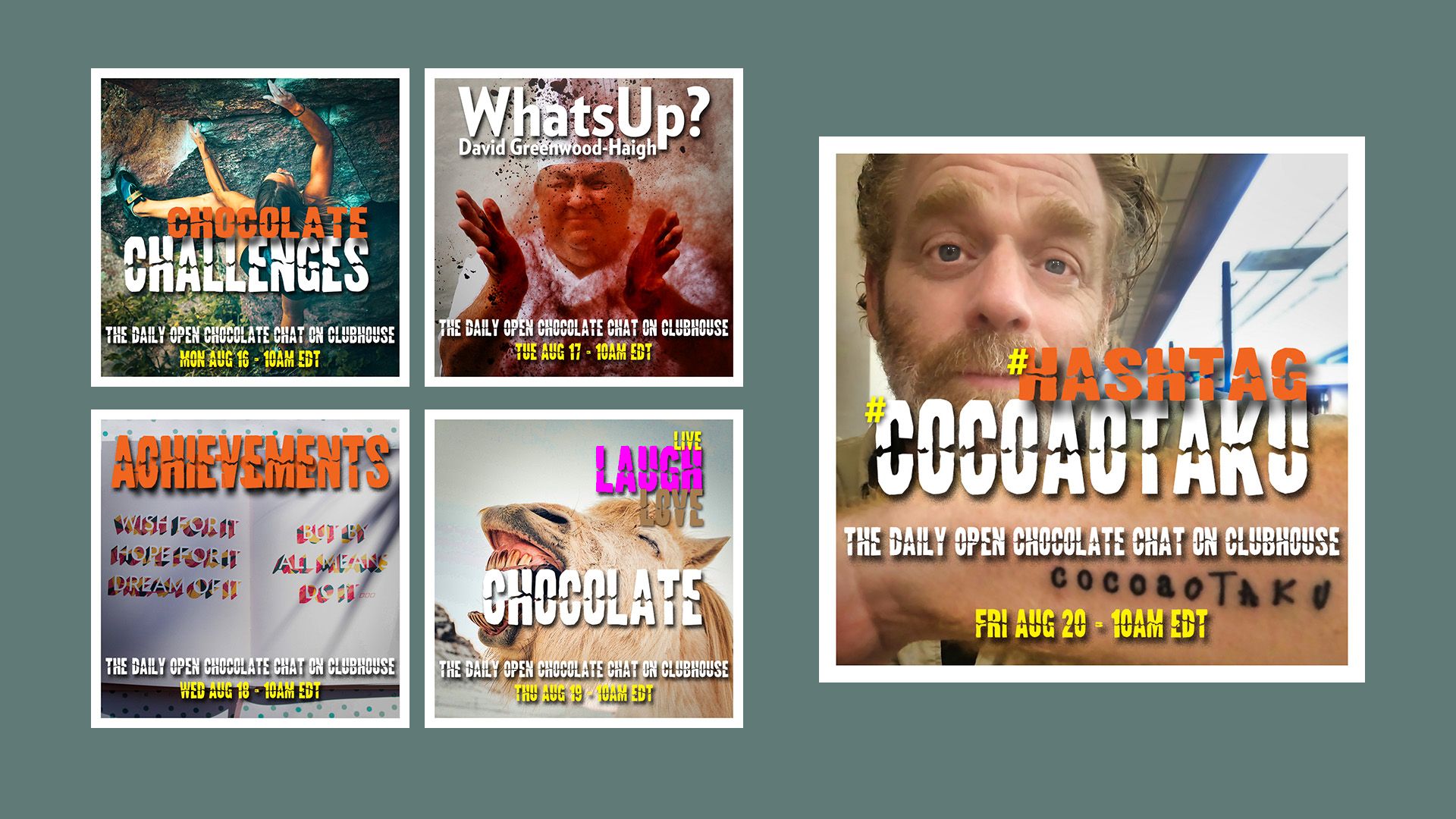