As this series unfolds over the next five weeks, I’ll offer a taste of what I’ve learned by breaking the proverbial chocolate bar into five segments - distinct blocks of the timeline that begin to tell the story of chocolate in New York City from the colonial period of the 18th century through to the developing craft chocolate phenomenon of the 21st century.

I had been a working pastry chef for many years before I fully embraced a deeper understanding of chocolate beyond its ubiquitous presence in the kitchen. Only once I had gained insight into the process from farm to factory was I able to fully respect and harness its capabilities. Likewise, though I might fancy myself a bit of a history buff in general, it’s only in recent years that I’ve given much thought to the rich timeline of cacao and chocolate.  I began to recognize chocolate very much as a product of evolution, innovation, and deep cultural significance. I was instantly fascinated with the story that begins the moment a human first pulled a cacao pod from the tree and continues today as a product with increasingly inventive applications. In other words, I’ve come to honor the notion that we – as producers, makers, users, and consumers – would not be where we are today without those who came before us.

History can be messy, of course, and acknowledging the darker moments of chocolate’s past corrects our willful ignorance, but it can also help us navigate the future of the industry.

The spark that ignited my historical research was struck as I began to create the Chocolate Lab for the Institute of Culinary Education as the school expanded into its current lower Manhattan campus in 2015. Though our work in the lab encompasses all aspects of chocolate, confections, and pastry, the bean-to-bar manufacturing capability is the heart and soul of the space. I realized that, perhaps, we might be bringing chocolate-making back to the neighborhood the city established itself from nearly 400 years ago. I began to ponder when chocolate arrived on the island, who was preparing it, and where and how they were making it.

In looking for those answers, however, I discovered that much of early American chocolate culture is buried under broad generalizations.

Much of the conventional storytelling is erratic, jumping around with scant references from the colonial period to the early industrial era of the 20th century, skipping over decades and muting the work of scores of makers. This lack of depth fuels the mainstream perception that over a century of chocolate-making in North America is but a marginal footnote to a story largely centered on the likes of Milton Hershey. Instinct and curiosity drove my detective work further into academic literature, and eventually, directly to primary source material and countless hours of searching for chocolate-covered needles in the historical haystack.

Initial efforts to fast-track the project began simply by putting some variation of “New York,” “Chocolate,” and “History” into a search engine - the scholarly equivalent of “minimal input, minimal output.” I next called upon a few skills I acquired after leaving the 60-hour workweeks of the restaurant grind several years ago. One of the hobbies I picked up with my newfound extra time was researching genealogy and family history. Though I hit a wall with my Eastern European side within just a few generations, my maternal English and Dutch ancestry opened a clear path that leads back over 500 years. I found the process of discovery thrilling. The same resources that introduced me to, say, Johannes Verveelen, an ancestral cousin who operated a brewery in 1650s New Amsterdam, opened similar doors in my quest for chocolate. A deep dive into census records, city directories, newspaper archives, and even architectural surveys provided many of the pieces needed to solve this puzzle, too.

Just as genealogy helps us better understand the grand course of history by considering its effect on relatable names and faces, I find the stories of local chocolate-makers past has added nuance to how I view the broad currents of chocolate today.

The millennia of chocolate consumption to mine offers many rabbit holes to explore, but I know my own limitations. I yield to people smarter than I whose work in those areas provides great breadth and depth of chocolate research. Training my sights solely on New York City, I’ve found a unique opportunity to compile a timeline of chocolate trade and manufacturing that mirrors the story of the city itself. New York is very much a city of the moment – condensed, frenetic, transformative. Instead of looking back, the hive mind is occupied by what’s happening now and what’s coming next. But every street corner has a story to tell, bearing witness to decades, if not centuries, of a sleepless city and its citizens trying to make it there.

As it turns out, chocolate flowed from dozens of storefront shops and factories dotting the Manhattan grid. The narrative arc reveals a rise (and fall) of New York as an epicenter of industry and a key gateway for chocolate culture as it boomed into the 20th century. Through the narrow lens of this New York state of mind, it’s not difficult to pull the focus to include the greater context of cocoa technology, trade, marketing, and labor.

Have thoughts and questions? Leave them in the comments and we will make sure to address them in the Clubhouse rooms. 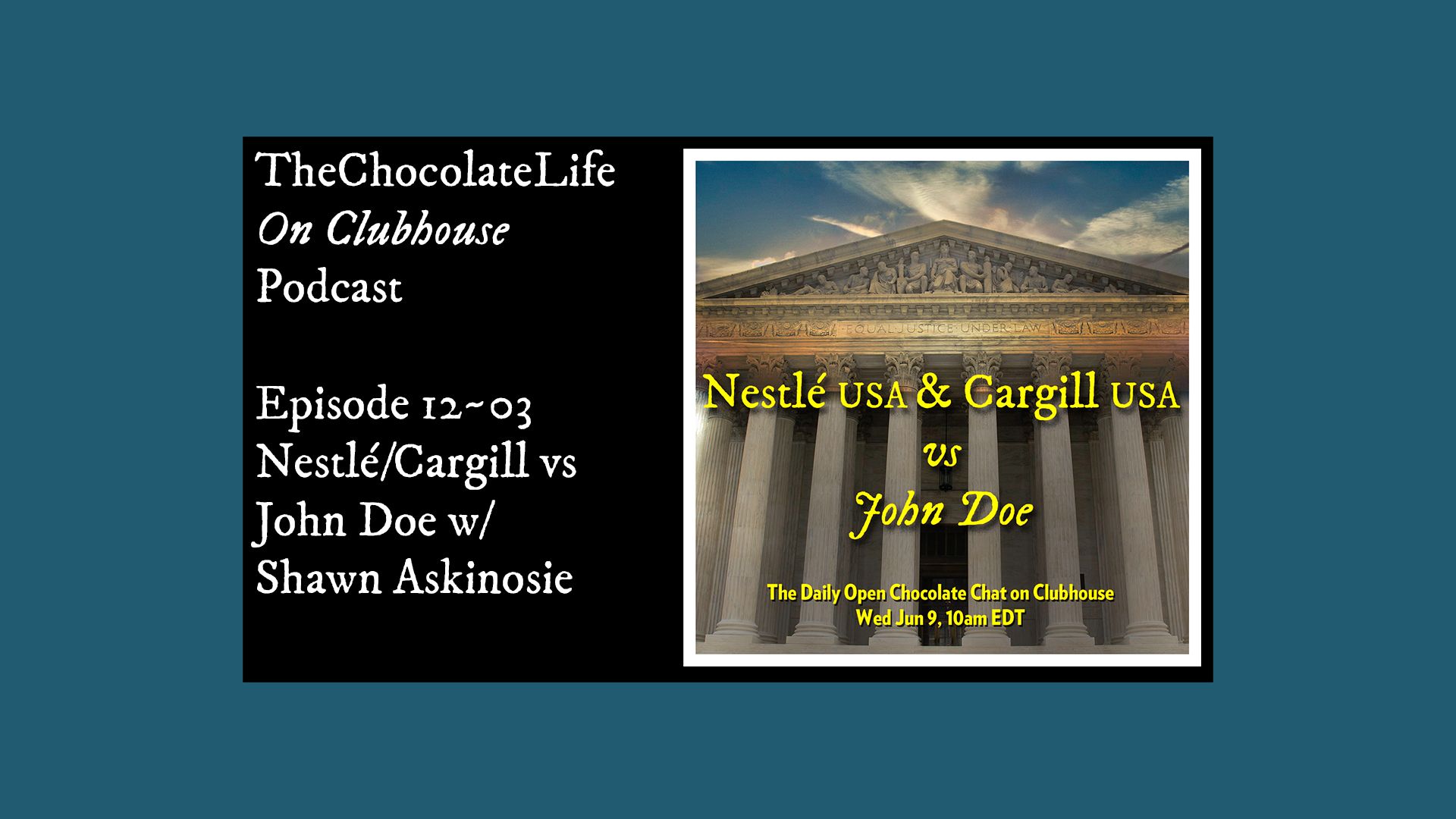