Nestlé has announced it has created a unique chocolate made entirely from the cocoa fruit, using the beans and pulp as the only ingredients and therefore not adding any refined sugar.

This was reported by the Bloomberg and other outlets with slight variations on the following language:

This language – along with pronouncements like the following – led to much confusion on the part of many who read the write-ups and not the original press release.

Nestle’s new 70% dark chocolate will have as much as 40% less sugar than most equivalent bars with added sugar.

Some media outlets went so far as to claim Nestlés new chocolate was sugar-free. Which it is not, of course – there’s roughly the same amount of added sugar in the chocolate, it’s just not refined white sugar made from sugar cane or beet juice.

What is Nestlé actually claiming to have done?

Anyone who has been to origin and experienced fresh cacao pulp firsthand knows it can be very sweet. The sugar content of some varieties can exceed 20%.

What Nestlé is claiming to have done is to replace some or all of the refined white sugar normally made with sugar cane or beet juice with sugar derived from cacao juice. Nestlé claims they are not refining the cacao sugar as much and so it retains some of the acidity and flavor that is normally present in fresh cacao juice.

Refined white sugar is used in chocolate because a) it is cheap, and b) it’s neutral, not adding any particular flavor on its own. Unrefined cane juice, coconut blossom sugar, maple, date, and other alternative sugars impart a flavor to the chocolate that some makers and consumers like but that others don’t.

From personal experience I will say that the flavor and acidity of cacao juice as a sweetener can complement the flavor of a chocolate in positive ways. A lot of my positive feeling are based on the fact I know the flavor of fresh cacao pulp and juice and I like it. A lot.

Why should you care?

Back when I was working on the development of Solbeso, a distilled spirit made from fresh cacao juice, we determined that a metric ton (MT, tonne) of fresh cacao seeds in pulp (also known as wet mass or cacao en baba) could contain anywhere between 65-150L of juice that could economically be fermented and then distilled into a spirit. The differential depends on the variety of cacao – with CCN51 at the very high end – as well as how much rain there had been before harvest.

If we take an average of 100L per MT of wet mass (to make the math easy) and assume the 2018 harvest was 4 million MT (also to make the math easy), it means that as much as 400 million liters of tasty sweet juice went unused. (That’s actually a simplistic calculation that does not take into account how the cacao is fermented as sugar levels drop during fermentation.) Fresh cacao juice also has a low pH (it’s quite acidic) and that means allowing large quantities to drain across tree roots and enter the local waterways can have negative effects on local ecosystems.

It’s also a lot of sugar going to waste, sugar that could become a supplementary income stream for farmers. 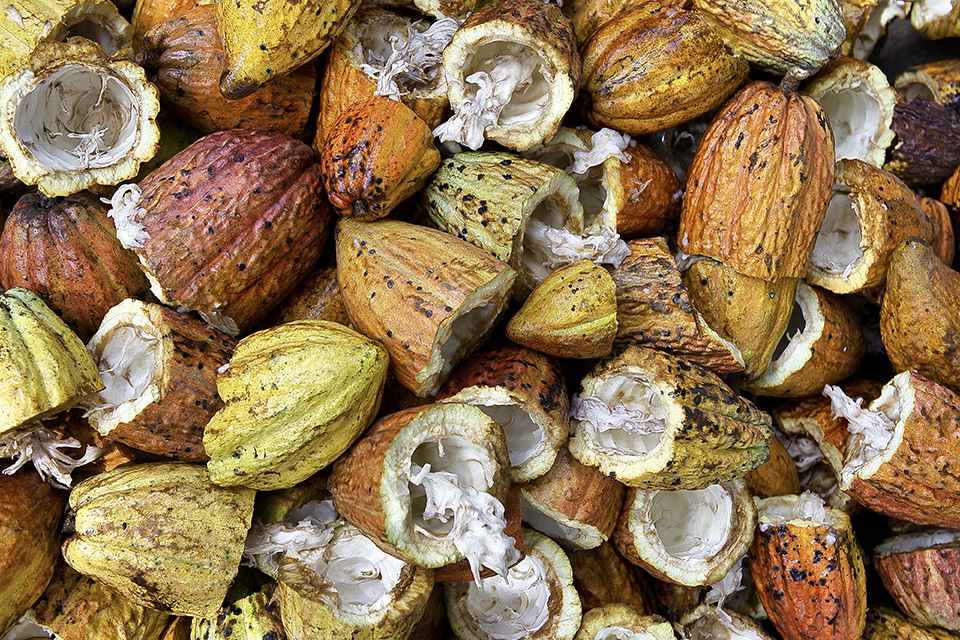 Collecting and processing the juice into sugar (or fermenting it for alcoholic beverages or any number of other things the juice can be turned into) can improve farmer incomes in ways that should not affect bean prices, and deliver environmental benefits as well. That’s what we did with Solbeso – we paid farmers to collect the juice that was normally wasted, paying a premium for fresher juice with higher sugar content.

Pioneering a supply chain to collect and process juice fresh cacao juice into sugar (or other products) on an industrial scale is why I think you should care about this announcement.

We (industry, consumers) should be actively campaigning for reducing waste in all agricultural post-harvest practices as well as looking at ways to convert what is normally considered to be waste into income-generating products in a way that avoids unintended consequences. For example, I am not for processing pods because for many (most?) farmers they represent an important source of nutrients for the soil/trees.

I also think it’s much more interesting if innovations like these deliver results that can improve the lives and livelihoods of farmers. One way to do this would be to valorize the sugar represented by the pulp and juice and pay a premium on that basis in addition to the seeds/beans themselves. This would necessitate changes to the way post-harvesting is done in many countries as it requires centralized processing to achieve the necessary economies of scale and in some countries there is an open distrust of cooperatives because of the potential for corrupt practices.

Looking closely at other claims Nestlé is making

Nestlé (or, more likely, Barry-Callebaut) is likely the first company to do this on an industrial scale. That is where they have innovated on the process, not actually invented anything new. I personally have added freeze-dried cacao pulp to cocoa mass as a sweetener around 2010. During a project in Costa Rica in 2008 that involved visiting a group making piloncillo from fresh cane juice we wondered if the vacuum evaporation tech used would work with fresh cacao juice. I know of others who have experimented with the same or similar processes going back as long ago as 20 years, ultimately giving up because a) freeze-dried cacao pulp is hugely more expensive than regular sugar, and b) because it’s a challenge to incorporate the cacao sweetener into chocolate. (It is implied that this is the subject of the associated patent mentioned in the announcement.)

Nestlé is not claiming to have reduced the amount of added sugar in chocolate, just as it did not claim to making sugar-free chocolate using this process. What they are claiming is the reduction of the amount of refined (white, cane or beet) sugar in a chocolate. This can be a 100% reduction in the use of refined sugar but that’s not a requirement; it can easily be a blend of cacao sugar and refined sugar. Only a close look at the label may tell.

It may be of interest at this point to examine other marketing claims Nestlé makes in the press release (and supporting documents). One of those claims is for volcanic chocolate. What is volcanic chocolate? It’s chocolate made from beans harvested from trees grown in volcanic soils. As a claim, it’s devoid of any real meaning or value – as it could also be applied to much of the cacao produced in Latin America. Just marketing language designed to lend a level of (undeserved?) exoticism to a product.

At least it’s more accurate than claiming there’s an entirely new type of cocoa bean that can be used to make pink chocolate.

For Sale: Double 100 lb. chocolate melters, gas fired. Old with new motor. Currently in use, no…