Oded Brenner was one half of the duo that is/was Max Brenner (“MB”) and is the eponymous bald man that the chocolate is by. After leaving MB and sitting out a non-compete agreement, he opened up the original Blue Stripes Cacao (“BSC”) shop on East 13th Street in Greenwich village (not quite) literally right around the corner from the original MB NYC location on Broadway just south of Union Square.

I wrote about the shop shortly (six days) after it opened in 2018:

Over the course of the next year or so I had the occasion to visit many times and my favorable impressions of what Blue Stripes was looking to do only became more favorable.

Looking to expand, Oded started looking for outside investment (probably low-seven figures, although I could not find an exact amount) which he found in the form of the corporate personage of The Hershey Company’s C7 Ventures group.

And then Covid happened. Blue Stripes closed its doors temporarily while the neighboring Nutella (a Ferrero brand) flagship store, which had just recently opened on the corner of University and 13th, closed permanently.

On the surface level, the changes in the store itself seem pretty minor. Fixtures and finishes seem about the same inside, and the most obvious change to the exterior, apart from tables and chairs replacing a single bench, is a sign beckoning passersby to “Get Your Daily Cacao Fruit Boost Inside.”

Inside, the space looks as it does the last time I visited – the same, or virtually the same, collection of cases, tables, chairs, shelving, and arrangements. What was different was the selection of goods displayed on the shelves. Everything is now branded Blue Stripes Urban Cacao; the phrase “distributed by” on the pack which likely indicates the product was made for them by an undisclosed co-packer, not manufactured by them.

The menus have changed, and the place was really busy with virtually every table and chair filled – mostly by the unmaked, many of them I would guess to be in their 20s. There were more servers behind the counter and the baked goods presentation was in disarray, something I had not see during any of my previous visits. (to be fair they did seemed to be slammed. But, not really an excuse.) The grinder used to grind the nibs for the hot chocolate was covered in plastic indicating it was not in use – but I ordered one anyway to see what would be served.

I did get a beverage that tasted like what I remembered the one made from freshly-ground nibs I have ordered previously, which was good – though I could not observe the method of preparation, so I don’t know what actually went into the cup. I was informed by the server that they were out of coconut milk, which is something I think should have been communicated to the order taker.

Because it was crowded (and even though I am fully-vaccinated and was masked up) I got my hot cocoa in a go cup (safety first!) so I was not able to see if the dine-in presentation, which I liked, had changed.

My overall impression was one of barely-controlled chaos, like the happening trendy bar at a trendy restaurant, one that also featured NYU students glued to their computers in the front window. When I first moved to NYC over 30 years ago that vibe might have appealed to me, but now I could not wait to get back outside.

The new branding leans heavily into cacao being a superfood, with packages touting various wellness benefits without making any actual health claims: “Whole Cacao, Whole Wellness.” We'll get back to that claim in the “Pay No Attention ... ” section, below.

This may be attractive to a large segment of the market – and I am confident it was extensively workshopped and tested in depth before it was decided on – but it is not a positioning that appeals to me.

I am very curious about the decision to use ORAC (oxygen radical absorption capacity) as a measure of antioxidant levels without using ORAC, alongside the abstruse technical nature of the measurement — µmole TE (trolox equivalent). 4,612 seems like a big number but it is presented without any context and so is misleading because it lacks important and necessary context. At least the blurb for magnesium has a %DV value but there is no RDI (Recommended Daily Intake) guidance from the USDA for either phenethylamine (regulates monoamine neurotransmission) or theobromine (a stimulant) so the amounts again lack context. Are these good amounts? Any clinical research to show efficacy with respect to the claimed wellness benefits?

I am also intrigued by the ingredients list which includes nibs, mass, butter, and powder.

There is a slight taste of ferment funk, which I don’t mind at all – in fact the marketing language at the top of the back side of the pack touts “wild aroma” which definitely shines through.

The bar is surprisingly coconut forward, which I also did not mind, but a friend I shared the bar with does not like coconut much and could not swallow the bite she took.

The bar is also surprisingly bright-sweet, not something I would have expected given that sugar is the fourth ingredient (after nibs, mass, and whole milk powder). This aspect of the flavor profile was the most distracting for me personally, though I did really like the crunchy texture and the overall heft of the cocoa content in the bar. I enjoyed the bar – I am not sure I enjoyed it enough to go out of my way to buy it again.

But of course, I do, and what I saw makes me wonder about the breadth and depth of what appears to me to be a disconnect between the branding and what could be happening.

As we were leaving after picking up our beverages, a delivery was being made:

After all the  branding language about whole cacao/wellness and superfood benefits on the Blue Stripes-branded packaged goods, it looks like bog standard Barry Callebaut 811 is being used for at least some of the products that are being made in-house and served (I am guessing here – I cannot think of any other reason for this chocolate to be delivered) to unsuspecting customers, believing everything they are consuming is made from whole cacao.

This is a mistake of major proportions if that is the case, IMO and is the reason I titled this review with the word “strikes” replacing the word ”stripes.”

Because the new branding no longer appeals/speaks to me, and the crowded nature of the shop, coupled with the fact that most of the patrons inside were not masked, Blue Stripes has fallen off my ‘Must Visit Chocolate Destinations’ when in in the Union Square vicinity list.

That said, the branding does appear to appeal to at least some segment of the market – the place was packed, SRO inside, people waiting for their orders, and all of the chairs/tables outside full.

I suspect at least some of the money BSC received from Hershey will be used to fund expansion beyond the NYC and Nashville locations. If these other locations prove to be as busy as the NYC location was I have little doubt of at least the short-term success of BSC. I do like the fact BSC are offering bags of dehydrated cacao pulp cubes (produced like a fruit leather) but the $20 price point seems a little problematic: Will customers purchase these for themselves on a regular basis at that price?

Furthermore, because of the fundamental conflict I see between the whole cacao branding and the apparent use of Barry Callebaut chocolate there is at least a decent chance (will BSC customers actually care?) of consumer disillusionment if/when this becomes common knowledge.

Your thoughts? Have you been to BSC? How was your experience? Share them in the comments below. 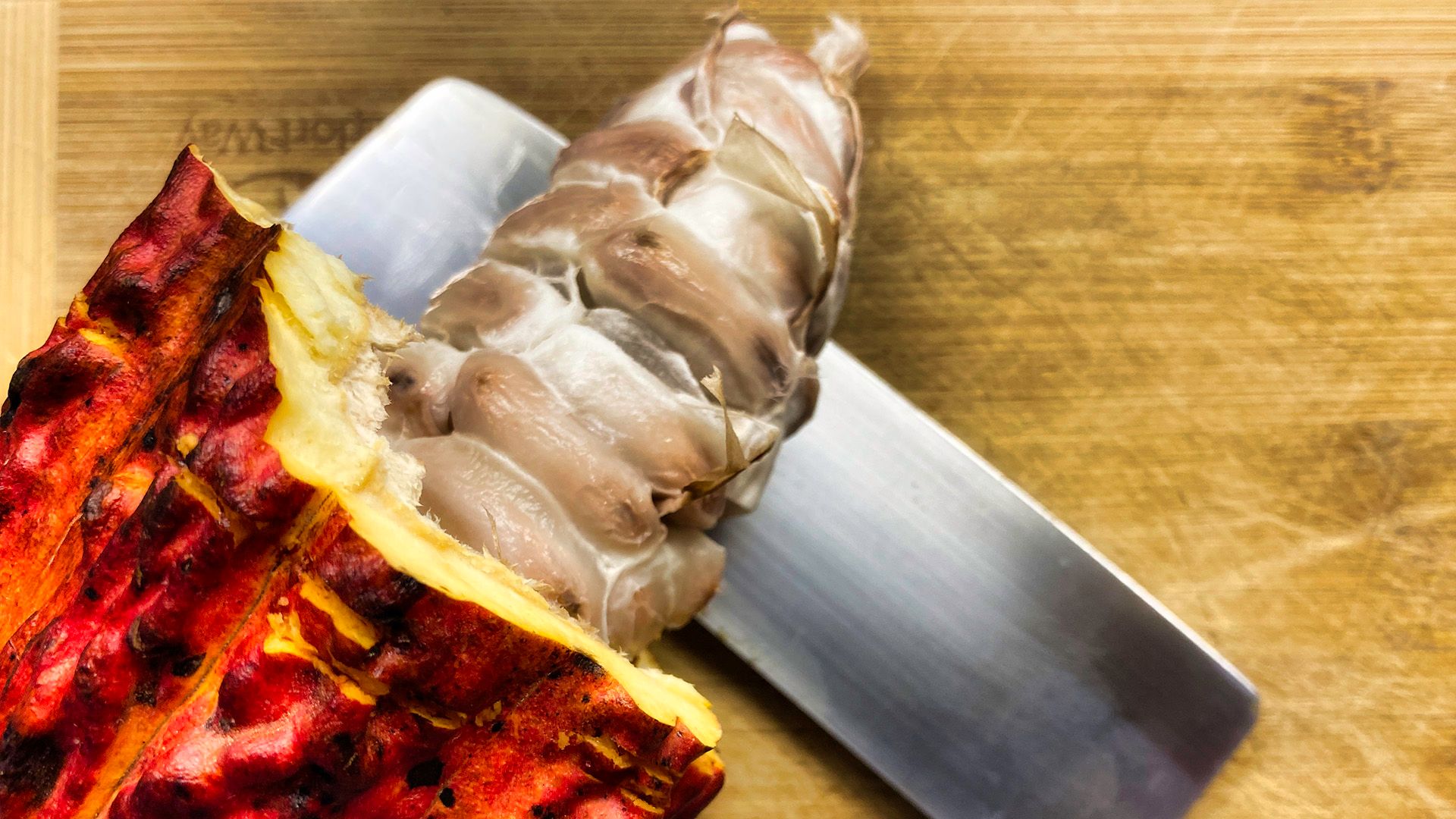 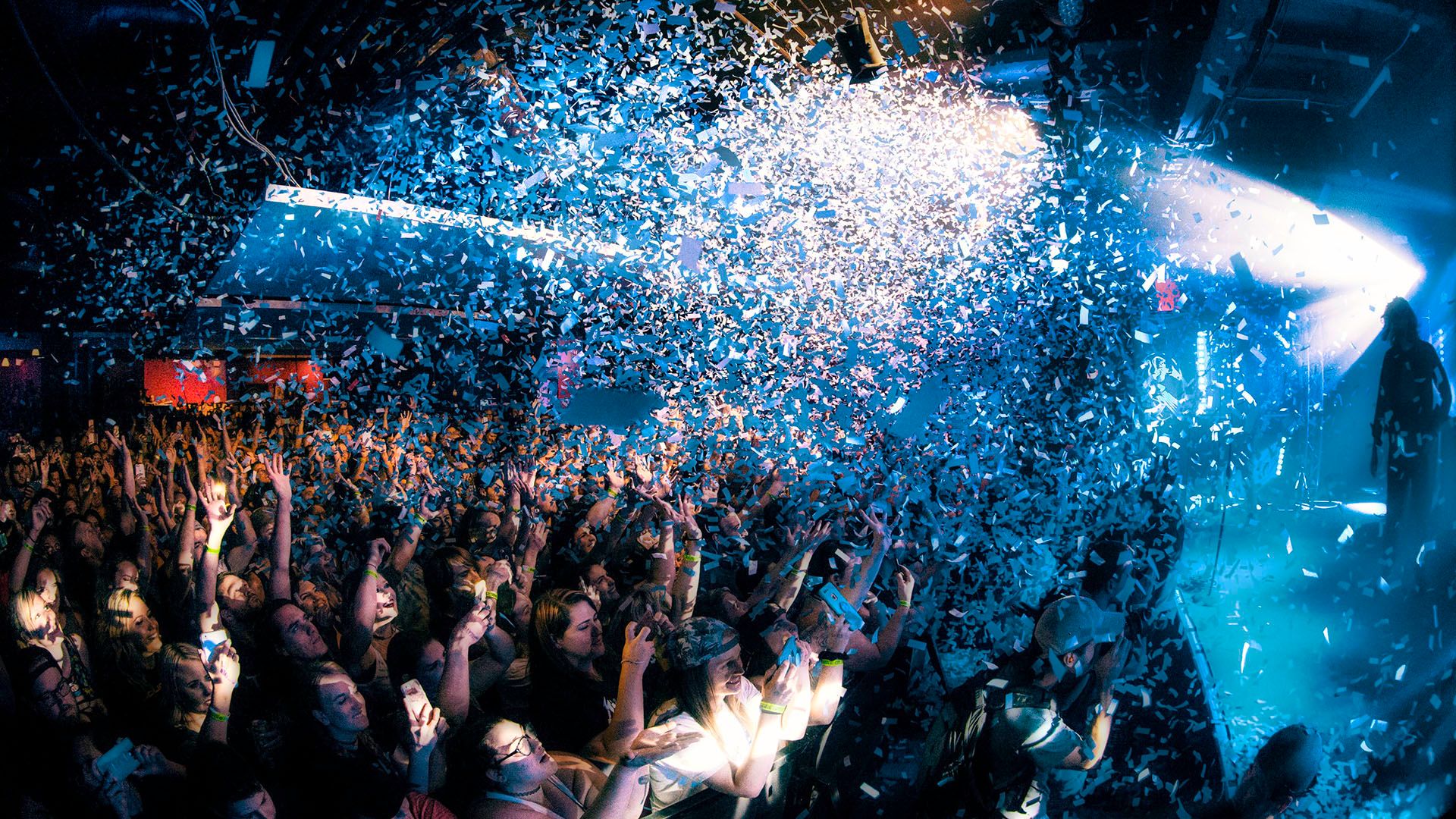