Updated on April 9, 2022 to add a new criterion for inclusion/exclusion.

One of the main attractions of the blacklist format, to me, is that it presents information in ways that encourage skeptical, critical, thinking, not blind acceptance – to get people, including you, dear reader, used to the idea they need to educate themselves and be vigilant, critical, and view claims that appear on product labels and marketing skeptically.

I deliberately chose to use loaded language (blacklist and whitelist) in a way I thought would call attention to the irony of my word choices. Some were not open to my ironic usage and suggested I could make the points I wanted to make using less polarizing language. So I have, and that list is here:

➡️
The proposed “black”list is not intended to be a proxy for doing your own homework. This list is my opinion of these companies based on my assessment of seven criteria, which are set forth below.

Catch the live streams where I discuss this list and and take your questions and comments. If you’re not able to participate live, comment below.

Reminder: You must be a member to leave comments. If you’re not already a member, it takes only a few seconds to join (click on Join to start). There is a free (free as in beer, free for life) membership tier but as always your financial support is appreciated and there are now four tiers to show your support with monthly and annual payment options.

An entity (a company, organization, or person) may be added (elevated?, demoted?) to this blacklist based on my assessment of the following criteria:

1. Don’t be a defendant in a child labor/trafficking and/or a deceptive practices lawsuit.

Duh. This criterion should be a no-brainer.

2. Don’t get booted off an ethical chocolate “whitelist.”

This criterion is about greenwashing, or making carefully worded claims that present the work being done in the best possible light while sweeping under the rug aspects of the work that undermine the veracity of those claims.

3. Don’t be overly proud of using (or being) one of “Belgium”s Finest.”

Look closely – a large Belgium-based chocolate maker that is a subsidiary of an even larger multinational says they make ‘real chocolate’ as well as ‘real Belgian chocolate.’ What’s the difference? Is it a difference that makes a difference? But that’s the nature of this beast. Confused, yet? (That may be the point.)

4. Don’t fail to fully represent your relationships with supply chain partners. Don’t misrepresent them, either.

The nature of international, multicultural, multilingual conversations makes it easy for a company to have carefully crafted messages for different audiences, professional, consumer, and regional (NL vs UK vs US). A lack of internal and external consistency in messaging may be a sign that a company is engaged in obfuscation, knowing that few people have the knowledge – or the will – to figure it out. Or care.

Any entity that engages in the practice of mass balance will be subject to this criterion.

5. Don’t be a subsidiary of a company that matches any of the above four criteria.

This can be really hard to keep on top of and it requires specific knowledge of the corporate ownership structure of multinational conglomerates. Are we talking just chocolate, or also chocolate and confectionery, which includes gums, gummies, boiled sugar candies, sweet cookies and biscuits, cakes and pies, and more. And a multinational making chocolate might also make pet food. It is a rabbit warren: how far you backtrack the degrees of separation is a hugely subjective decision.

6. Don’t be, or support, an NGO that engages in practices that can be considered neo-colonial economic imperialism.

“Who decides what’s fair?” is at the heart of this criterion. One way to describe “‘Fair’ Trade” is as a system in which privileged actors (try to) coerce less-privileged actors to adopt their values (those of a culture foreign to the less-privileged actors), make them pay for the “privilege” (certification and auditing fees), while the NGO accepts none – 0% – of associated upstream economic risks. Not all NGOs are bad actors, nor are all their members, but it requires a lot of research to determine who’s what.

7. Don’t gaslight, engage in apologetics, or use marketing language that is deliberately disingenuous.

Gaslighting is a form of communication that deliberately sets out to make someone question their own reality. Ian Watson has written, “If you have to be persuaded, reminded, pressured, lied to, incentivized, coerced, bullied, socially shamed, guilt-tripped, threatened, punished, [or] criminalized ... if all of this is considered necessary to gain your compliance you can be absolutely certain that what is being promoted is not in your best interest.”

Examples of deliberately disingenuous marketing language include “World’s First ...” on products that are demonstrably not and “Made with Real ...”.

🤯
One disingenuous attempt to deflect is to use the term “modern” as in “there is no modern slavery in our cocoa supply chain.” Modern slavery as opposed to “____” (fill in the blank) slavery ? The chattel slavery of the triangle trade? Biblical slavery – as in Exodus, Leviticus, and elsewhere? Are you a Jew or a Heathen in that scenario?

Slavery is slavery. Anyone who tries to convince you otherwise is wrong on many levels.

If someone attempts to deflect, ask them this simple question: “Would you agree to subject yourself (and/or your spouse/children/siblings) to those same working and living conditions?” If the answer is anything but “No!” – if there is any attempt to prevaricate or deflect or engage in verbal sophistry – beware: someone is trying to gaslight you.

8. Don’t conduct “business as usual” in Russia while they’re committing atrocities in Ukraine.

One of the real challenges in maintaining a list like this is to unwrap and expose the fact that most cocoa/chocolate products are funneled through a relatively small number of companies. While many in the industry know about the mutually beneficial relationship between Tony’s Chocolonely and Barry Callebaut, most consumers probably are not. And these relationships matter.

For example, one company that earned the highest (green bunny) ranking on the 2020 Mighty Earth Easter Scorecard was Alter Eco. Alter Eco is a marketing company, they don’t actually manufacture the chocolate they sell. Manufacturing is done by Chocolats Halba, another green bunny company.

However – and this is a really big but that can neither be denied nor liked – Tony’s Chocolonely is on the green bunny list despite their relationship with Barry Callebaut (a yellow bunny company based on one self-reported criterion) – in other words, a participation award. At least IMO. And I get there are politics involved.

⁉️
Ask yourself the following: “Who manufactures the chocolate that The Endangered Species Chocolate Company sells?” and, “Who owns Green & Blacks?”

While there may be things to admire about those companies, without knowing the extent of their supply chain relationships how can we determine if they belong on a wicked bad list How to Support Work on the Blacklist

Consider becoming a Premium Member of TheChocolateLife at one of the Team TCL Leader, Team TCL Champion, or Team TCL Guru levels. Click on a Join link to start the process.

Just one of the question sets that need to be addressed is how to assess progress made towards goals set by companies.

I don’t have answers to these questions, today, as I engage in the creation of this list. I don’t know that the questions are answerable by one person. But they are questions I have been, and will continue, to ask.

👉🏼
And if there is one thing I have learned over the past twenty-plus years working in cocoa and chocolate, it is that the short answer to almost every question is, “It depends.”

the wicked good (& the wicked bad & the fug ugly)

In doing the research on this list, it occured to me there needs to be a guide to the guides. There appear to be literally hundreds of them (Google returns over 10 million hits on a search on “ethical chocolate list”). Some of them appear to be written by groups with serious journalistic and research creds – many are not,

⚖️
Mention on the following list does not necessarily constitute endorsement of the opinions expressed by the authors and/or publishers of the linked resource – with the exception of entries linking to articles on TheChocolateLife, of course. I heartily endorse my own opinions. YMMV. Form your own opinions.
➡️
If you have a company/group/resources you think should be added to one of these lists leave it in the comments with reasons.
➡️
If you believe there is an error of attribution or misattribution, please communicate about it in the comments section, with reasons for why you think there is an error, so there is a public record of the dialog. 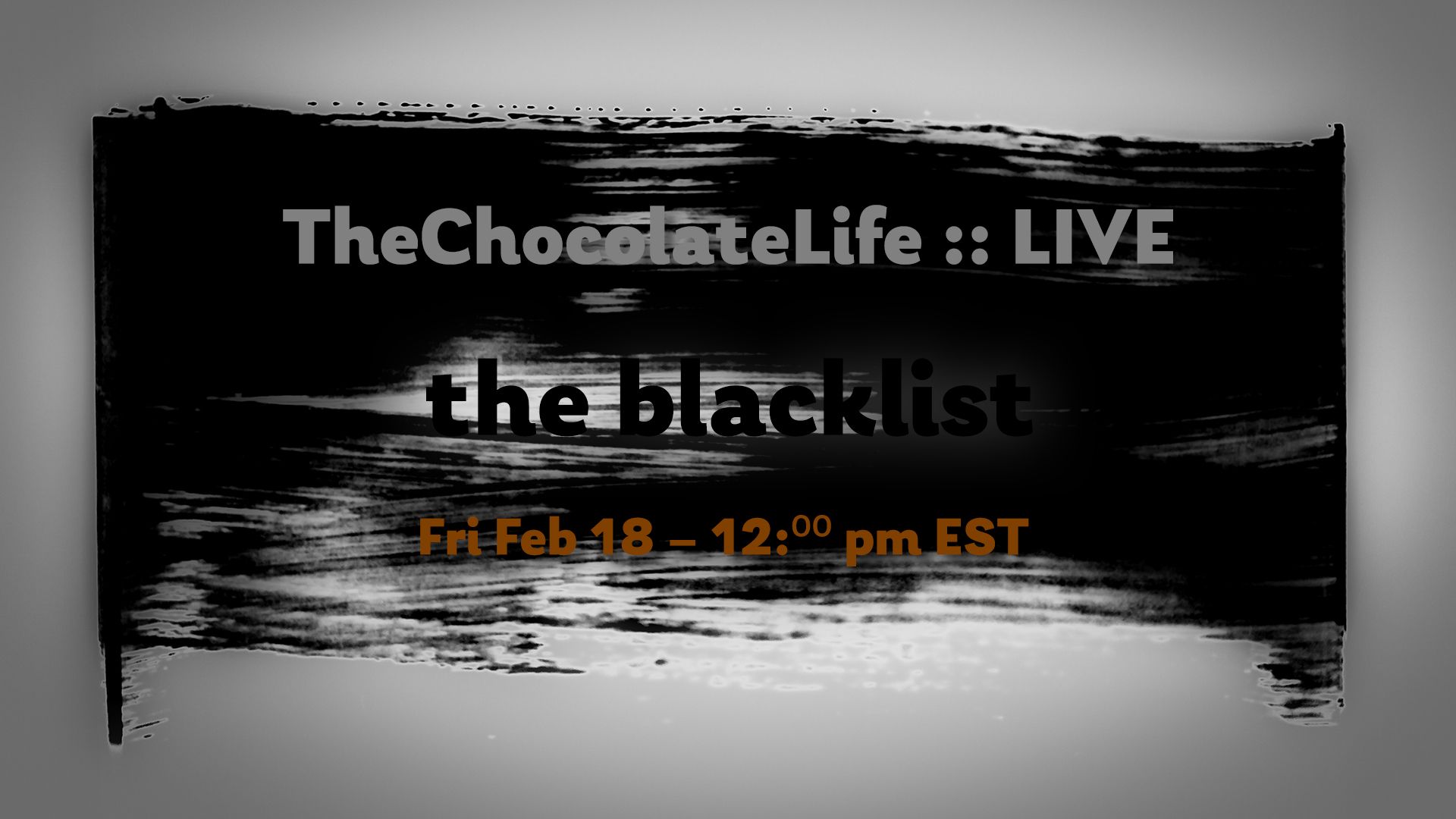 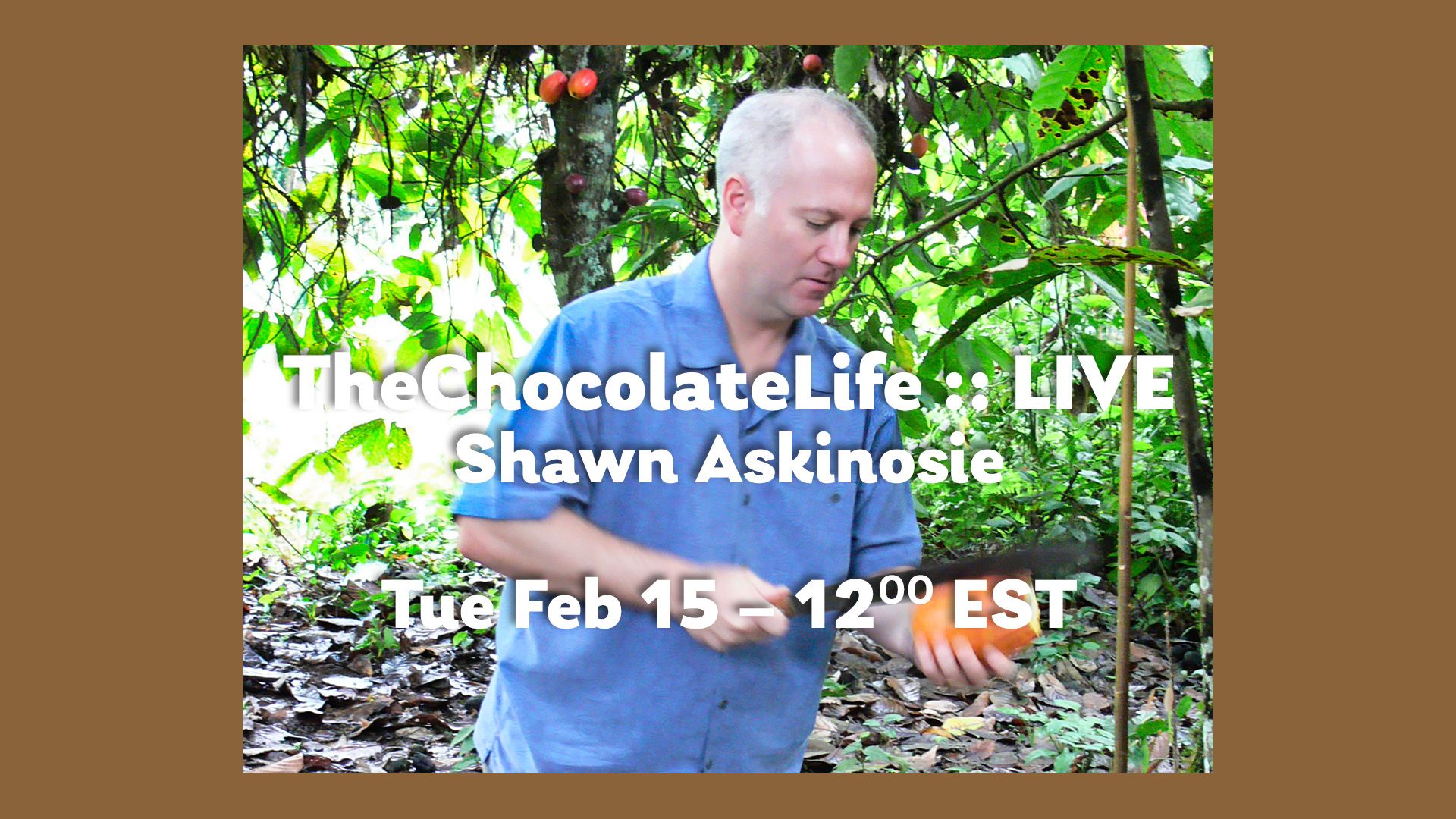